Despite a global pandemic that rocked global economies, India continued its historical growth trajectory as the fastest growing major economy in the world and the third largest contributor to global gross domestic product (GDP). Here are some facts. First, India is expected to contribute more to global GDP in purchasing power parity (PPP) terms than a combined Japan, Germany, Russia, Indonesia, Brazil, and France in the next six years. Second, India represents the fourth leading destination for foreign direct investment in the world. Third, in 2020, India had the highest number of unicorns, led only by the United States and China. Finally, at the end of 2021, the size of the average private equity and venture capital fund was $145 million and $37 million, respectively.

There are massive opportunities in India, many of which are discussed in “CAIA Insights: The Rise of India’s Private Equity,” a brand-new seminal piece released by CAIA Association this month. In this month’s edition of Chronicles of an Allocator, we uncover some of the most exciting trends in India, and we would welcome you to join an upcoming webinar on March 16 at 9:30 AM IST or March 17 at 11 AM EDT that walks through the new research. This month’s guest author is Navneet Munot, Managing Director and CEO of HDFC Asset Management, who details India’s claim to fame on the capital market stage:

“History doesn’t repeat itself, but it does rhyme” – Mark Twain

Financial history is full of cycles and events, throwing interesting similarities between occurrences across different time frames. Along the same lines, one can draw interesting parallels between recent developments in India and those witnessed in the U.S. in 1980s. 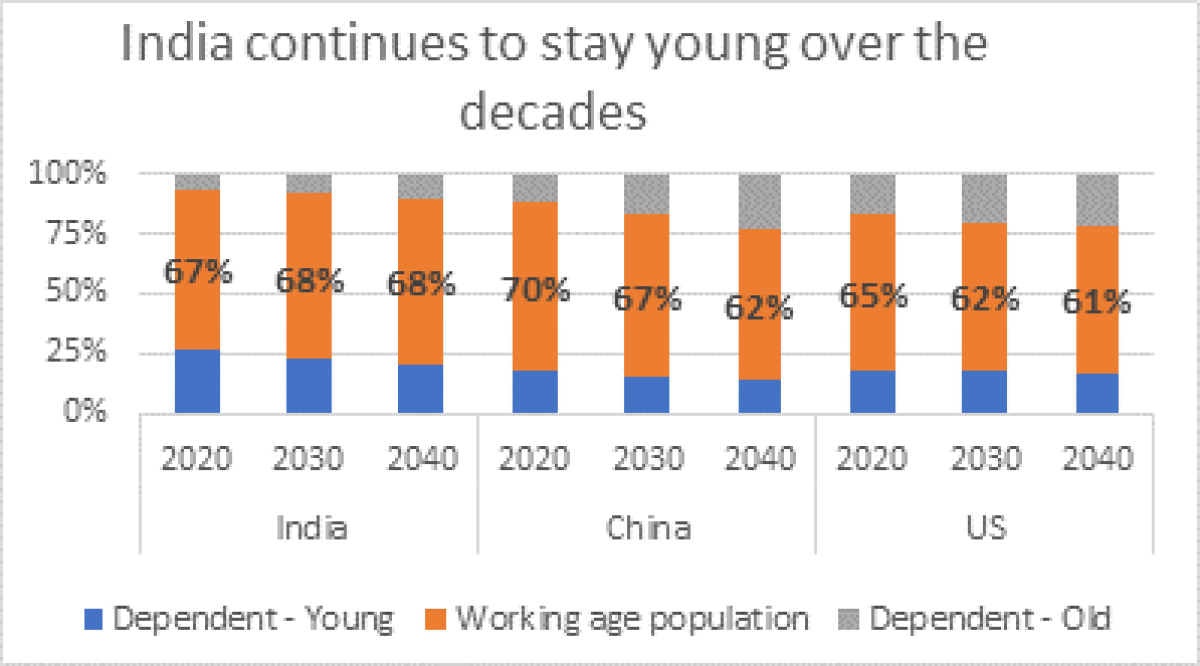 In the 1980s, owing to the Baby Boomer effect, the U.S. reaped the demographic dividend of a relatively young population. This period was also marked by Paul Volcker’s decisive actions to rein in runaway inflation. This set the U.S. back on track for long term economic expansion with inflationary expectations firmly anchored. Speaking of economy, one cannot look back at this period in U.S. history without a mention of Reagan’s famous words, “Government has no business to be in business.” Moderation of government spending, reduction of tax rates, deregulation, and lower government intervention in business formed the pillars of economic policy during this period. All of this led to the U.S. enjoying a long period of NICE (non-inflationary continuous expansion). Around the same time, the widespread rollout of 401(k)s revolutionized the way Americans saved for retirement. This also ensured a huge supply of patient capital aiding the massive innovation and growth in private equity, venture capital, high yielding bonds, securitization, muni bonds, REITs, etc. 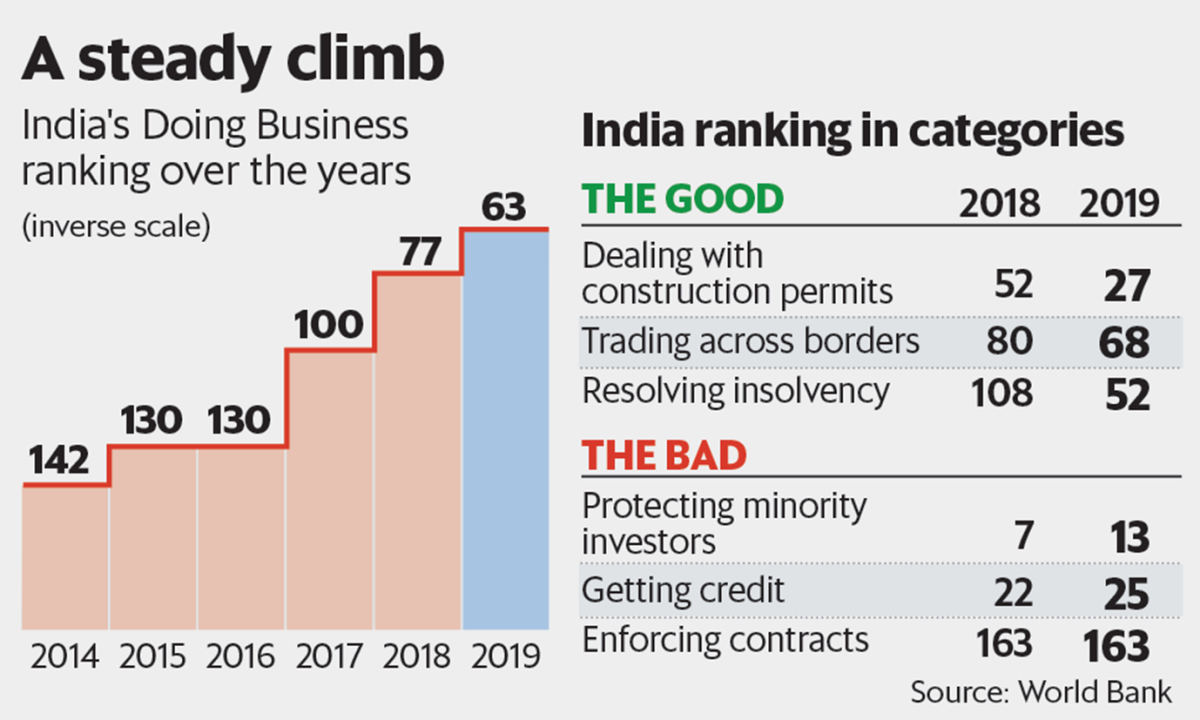 India, too, may be on the cusp of a similar era. India has been maintaining a steadfast focus on structural reforms. The recent privatization of India’s national carrier, Air India, has presented a successful case for privatization. The Reserve Bank of India (RBI) too has adopted a blend of conventional and unconventional measures to support growth within a well-defined inflation target framework. On the demographic front, India would want to emulate the U.S. of the 80s to reap demographic dividends of its young population. It’s a tech-savvy population, with India emerging as the leader in per capita data usage. Focus on expanding the social security net makes India’s growth more inclusive. Climate change is a challenge but India is taking it as an opportunity by leveraging technology in areas like energy, transportation, and housing to ensure growth is sustainable. Sustainability and equity are highly distinct features of India’s growth model.

Further, just as 401(k)s triggered a culture of long-term investment in American investors, in the Indian context, increasing acceptability of SIPs (Systematic Investment Plans), which allow investors to invest fixed amount at regular intervals in mutual funds, has laid the foundation for disciplined long-term approach to investing. It is worth noting that the monthly SIP contribution has gone up almost threefold in the last 5 years. In fact, the AUM of the Indian mutual fund industry has grown fivefold over the last 10 years. Further, increasing retail participation in direct equities (retail demat accounts have doubled in the last 3 years), IPOs, and instruments such as REITs and InvITs (Infrastructure Investment Trusts) too indicate a growing trend of financialization of savings as well as assets. India is also one of the largest consumer, producer, processor, and trader of commodities and the capital market regulator is supporting innovation in commodities trading with a pragmatic approach. 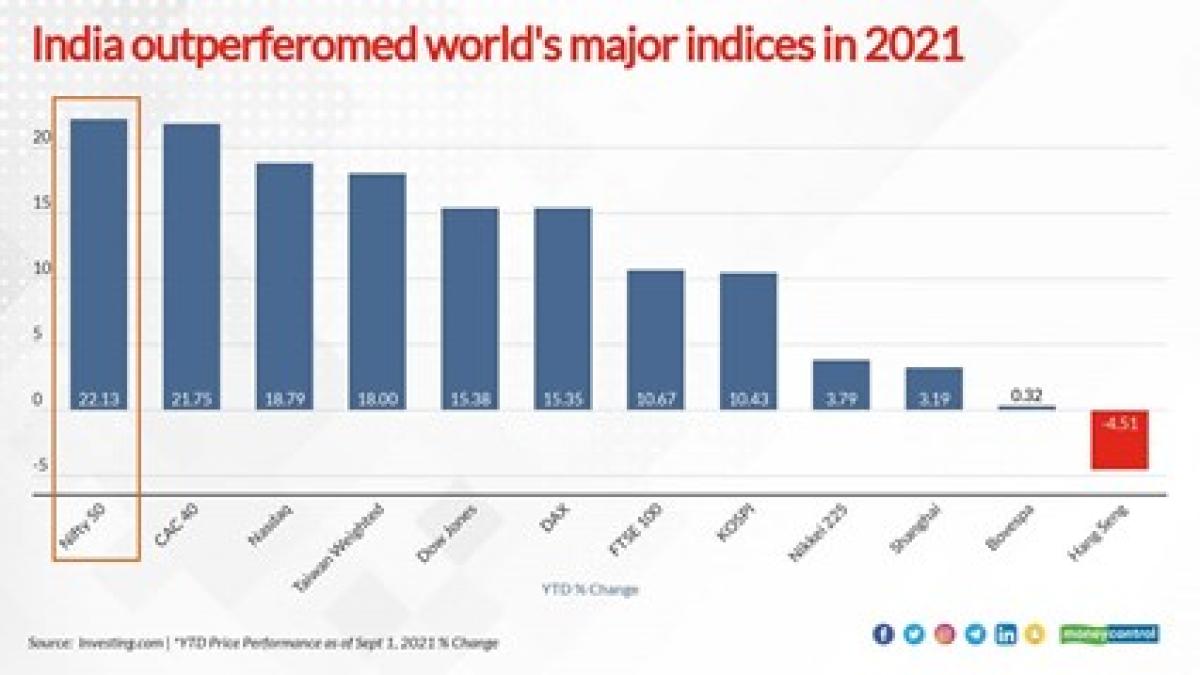 Indeed, Indian capital markets have come a long way. In 2020, the National Stock Exchange (NSE) emerged as the world’s largest derivatives exchange in terms of the number of contracts traded. It also ranked fourth in the world in cash equities in terms of number of trades, as per the World Federation of Exchanges. Recently, India became the world’s sixth largest stock market by market capitalization. India’s endeavor to emerge as a global financial hub received a boost with the establishment of India’s maiden International Financial Service Centre (IFSC) in the form of the Gujarat International Finance Tec-City (GIFT City). This IFSC is already attracting the attention of a number of Alternative Investment Funds (AIFs) as it provides world-class infrastructure, tax efficient structure, and convenient access to multiple markets. Further, the IFSC offers flexibility to AIFs on investment concentration norms, diversification limits, in addition to other tax and regulatory benefits. This will add a boost to AIFs, which have seen increasing interest from both institutional investors and other accredited investors. Total commitments raised by AIFs have grown more than eightfold between September 2016 to September 2021, indicating growing popularity of this asset class.

Recent introduction of the concept of “accredited investors” by the Securities and Exchange Board of India, the capital markets regulator, was cheered by the AIF industry. India’s startup ecosystem – the third largest in the world – is buzzing too. Indian startups raised ~$38 billion in 2021, a threefold increase over 2020. The growth of India’s startup ecosystem augurs well for AIFs by presenting them with ever-growing avenues for investment. Evolution of REITs and InVits is shaping up well. While the global private equity and venture capital giants like Sequoia, Tiger Global, SoftBank, Blackstone, and Carlyle have been investing enthusiastically in India for a long time, domestic players are rapidly catching up.

Foreign direct investments in India rose to a record $81.7 billion in FY2021 reflecting the global trust in India’s growth story. With its democratic roots, business friendly approach, pro-globalization stance, and a huge domestic market starting with a low base on per-capita income, India will continue to remain an attractive destination for investors.

French poet Victor Hugo once said, “Nothing is more powerful than an idea whose time has come.” This could hold true for alternative investments in India as a new era beckons.

In this month’s Chronicles of an Allocator, my colleague and resident expert, Shreekant Daga, CAIA, CFA, FRM, has curated a collection of content on all things India-related. Topics include an economic outlook for the Indian economy, inflation, and the state of private capital fundraising.

A growing spotlight cuts through the overcast skies

Pegged as the world’s fastest growing major economy, India is all set to take its place on the world stage… with a giant spotlight shining down on it. Like many other countries, a combination of increased vaccinations and pent up demand (and savings) are likely to lead to larger discretionary expenditures within the affluent segment of the population. Similar to the rest of the world, however, COVID-19 variants and inflation remain key concerns. 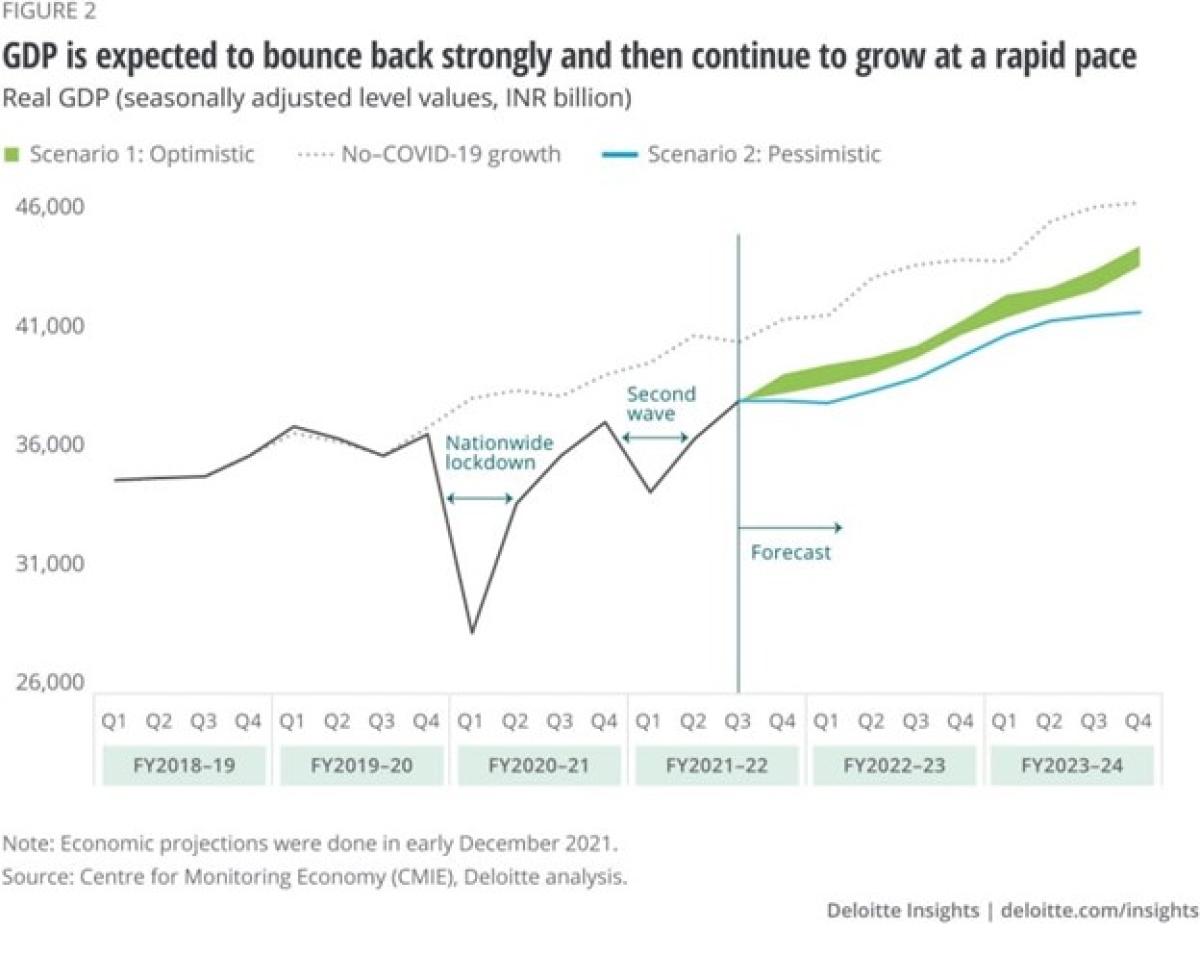 Beyond an initial recovery, economic growth is likely to continue to accelerate after the pandemic is over. Telecommuting, e-commerce, hybrid workplaces, and digitization are expected to evolve rapidly, reshaping consumer preferences and, therefore, business operations.

Silicon Valley, watch out! The Indian startup ecosystem is quickly becoming synonymous with tech enabled businesses, as four of the top ten Asia-Pacific FinTech deals came out of the country. Payments, blockchain-enabled, digital currency, wealthtech, and insurtech businesses are all offshoots of the tech revolution occurring within the country. Private equity (PE) and venture capital (VC) investments, as well as M&A activity have pointed towards sustained interest in tech empowered business in India and around the globe alike.

After a tough 2020, the Indian buyout and venture capital industry hit the reset button. In 2021, deal flow surged to pre-2020 levels. In fact, investments by private equity and venture capital firms in Indian companies touched an all-time high of $77 billion in 2021, almost 62% higher than in 2020, a report by IVCA-EY showed. India further emerged as the third largest start-up ecosystem with 44 unicorns minted in 2021 alone, and having its own handful of decacorns. A strong public market also meant greater opportunities for exits through initial public offerings, alongside secondary and strategic sales.

In 2022, the stage is set for record levels of fund raising as the industry accumulates gun powder. India-focused PE and VC funds secured $3 billion in January — nearly 40 percent of the $7.7 billion raised in 2021. And the big players are getting involved in a meaningful way, including Sequoia Capital India's plan to raise $2.8 billion in funds dedicated to Indian and South-East Asian start-ups, after building more than 30 unicorns already. Only Tiger Global has funded more Indian unicorns with investments in close to $40 billion start-ups.

Several themes have been noticed in the fund raise focusing on technology, clean energy and ESG. Venture debt is fast emerging as the fourth largest category after general PE, VC, and private equity real estate, respectively.