The Collateral Crunch: Confusion and some Relief 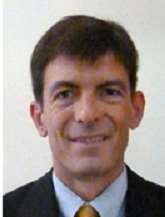 Last month/year a white paper co-authored by BNY Mellon and the banking consultancy Rule Financial observed that the asset management industry is concerned about a collateral crunch, as the use of central counterparties in derivatives transactions expands in coming months. This paper received a dutiful summary here.

There have been pertinent developments since. Almost immediately after the release of To Clear or Not to Clear … Collateral is the Question, the IntercontinentalExchange and NYSE Euronext announced that the former would purchase the latter in a stock and cash deal valued at approximately $8.2 billion. This probably enhanced the already prevalent uncertainty about the global market for derivatives exchanges and the services they provide.

Sean Owens, Director, Fixed Income and Derivatives, Woodbine Associates, pictured above, explained recently why he thinks the combined firm will itself be a strong one. It will have a greater ability than does either of its existing precursors “both to execute and to clear across a wide range of different asset classes.” The clearing capacity “will drive growth in its more profitable execution business.”

Some pundits in the econoblogosphere have said that the deal is all about LIFFE, and currency derivatives. Owens didn’t entirely agree. Although yes, ICE's acquisition of LIFFE "certainly has the most synergy" of all of the components it will acquire, he added that ICE as buyer will also “benefit from the entire organization, particularly the added product/asset class breadth, and from the famous ‘New York Stock Exchange’ brand, as well.”

The Plates are Shifting

I spoke about this and related matters with David Field, (above) executive director at Rule Financial, asking for his take on such events for me in light of the contentions of To Clear or Not to Clear.

Speaking of the ICE/NYSE deal from the point of view of clearing, he said: “The tectonic plates are definitely shifting” in that world. There are both horizontal and vertical ways of responding to these challenges, ways by which the providers of these services can seek to keep their balance amongst the shifting plates. For example, LCH.Clearnet is building clearing capacity in a wide range of markets, which allows for cross-margining.

On the other hand, he said; with the impending ICE/NYSE deal “we are seeing a strengthening of the vertical model, in which exchanges, settlement and clearing are brought within one ownership silo.”

In recent days, Reuters has reported (courtesy of three anonymous “sources close to” ICE), that the buyer would want to sell the four stock exchanges that make up Euronext – the exchanges at Paris, Amsterdam, Brussels, and Lisbon – either through an IPO or through a straight sale. NYSE Euronext is denying this, and ICE refuses to comment. I have no opinion, except that if true it would certainly confirm the broad consensus that the action these days, the vigorish, is in derivatives and clearing, not in old-fashioned stock exchanges.

The bottom line of all this though, is that not only is a collateral crunch on the way, but there is a good deal of uncertainty even regarding the surrounding institutional structure wherein that crunch will have to be met.

Has there been any good news, though, for the embattled asset managers standing at the bridge?

Perhaps most important, on January 6, the Basel Committee on Banking Supervision announced that for the purpose of the satisfaction of Basel III rules it is broadening the definition of what constitutes a high-quality liquid asset. Also, it is phasing in the timetable for compliance, so that banks will not be expected to be at 100 percent of the liquidity coverage ratio until January 1, 2019.

Field told me there “is certainly a connection between this decision and the collateral-crunch considerations we discussed in our paper,” To Clear or Not to Clear.

“The banks have been lobbying quite intensely to persuade the committee that there are too many calls on their collateral, and that the liquidity requirements are just one of many, especially since the collateral allowed by the original rule consists only of government bonds and cash in the custody of central banks. There just wasn’t going to be enough of that for the various demands on it. Now it appears that the lobbying has made that point successfully.”