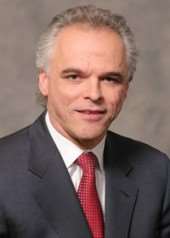 The AIMA, with the support of Deutsche Bank, recently commissioned its 2012 edition of the Roadmap to Hedge Funds, written by Mr. Alexander Ineichen.

The report eloquently outlines the hedge fund’s history and value proposition, and demystifies the industry’s myths. The report accurately claims that active risk management is a key differentiator of hedge funds with respect to traditional asset management and that “risk management is by definition an active undertaking.”

What is exactly active risk management? Is hedging-out unwanted risk and assuming the intended risk adequate? Does it require behavioral traits to be undertaken effectively? What does this imply to the portfolio manager expressing views and conviction, but faced with winning and losing positions? Is "absolute return investing," as claimed by the report, confined to the concept that “implies that the risk-neutral position is cash (or no risk positions at all)”?

Albert Einstein said that the “greatest risk of life is taking no risk.” Is absolute return possible while assuming risk? Mr. Einstein also claims that “if you can’t explain it simply, you don’t understand it well enough.”. So this article will seek to explain in simple terms what constitute an absolute return strategy and how its framework differentiates from most hedge funds and traditional asset management.

The origin of absolute return strategies does not coincide with the emergence of hedge funds, per se. Although difficult to pinpoint its genesis, absolute return strategies became significantly more prominent and “institutionalized” as global banking organizations with leveraged balance sheets, and already subjected to credit risk, started taking on an increasing amount of market risk. In the midst of the deregulation of the financial markets, the “Big Bang” enacted in 1986 by the UK government, can best be described as a pivotal event.

By virtue of the fact that these large banks where highly leveraged, the heightened sensitivity to the tolerance of loss was clearly communicated to the risk takers, i.e. the proprietary traders. These banks’ proprietary trading desks adopted a “make money but do not lose any” framework. There was very low tolerance in allocating leveraged capital among ideas while waiting for the market to monetize these positions. Thus, the implementation of absolute return strategies and protection of capital framework and philosophy within the larger and regulated institutions became commonplace.

These “absolute return managers” eventually deployed the same strategies but in the form of a hedge fund; now representing the disintermediation between the bank and the proprietary trader who has now become an entrepreneur. These “absolute return managers” continually make use of the bank’s balance sheet to execute their strategies through the negotiation of a “prime brokerage agreement.”

When asked about the behavioral and personality characteristics of the successful traders, Mr. Jack Schwager, author of several books on Market Wizards, answers with the following two elements: These are (1) “People who are successful traders will have the ability to quickly admit that they’re wrong.” and (2) “Discipline is also important.”

Essentially, dwelling on a risk mitigation overlay as described above to construct hedge fund portfolios, coupled with two key missing ingredients, only further alienates the hedge fund mandate from the concept of absolute returns and the protection of precious capital.

The first key ingredient is to abstain from surrendering to two particular behavioral biases, i.e. overconfidence and the disposition effect. The second key ingredient consists in the failure to distinguish between Risk Management from Risk Mitigation. Together, and the degree of attention allocated thereon, they represent much of what distinguishes absolute return strategies from traditional asset management.

Overconfidence tends to be most prevalent among managers who deploy an impressive amount of time and resources to conduct private equity style deep due-diligence research to generate and validate ideas. This involves, for example, leveraging elaborate contact networks to source and validate data points, conducting channels checks and cross-referencing data points with management, current and former employees, suppliers, customers and competitors, and conducting proprietary surveys, to cite a few examples. The research process leads to a superior inventory of publicly disclosed data points that are not readily available to the typical investor and thus enables the portfolio manager to identify significant intrinsic valuation gaps and formulate and express high-conviction and non-consensus themes and ideas in a portfolio.

Overconfidence is typically revealed by the deep due-diligence investor’s unwillingness to discount widely available information while overestimating their proprietary andard-earned superior information. Most often, the “widely available information” will dictate the direction of price movement of securities. The market is a collective perception of reality. Right or wrong, this perception dictates price movement. Its forces will generally exceed those of the embedded valuation gaps identified through deep proprietary research and analysis not readily available to all. As a matter of fact, the deeper the due-diligence the most time required for the rest of the investor universe to uncover, digest and discount the information, and only then drive asset price. And until this chain reaction actually takes place, both the individual security and the overall markets are subject to changes and events that will further widen the price spread from its true intrinsic valuation. At these junctures, portfolios and underlying positions come under price pressure. Managers are at times forced to dispose positions at a loss to honor redemptions that all too often coincide with overall market dislocations. Overconfidence is an enemy, rather than an ally, in the generation of absolute return and the protection of capital

The Disposition Effect refers to a very human but irrational behavioral trait whereby individuals are inclined to be more eager to sell securities of value but tend to be willing to hold securities that have lost value. Essentially, we are pre-disposed and unwilling to experience the pain of realizing loss of capital through disposition.

As market perceptions and volatility regimes further alienate securities’ prices from fair valuation and the manager’s portfolio entry points, refraining to withdraw capital among these ideas further contributes to the deterioration on the return profile and the manager’s ability to protect capital.

The propensity to generate absolute returns and protecting capital is greatly enhanced as the manager allocates capital to long and short ideas that are receptive to the market, and then retrieving in whole or in part that capital as the market is no longer receptive to these long and short ideas. One cannot expect each and every portfolio position to be receptive by the market but it is not unreasonable to dynamically calibrate its size or risk allocation to the degree of receptiveness by the market. This is what risk management is all about: dynamically allocate portfolio capital risk among ideas to generate returns, and most specifically actively attending to losing positions, i.e. reducing or removing capital from ideas not being rewarded by the market.

An active risk management framework is without any doubt the most crucial and fundamental element distinguishing absolute return strategies from traditional asset management, and for that matter, from failed hedge fund strategies is well.

If the objective is to generate absolute returns, there should be very little, if any, tolerance to allocating capital among ideas while waiting for the market to eventually agree that they are right. This calls for a process that is specific to the timing of portfolio implementation, position sizing and trade construction, as well as portfolio net and gross exposure calibration.

Idea generation and portfolio implementation, per se, are two very distinct activities in the management of absolute return strategies. They are unfortunately, and too often, confused and applied sequentially; again, an important differentiating element with respect to traditional investment management.

In the evaluation of a hedge fund manager, the investor must acknowledge the importance in recognizing the manager’s priorities. Is he spending all or most of his time generating and investigating ideas? Or, is he actively attending to his portfolio positions? The investor must be able to assess the manager’s likely behavioral patterns and level of complacency or tolerance when faced with losing positions. How does he react when the market does not agree or has yet to discount his hard-earned ideas? Generally (and unfortunately), the time and effort spent in the formulation of high-conviction ideas tends to be highly correlated with (1) the amount of capital allocated to the idea, (2) the investment horizon willing to assume to eventually monetize the hard-earned idea, (3) the marked-to-market loss tolerance allowed within the required investment horizon, and (4) the willingness to gross-up or double-down on the position undergoing negative price pressure within the intended holding period. At this point, the manager is emotionally attached to his hard-earned ideas and claims superior knowledge to the market. One can remain right much longer than solvent in portfolio management, particularly when leverage is applied and liquidity is scarce.

The risk mitigation toolbox mentioned earlier only serves as a means to reducing the volatility of portfolio returns rather than protecting capital. When risk mitigation is confused as risk management, a false sense of security is being assumed. Risk mitigation tools dwell on relatively static relationships such as volatility and price correlation metrics to remain effective in reducing volatility of returns. Unfortunately, these relationships are systematically breached when we most rely on them remain stable, and in most cases rather violently.

The manager applying a risk mitigation overlay through paired positions, diversification, or hedges, will tend to accept a higher loss tolerance at the position and portfolio levels for the benefit of longer term results. As a matter of fact, risk mitigation tends to further subsidize the behavioral biases such as overconfidence and the disposition effect. In contrast, an effective and disciplined application of a risk management overlay will tend to suppress these behavioral biases.

The process to abstain from the behavioral biases requires an active and dynamic portfolio management framework. The manager promptly accepts that the market ultimately dictates when ideas and themes are right or wrong. This framework requires discipline, a respect for the market’s overwhelming forces, nimbleness, and humbleness in admitting being wrong; i.e. to suppress the behavioral biases rather than subsidizing them. Only then, will the hedge fund portfolio manager expose his investors to a higher propensity of absolute returns and protection of capital.

The quest for absolute returns does not rely on being consistently right, but how you react when right and behave when wrong; that is, when the market decides when you are right and when you are wrong.

Rene Levesque has been actively involved in the capital markets since 1987, including as an equity derivatives proprietary trader for a large Canadian investment dealer. He has exclusively been interviewing hedge fund managers since 2004. Mountjoy Capital offers independent qualitative hedge fund research, idea generation and ranking services to institutional investors. Since 2004, Mr. Levesque has interviewed about 5000 hedge funds.