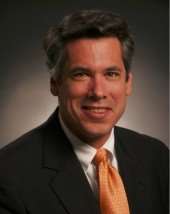 By Don Steinbrugge Hedge fund industry assets are up slightly from their peak in the 3rd quarter of 2008; however the average fee paid on industry assets has declined much more than reported in industry surveys. These surveys typically show that the stated fee of the average hedge fund has declined very little over the past five years.  However we estimate that the average management fee on net assets received by hedge funds since 2008 is 15% lower than commonly believed. The hedge fund industry is seeing significant fee pressure from many hedge fund investor channels. These include: managed account platforms, ‘40 Act funds, UCITS, hedge fund seeding and acceleration companies, first loss investors, founders share investors and large institutional investors. These various channels have attracted a majority of hedge fund flows since 2008 and represent a growing percentage of the hedge fund industry. These investors can be grouped into three different categories which will be discussed below.

Hedge fund platforms, 40 ACT and UCITS funds Since 2008 there has been large demand for increased liquidity and transparency which has driven growth of hedge fund platforms, UCITS funds and ‘40 Act funds. Hedge fund platforms require a managed account by the manager and usually ask for 50 to 100 basis points fee discount which is used to run their business. This discount is not passed on to the investors. Managers potentially will also earn a lower performance fee due to the fact that the account might not be run pari passu to the main fund because less liquid securities were omitted.  In addition, some platforms allocate significant administrative expenses to the fund that reduces performance. UCITS funds have higher expense ratios than standard hedge funds. As a result many hedge fund managers charge a lower management fee for UCITS funds so investors total fee will be in line with the main fund. Performance fees could also be lower for similar reasons relative to the hedge fund platforms. Finally we are seeing significant growth in 40 Act funds, a majority of which charge no performance fees

Hedge Fund Seeding/Acceleration Allocators, First Loss Programs and Founders Shares Since 2008 it has become increasingly difficult for start-up and smaller hedge funds to raise capital. As a result, many are turning to alternative sources of capital. Start-up hedge funds often sign deals with hedge fund seeding companies that agree to make an allocation in the hedge fund and in return they receive a percentage of the hedge fund management firm’s revenue, in addition to the performance on their investment. A good benchmark on revenue sharing is 25% of the firms revenues annually with a buy-out clause after year five. Other start up hedge funds are offering founder’s shares, which give day one investors better terms than investors who come in later. Founder’s share terms vary widely and often involve a fee reduction in exchange for the investor committing to a substantial lock-up on invested capital.  Current trends in Founders’ shares were explained well in a recent white paper written by hedge fund legal expert Brian Farmer of Hirschler Fleischer. For smaller hedge funds having difficulty raising assets, many are turning to accelerator capital, which is structured in a similar as hedge fund seeding, and first loss programs. First loss programs require a managed account where the hedge fund manager supplies approximately 10-20% of the account balance and the remainder is furnished by the first loss program. There is usually not a management fee charged and the hedge fund manager gets to keep 50% of the upside, but is responsible for 100% of the downside up to a specific limit.

Large Institutional Investors The large institutional investor class includes any investor that can allocate $100 million or more in a single manager and is dominated by pension funds and fund of funds. An increasing number of large institutional investors are demanding fee discounts when making large allocations to managers. This was first broadly experienced by hedge fund of funds who often significantly discount their fees, but is now also occurring with direct investments into hedge funds. Large pension funds are in the habit of paying a lower fee than smaller investors. Their viewpoint is that the effort level to manage a $100 million account is not ten times more difficult than a $10 million account, so why should they pay total fees that are ten times greater? The exception to this case is managers with limited capacity or those managers that bring a unique attribute to the portfolio. Almost all large long-only managers that focus on the pension fund market place offer a graduated fee schedule that scales down for larger account sizes. The most common type of discount we are seeing relative to single strategy hedge funds is a reduction in management fee. However, to a much lesser extent, we are also seeing a discount in performance fees. The reduction in performance fees is taking two structures with the first being a discount on the standard 20% model, and the second being a performance hurdle that must be achieved before earning a performance fee. Before discounting a fee, hedge funds should make sure they are comfortable with offering the same fee structure to other investors of similar sizes due to the growth of most favored nation clauses.

Standard Hedge Fund Fee Structure not Expected to Decline in the near Future We do not expect to see the standard hedge fund fee most small and mid-sized investors pay decline much in the near term for several reasons: First, most investors rank fees fairly low among the evaluation factors they use to select hedge funds. Of much greater importance is the investment track record, investment process, risk controls, pedigree of investment team, organizational structure and service providers. For a majority of hedge fund investors, we see very little fee pressure as long as fees are not higher than 2 and 20. At this level less than 5% of small and mid-sized investors will not allocate. At 1.5 and 20 we are seeing virtually no push back and below that level hedge fund firms are receiving very little benefit in the marketability of their fund. As a matter of fact, charging too low a fee can actually reduce the chances of raising assets because people might view the organization as a lower quality firm. Small and medium sized investors are typically willing to pay premium fees for products they perceive as offering premium quality. Second, the fee discounts required to do business with the various channels mentioned above do not go away if a manager lowers their standard fee, the negotiations just begin at a lower starting point. Third, larger hedge funds would lose more revenue from existing clients than they would gain from new clients if they lowered fees. Forth, it is much more expensive to operate a hedge fund today than five years ago, due to  Dodd-Frank compliance costs and other factors. In summary, we see the fee pressure from these various channels increasing over time. This combined with the rising costs associated with running a hedge fund are increasing the “danger zone” or the asset under management size that emerging hedge fund managers need to reach  in order to fund their business from management fees alone. This dynamic puts greater pressure on smaller funds to raise assets and will lead to a higher percent of smaller hedge funds exiting the business.

Donald A. Steinbrugge, CFA – Managing Partner, Agecroft Partners Don is Chairman of Agecroft Partners, a global consulting and third party marketing firm for hedge funds.  Agecroft is in contact with over a thousand hedge fund investors on a monthly basis and devotes a significant amount of time performing due diligence on hedge fund managers. Don is a frequent guest on business television including Bloomberg Television, Fox Business News and Reuters Insider. In addition, he has been quoted in hundreds of articles relative to the hedge fund industry and has been selected as chairman of some of the most well known alternative investment conferences. Highlighting Don’s 28 years of experience in the investment management industry is having been the head of sales for both one of the world’s largest hedge fund organizations and institutional investment management firms. Don was a founding principal of Andor Capital Management, which was formed when he and a number of his associates spun out of Pequot Capital Management. At Andor he was Head of Sales, Marketing, and Client Service and was a member of the firm’s Operating Committee. When he left Andor, the firm ranked as the 2nd largest hedge fund firm in the world. Previous to Pequot, Don was a Managing Director and Head of Institutional Sales for Merrill Lynch Investment Managers (now part of BlackRock). At that time Merrill ranked as the 3rd largest investment manager in the world. Previously, Don was Head of Institutional Sales for NationsBank (now Bank of America Capital Management). Don is also a member of the Investment Committees for The City of Richmond Retirement System, The Science Museum of Virginia Endowment Fund and The Richmond Sports Backers Scholarship Fund. He is also a member of the Board of Directors of the Hedge Fund Association, Lewis Ginter Botanical Gardens and the University of Richmond’s Robins School of Business. In addition, he is a former 2 term Board of Directors member of The Richmond Ballet (The State Ballet of Virginia).