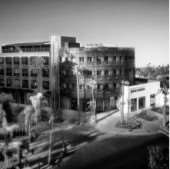 Activist investors, or anyone invested in a fund [especially of the PE or VC variety] that follows an activist-investing strategy, will want to review an April 2013 decision of the Delaware Chancery Court, one that seems to strengthen your position. The opinion begins from a common situation: an investment fund has decided that Corporation XYZ has promising assets, but is employing them in a strategically ineffective manner. Thus, the investment group manages to get one but-only-one director on the Board of XYZ who espouses its own alternative strategy, “dissident director” in the usual parlance.

The holding in Kalisman v. Friedman says that there are limits to what the majority of the board can do to keep its dissident isolated and in the dark.

In this case, the activist investor was OTK Associates LLC.  Jason Kalisman, one of the founding members of OTK, was the dissident director on the board of Morgans Hotel Group. The other members of that board, including Robert Friedman, were the defendants in this action.

In December 2011, the board of Morgans created a special committee to evaluate strategic alternatives. Both Friedman and Kalisman were on that committee. Kalisman says that the special committee developed options for Morgans, but that by November 2012 the process had stalled.

In March 18, 2013, OTK in effect decided to jumpstart that review by announcing that it would nominates candidates for election to the board at the May annual meeting. Its slate would include six candidates in addition to Kalisman, whom OTK supported for re-election.

After that, the other members of the board began to work on a strategic alternative of their own, keeping Kalisman in the dark. The other directors were working out a recap deal with the Yucaipa Companies LLC, the L.A. based holding company founded by Ronald Burkle.

On March 29, Kalisman received an email from the company counsel informing him that a special meeting of the board was to take place the following day, to review and approve the recapitalization.

The next day, the meeting took place, and Kalisman objected to the adequacy of notice. The board voted in favor of the Yucaipa deal, with only the one negative vote.  On April 1, it announced the recapitalization to the world, along with a postponement of the annual meeting. The meeting, previously scheduled for May 15th, was pushed back to July 10th, with a record date of May 29.

Kalisman filed his complaint that same day, April 1. He challenged the postponement of the annual meeting as well as the completion of the capitalization.

The court ruled on April 17th on a motion by plaintiff Kalisman asking to compel discovery of a lot of information, including communications between the other board members and company lawyers during the critical period when those other directors were making their deal with Yucaipa.

The court granted his motion. There were some caveats, but in essence it gave him what he wanted and lectured his colleagues on the board on how neither attorney-client privilege nor the work product rule should keep him from those documents.

The defendants had argued that they couldn’t give the information to Kalisman, because he would share it with OTK to the detriment of the corporation. The court responded to this line of argument in several ways. First, there was no evidence that Kalisman would use privileged information improperly, and the court would not presume that he would.

Second, the court said that it isn’t necessarily clear that giving it to OTK, the owner of a substantial block of shares after all, would be improper: “When a director serves as the designee of a stockholder on the board, and when it is understood that the director acts as the stockholder’s representative, then the stockholder is generally entitled to the same information as the director.”

Third, though, argument about the consequences of giving information to OTK is “not yet ripe, because Kalisman has undertaken not to share privileged information with OTK” and has even proposed a three-tiered confidentiality order that would allow for discovery of certain “Kalisman only” information.

The bottom line for the court is that a director’s right to information is “essentially unfettered in nature.” Nobody gets to pick and choose which directors get which data.

The bottom line for activist investors is that a foot in the door is a very good thing. There is a vast difference between between having one friendly director and having none.

Those lessons will remain valid whatever else happens in the ongoing tug of war between Yucaipa and OTK over Morgans. Yet much more has happened since this mid-April decision, and I hope to describe the later twists and turns shortly.