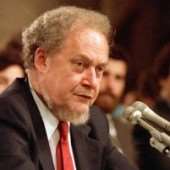 I’ve sought to formulate a strong argument against something in which I firmly believe. [It was a response to a challenge, let’s leave out the details.]

One of my foundational beliefs is: markets work. Closely tied in with this is: interference with markets fails.

I am a pragmatist in epistemology (a Jamesian pragmatist, to be precise), and one expression of this commitment is my view that markets are good because they work, that pragmatism is the best possible foundation for the ethical and political support of freedom – not only your own freedom (whoever you are) but my freedom too and everybody else’s as well.

So, when I received a challenge to formulate a strong argument against something in which I firmly believe, I responded like a healthy trout and went for the bait: here is an argument against pragmatism as an epistemology, and as a foundation for any ethical view whatsoever.

I’ll italicize the following, to indicate that I’m expressing an objection that I emphatically do not believe has the final word.

The problem with pragmatism is that it has at its heart an incoherent account of the nature of truth. If that falls, everything else falls. So let’s start there.

Pragmatists see truth as a quality of a belief, and see a true belief as one that guides the believer through and keeps him in satisfactory relationships with the world around him.

I doubt that anyone counted, on that or any subsequent date! Further, now that Professor Bork is dead and buried, no one will. We would be supposing a weird obsession to suppose that anyone has any firmly held opinion on the subject. Would we not also be supposing a breath-taking coincidence to suppose that anyone with that obsession has guessed right? Yes, the most economical postulate is that there is no knowledge on the subject of the number of follicles in Bork’s beard.

Regardless: there is a truth of the matter. The beard must have had some definite number of follicles on the date in question. Either it had, say, 1,500 follicles or it didn’t. So either “it had precisely1500 follicles” is true or its negation is true.

So the dominoes fall.

I acknowledge the strength of the argument, made in different words by a variety of critics of pragmatism over the last century and more. (Most of them haven’t mentioned Bork’s beard at all.) Why, then, do I continue to hold that pragmatism is in fact a secure foundation for an ethics of mutual respect, freedom, and liability for harms done?

In the face of such arguments I simply give up the word “truth” to the disquotationalists and transfer the weight of pragmatism to questions of reference and knowledge. Yes, the statement “Robert Bork’s beard has 1,500 follicles” is true if and only if it had 1,500 follicles. If we believe, by endorsing this “disquotation” of any proposed truth, we have sufficiently defined what truth means, then we can also say that it might have had that number of follicles without anyone ever being the wiser.

But, surely knowledge and reference are traits of beliefs. And we can give a pragmatic account of what it means to know about something or even to make reference to that something, say, a beard. Pragmatism fits most easily into the tent of what contemporary philosophers call a “theory of warrant,” a theory of how it comes that we are warranted in making any of those statements in quotation marks that can then get disquoted.

Let us consider the sort of unfreedom typified by centralized social planning represented by the creation of a Federal Reserve Board, and ultimately by the introduction of fiat money. I think it safe to say that this unfreedom does not work.

Business cycles preceded fiat money. But such money, and the central bankers whose "fiat" it is, surely worsens these destructive waves, these macrocosmic outbreaks of manic-depressive disorder. By flooding the land with the ever-cheaper legal tender, the central bankers cajole the retail and investment bankers, who in turn cajole men and women of varying degrees of prudence, industry, and business sense to accept their loans, for residences and for businesses; for the execution of good plans or bad plans or no plans at all.

Thus houses are built to be sold to families with fictitious income on the expectation that the houses will keep rising in price and will "flip" so no one will be the wiser; malls are built where there is no reasonable expectation that anyone will shop; deserts are watered and made to bloom at enormous expense in regions few wish to inhabit; dotcoms boast of "new paradigms" when their only real achievement is cluttering up cyberspace with yet more harebrainedness.

We know what comes next. What else can come next? Mises put it well: "There is no means of avoiding the final collapse of a boom brought about by credit expansion. The alternative is only whether the crisis should come sooner as the result of a voluntary abandonment of further credit expansion, or later as a final and total catastrophe of the currency system involved." Both ways, it is nasty, and the victims of the collapse are, insofar as they are victims thereof, unfree.