5 Insights on a Hedge Fund Outlook 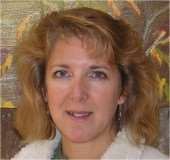 By Diane Harrison
Every year, Preqin publishes their annual review of the hedge fund industry, 120-plus pages of comprehensive data and analyses providing a detailed look at the industry’s make up.

SOME INTERESTING FINDINGS TO CONSIDER IN 2015

Their 2014 Global Hedge Fund Report, released in February, includes a wealth of information which can assist investors and providers of hedge fund services with a game plan of action to implement in 2015. With over 4,800 participants contributing information and responses to Preqin’s survey data, there is no question that the findings give some solid indications of the direction the hedge fund industry is heading in the near future. Here are five such items I thought notable to extract as bellwether factors supporting 2015 as another year poised for the industry’s growth:

84% of investors plan either to increase or hold steady on their hedge fund allocations in 2015. 85% of consultants to these investors plan to recommend the same action. These overwhelming figures give credence to hedge funds’ ability to offer diversification, protection against market downturns, and lowered volatility for investors even when relative performance may not be superior to other asset classes.

Investors listed better returns and negotiable fees as two of the primary reasons they look to emerging managers when considering hedge fund allocations. These managers are more likely than their larger counterparts to negotiate fees with investors. 91% of investors feel that small and emerging managers have met and/or exceeded performance expectations in 2014. 68% of emerging managers have less than $250M in AUM, indicating that manager supply in smaller funds is available to match this growing demand.

As of the end of 2014, 20% of emerging fund managers launched their funds in the last 3 years. This fact is notable in that institutional investors who require at least 3 years’ track performance will now have increased options to choose from in the 2015 emerging manager fund universe.

The survey findings show that, at the end of 2014, insurance companies are beginning to join the hedge fund investment party. Though they only contributed 2.4% of the investor base in hedge funds, a figure which lagged all other institutional investors, insurance companies allocated larger amounts in dollars than the average institution. This factor is relevant in showing their growing interest in hedge fund investing as a meaningful trend for 2015.

Liquid alternative products grew in popularity as well, with over $240 billion USD in AUM in 348 funds at the end of 2014. Investors fueled this growth with their desire for liquidity and scale in a mutual fund structure providing the benefits of a hedge fund.

And finally, fund of fund structures, formerly derided as fee-pumped performance laggards, are sharpening their focus to add value. As of the end of 2014, fund of funds posted their first year of growth since 2011, illustrating their willingness to retool themselves into investor-focused vehicles offering manager selection and due diligence expertise wrapped in a simplified investment option.

OUTLOOK IS FAVORABLE FOR 2015

While there is no question that investing in anything these days poses risks, the 2014 findings point to some bright spots for astute investors. The hedge fund industry is showing some true spikes in interest and opportunity from both the buy side and the sell side. It remains to be seen whether or not it will capitalize on them in 2015.

Diane Harrison is principal and owner of Panegyric Marketing, a strategic marketing communications firm founded in 2002 and specializing in a wide range of writing services within the alternative assets sector. She has over 20 years’ of expertise in hedge fund marketing, investor relations, sales collateral, and a variety of thought leadership deliverables. Panegyric Marketing received consecutive year awards in 2013-14 as IHFA’s Innovative Marketing Firm of the Year and AI’s Marketing Communications Firm of the Year- US. A published author and speaker, Ms. Harrison’s work has appeared in many industry publications, both in print and on-line.