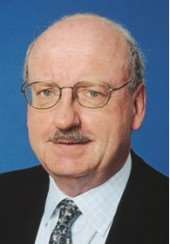 John Makin, an economist and hedge fund principal who has become known in recent years as an all-too-predictable defender of the role of the Federal Reserve, passed away March 30.

Among the last words that he wrote were these (in US News and World Report, February 5, 2015): “[T]he timing of expected Fed tightening will keep slipping, probably into 2016, especially as the Fed faces reality and abandons its 3 percent growth forecast.” He saw weak global demand growth as pressing other central banks to continue easing on money, and didn’t believe that Yellen was going to spit into this wind. This is not an extraordinary opinion. But it was part of a pattern. His views on monetary and macro-economic matters by then had ossified.

Innovation Must be a Good Thing, Right?

Going back a bit: in November 2013, Malkin testified before the House Committee on Financial Services Subcommittee on Monetary Policy and Trade on ”what’s central about central banking.” He commended the Federal Reserve in particular as the “primary innovator” among the policy makers that responded to the 2008 crisis, and he says, contentedly it seems, that central banks elsewhere have “to varying degrees, followed the Fed’s lead.”

Makin moves from his general remarks regarding the Fed and the world’s other central banks to a specific comparison of two: the Bank of Japan and the Swiss National Bank. He praises the BoJ for becoming “more innovative than the Swiss,” relying more “on a combination of aggressive quantitative easing” and “forward guidance.”

He thinks the Swiss are more retrograde, or whatever is the opposite of “innovative,” due to their reliance on large purchases of euros “to avoid the deflationary impact of substantial home currency appreciation.”

This is an odd line of thought, because there is nothing especially “innovative” about the policies for which he praises either the Fed or the BOJ. They’ve been around for a long time, since long before Georg Friedrich Knapp offered a theoretical justification for them in his “state theory of money” more than a century ago. Makin is simply using “innovative” as a term of approval.

Leaving semantics aside: surely what was wrong with the policy of SNB wasn’t just the mechanics of it. What was wrong about the SNB policy during the period when Makin was testifying, and until January 2015, was that the country had backed into what John Brynjolfsson has described as an “unwelcome alliance” with the ECB through its defense of a floor value for the euro vis-à-vis the CHF, an alliance the SNB finally abandoned just this January.

The impression one gets from the testimony is of a man who has decided that currency is a state invention, and that the states deputize central banks to make sure the rest of us use it properly. The proper term for this is chartalism.

More recently, Makin has worked as a think tank contributor with AEI and as a hedge fund economist. He was involved with global macro firm Caxton Associates for twenty years, first as its chief economist and later as a principal, only leaving Caxton in 2010.

Although politically he was always a supporter of free markets and free trade, Makin has criticized many of the ideas that became associated with that stance in the 1970s. Notably, in a paper in 1981 he critiqued the rational expectations theory in the context of inflation. RE theorists hold that “only unanticipated money matters,” he said. Steady and predictable money creation won’t have grave consequences for the real economy.

Makin reviewed the evidence and concluded, though he did so only in the most polite academic language, that “results presented here force one to consider rejection of the core of [rational expectations theory] that only surprises matter.”

It is inflation uncertainty that matters. Uncertainty is obviously related to, but is just as obviously not identical to, the existence of a particular recent surprise.

Somehow he morphed from those perfectly sensible observations to the virtual support of inflationary writings seen in some of his recent work, as mentioned above.

In concluding, though, I extend my own thoughts and sympathies to his family and friends, and I have no doubts about the sterling qualities that have been assigned to him in the coverage of his death. Still: I have to deem it a pity that a once-innovative economist slid, late in life, toward chartalism.