A New Index: The Eurekahedge 50 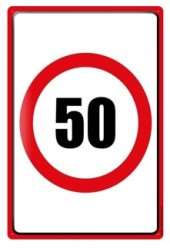 Eurekahedge, a fund data and research operation with which our readers are quite familiar, has joined with Markov Processes International and Quantvest Capital to create a new index, the Eurekahedge 50. Quantvest is managing a related tracker index and plans to launch an investible product that will track the performance of this index with liquid, exchange-traded securities.

The Eurekahedge 50 consists of the world’s most successful large hedge funds. Members are described in the announcement as funds that have “generated consistently attractive risk-adjusted returns over a number of years and market cycles.”

The household names on the membership list for this exclusive club include: Paulson, BlueCrest, Cerberus, Fortress, and Renaissance Technologies. (Only one fund from any one management company may be included in the index, presumably in order to capture a wider range of the hedge fund franchises.)

The CEO of Eurekahedge, Alexander Mearns, said in the announcement that he and his colleagues are “excited to offer our clients access to this industry-leading hedge fund portfolio benchmark.” 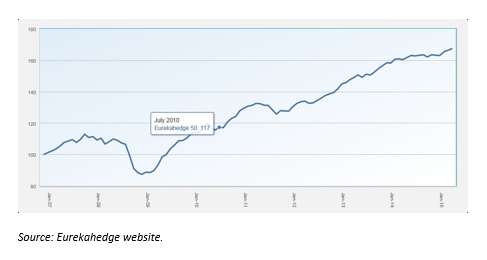 The index is base weighted at December 31, 2006, and looking back over the period since then, the simulated historical performance is shown in the graph above.

The graph shows, as anyone familiar with recent history might expect, that the final weeks of 2008 saw a sharp downward move in the value of the Eurekahedge 50. But ‘sharp’ is a relative term. That decline bottomed out at 87% of the base value.

Moving to more recent results: the year 2014 was flat for these 50, moving only from 158 to 163. Early 2015 saw some upward impetus. Well … February through April saw an upward move: January 2015 was down. As to quite recent results, the index sponsors caution that returns and values “for the most recent 3 months shall remain provisional until all funds have reported their returns.”

Readers of this blog know who Eurekahedge is. But who or what is Markov Processes International? It is a financial technology firm founded in 1990 by the well-known quantitative analyst Michael Markov with Mik Kvitchko.

The firm’s namesake “Markov Process,”, though, isn’t named for Michael. It’s named for another fellow with that surname: Andrey Markov, who in the early years of the 20th century developed the mathematics of stochastic or memoryless processes. A clump of expressions, “Markov property,” “Markov chains,” etc., and of course Markov processes, date from that Markov’s work.

The 21st century Markov, Michael, though, has hardly coasted along on name recognition! He has published works on signal processing, investment style , and advanced hedge fund replication. One of his recent publications (in conjunction with Daniel Li and Russ Wermers) discusses procedures for the forecasting of daily hedge fund performance when only monthly data is available. That seems an appropriate concern, since although the Eurekahedge 50 Index itself is to be updated only monthly, the Eurekahedge 50 Tracker Index that Quantvest manages is updated daily.

Daniel Li is also affiliated with MPI. Russ Wermers is with the Robert H. Smith School of Business, University of Maryland.

On the creation of the Eurekahedge 50, Michael Markov says, “We are excited to join forces with Eurekahedge in designing a robust process that better captures the way institutional investors select and monitor hedge funds.”

The third party in this alliance, as noted above, is Quantvest Capital, a U.S. based investment adviser specializing in the replication of customized hedge fund portfolios, using a model it calls “dynamic style analysis,” which seems to mean old-fashioned factor analysis with proprietary forensic twists. 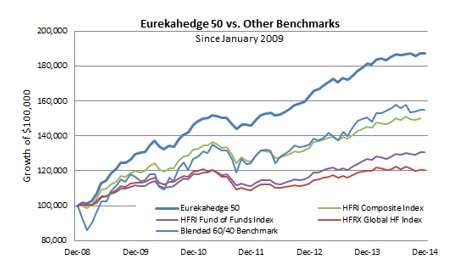 It appears likely that the Eurekahedge 50, both the index proper and the tracker index, will have aspirational significance for non-included hedge fund managers. It is setting a bar that will be very difficult to clear, and a challenge even to undershoot respectably. The above graph measures it against other benchmarks, assuming the investment of $100,000 in each benchmark in December 2008.