Activism: Why the Short-termers Can Be Right 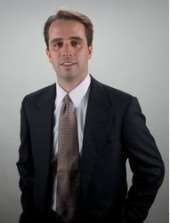 We’re often informed, in terms that suggest outraged common-sense, that if a corporation is owned largely by traders rather than investors, by people or institutions that are holding on to its equity only for a quick turn-over, then the corporation is headed for trouble.

In 2008, two law professors wrote that short-term (or “activist”) shareholders pose a difficulty for legal theory, because they “push for corporate strategies that they believe will temporarily inflate stock prices.”

These professors, Iman Anabtawi (of UCLA Law) and Lynn Stout (of Cornell), concluded that “the rules of fiduciary duty traditionally applied to officers and directors and, more rarely, to controlling shareholders should be applied to activist minority investors as well,” [in order to force a longer term perspective upon them, apparently.]

More recently, in 2013, Steven Pearlstein, a business and economics columnist with The Washington Post, has contended that “the cult of shareholder value wrecked American business,” precisely via this allegedly disastrous short-term focus by many of those shareholders seeking immediate value.

Further, this way of looking at the woes of the corporate world can from unexpected quarters. In May 2015, the CEO of BlackRock complained that corporate leaders are using share buybacks to keep short term traders happy rather than investing in the “innovation, skilled workforces or essential capital expenditures necessary to sustain long-term growth.” This may have come as a surprise to some because Larry Fink’s BlackRock isn’t all that long termist in its own practices.

Anderson’s point, put briefly, is that a difference between the long-term and the short-term value of a single corporation’s stock is unsustainable, because if it did exist, arbitrage would destroy it.

For example, suppose (as is one implication of Funk’s letter) that research-and-development expenditures are an investment that increases value for the long-term investors but not for the short-term traders. Then suppose that a company, XYZ, increases its investment in a wisely-chosen course of R&D. This should depress the “short term” value, and thus, given the presumptions of this frame, should depress the price day-to-day. But that would create an arb opportunity, and those long-termers would snap it up. Their activity in snapping it up would constitute an increase in demand, raising the price.

In other words, the actual day to day price reflects on its demand side a composite of all the differing reasons there are for valuing a stock, at any time horizon, insofar as those reasons are active in the marketplace, and the attempt to posit two differing markets by time horizon is fatuous.

Yes, Anderson acknowledges the existence of inefficiencies, and the “behavioral” research on them. But the fact that arbitrage doesn’t work seamlessly and instantaneously doesn’t save the long-versus-short frame. Those who work within such a frame “rarely, if ever, articulate the specific mechanism by which stock prices will differ in the short term from those in the long term.” The question they don’t and apparently can’t answer is, specifically: what are the specific biases in information processing that cause investors to over-react to some events and under-react to others?

Predictable of the Divergence

A separate but closely related point Anderson makes is that even if there is a difference between value from the PoV of a long-term investor and value from PoV of the short-termist, it isn’t obvious that this difference would be predictable to those short-term investors, so we can’t infer that they would be in a position to advocate for those pump-it-up policies. It isn’t obvious for example, that short-termism leads to underinvestment in R&D. Anderson quotes work by Bebchuk and Stole explaining how short-term managerial perspectives can under certain circumstances lead to over rather than under investment in long-term projects.

If that sounds counter-intuitive, consider the possibility that a management may increase investment in such a project as a signal to the market, and that this signaling may be affected by the fact that a certain sort of project is ‘hot’ this month. Thank goodness for the short-term traders who would sell or short a stock whose fate was in the hands of captains sending out such misguided though long-termist signals.

Anderson’s point is that much talk of the short-sightedness of these nasty activists is analytically confused, and it is a sort of confusion that seems likely to have quite negative consequences to the extent that investors and/or traders themselves come to take it seriously.

The bottom line” learn to ignore the cries of outraged common sensism.