The LIBOR Fixing Scandal Gets a Conviction and a Book 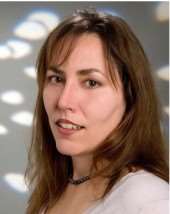 This month began rather badly for Tom Hayes. A jury found him guilty of eight counts of conspiracy to defraud in connection with the manipulation of the London Interbank Offered Rate. He was then sentenced to 14 years, half of which will be spent in prison before there is any possibility of release.

Hayes had defended himself by trying to kick responsibility up the ladder. His superiors have thus far managed more successfully to do the same in reverse: they’ve kicked responsibility down the same ladder, blaming everything on rogues.

Next month may bring Hayes at least a small sense of vindication to clutch to his heart as he begins serving that term. Portfolio/Penguin is bringing out Open Secret, a book on the way Libor was rigged, written by Erin Arvedlund, whose previous book Too Good to be True (2009) was one of the better additions to the Madoff-scandal library.

Arvedlund, portrayed above, has an obvious gift for transparency. Both in the case of the Madoff book and in this one, her title is a very good clue to the contents. The subtitle of Open Secret spells it out a bit further: The Global Banking Conspiracy that Swindled Investors Out of Billions.

Her prologue opens with … Tom Hayes. She tells how in the spring of 2006 his superiors at UBS sent him to Tokyo, where he quickly “gained a reputation for one particular proficiency: He proved skillful at betting on the difference between the lending rates offered by banks overnight in buying and selling derivatives.” The difference between the Tokyo overnight rate on the one hand and LIBOR on the other, set as they are on islands on opposite extremes of the great Eurasian landmass, is “tiny” as Arvedlund puts it, but enough to open the way for gamesmanship. And Hayes was good at the game, good enough to use it to turn himself into a “recognized corporate asset, one whom the bank entrusted with immense sums in UBS assets.”

A Trail of Incriminating Electrons

Hayes moved to Citigroup in December 2009. The indictment under which he was tried charged that for neither bank was he just betting presciently on rates, that he was rigging rates so they would yield the profits that would ensure that each of these banking giants would be happy to shower him with money (Citi gave him a “special cash award” equivalent to $3.5 million just for coming aboard.)

He wasn’t shy about leaving a paper trail: or, rather, a trail of incriminating electrons. On June 1, 2010, Hayes messaged a Citi colleague, Hayato Hoshino, to talk to Burat Celtik to try to get him to cooperate in lowering Libor.

“Try and catch him when he’s on his own,” the message said, “just try and catch him going to the toilet or something. We’ve got like $4 million of point fixing in the next 2 weeks.”

When the feces hit the fan, U.S. investigators in particular (the Brits somewhat less so) came to see Hayes as a mastermind behind its digestive generation. But Arvedlund seeks in this book to put the very visible role that Hayes played into context. Like raising a child according to Secretary Clinton, it had taken a village “of traders, brokers, and go-betweens arrayed around the globe, along with bribes, soft threats, and hard financial rewards to push LIBOR up or down.”

At his trial, his efforts to pass the buck upwards did him little good. The judge’s instructions to the jury were clearly to the effect that it ought to do him no good at all. The judge told jurors, “do not concern yourself with others who may or may not be prosecuted, whether or not there was or was not a more endemic problem in the market at the time of which they were or were not a part.” Their concern was to be, instead, with whether his behavior was honest “by the standards or reasonable, honest members of society.”