Eurekahedge: The Markets are Reading the Headlines 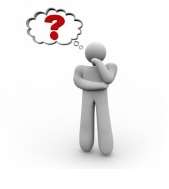 A new report from Eurekahedge gives a new perspective to the dawning realization that China’s real economy is in, well, real trouble.

The report states as a “key takeaway,” that hedge funds globally were up 0.38% in July, and that the industry’s assets under management grew by $100 billion in 2015 year to date. Another potentially cheering fact: half of that AUM growth came from new investors.

But China-mandated hedge funds haven’t shared in the global good news. They were down 8.33% in July 2015, the worst monthly result in more than six years. In the three month period that ends with July, Eurekahedge’s Greater China Index (which has 85 constituents) is down 9.39%.

The hedge funds are experiencing this drop-off because the underlying markets are suffering likewise. The Chinese equity markets saw big declines in July. The CSI 500 fell 15.21%. Looking at the broader region, Asia ex-Japan fell 2.22%on the month, despite an upward move for India. Indeed, the overall impression one gets from these numbers is that hedge fund returns in 2015 throughout the world are more than usually headline-sensitive.

Yes, the YTD figure for Asia ex-Japan still looks impressive, up 9.87. Greater China looks even healthier measured YTD, at +10.84. This is almost twice Europe’s TYD number (5.48). But isn’t that always the case when a bubble has just burst? You can always average out the latest downward numbers with the earlier numbers from the still expanding bubble as far back as necessary to get those impressive positive numbers. At such moments as these, the averaging exercise becomes a trap.

Japan is having a slow-but-steady sort of year. The yen depreciated 1.22% against the dollar in July and, relatedly, the underlying Japanese equity markets recorded gains. The Nikkei 225 is up 1.73%, while Topix is up 1.79%. Japanese hedge funds outperformed the underlying, up 5.95% YTD, and up 0.62% for July. The upward moves continue despite some bad news, such as the decline in Japan’s machinery orders in June.

A Bank of Japan quarterly business-sentiment survey indicates that the country’s manufacturers plan to boost capital spending. If those sentiments are accurate predictors, then the June numbers will prove to be a one-off, and the betting seems to be that way right now.

Another head-line driven datum from the Eurekahedge release: the Eurekahedge European Hedge Fund Index is up 1.03% in July. The report attributes this to “some resolution” in the Greek crisis. On a YTD basis, then, the European index is up 5.48%, so it appears that 2015 will be a better year than was 2014 by a comfortable margin.

But What About Strategies

Futures and macro strategies delivered the stand-out results for July 2015. Distressed debt and relative value strategies stood at the opposite extreme.

Specifically, the Eurekahedge CTA/Managed Futures Hedge Fund Index was positive 1.20% during that month on the strength of managers’ short positions in energy commodities. Also on the basis of the fall in value of those energy commodities, the S&P Goldman Sachs Energy Total Return Index declined 17.38%.

Pressures on oil continue to be predominately downward. Eurekahedge cites the usual suspects here: concern about China, about a continued supply glut, and about the Iran nuclear deal. Any such deal will hasten Iran’s full-fledged re-entry into the oil markets and will presumably worsen the supply glut that already exists. This, the report suggests, will continue to be a “major theme driving returns for CTA/managed futures strategies” through the second half of 2015.

Macro strategies were up 0.71% during July. The gains here came from successful plays on equities in the developed countries, and from a rally in bonds. Long-term yields declined in July.

Long/short equity funds were down, though just barely (-0.03%) in July. The losses came from their exposure to equities in the emerging markets. Looking at the L/S strategy YTD, such funds are up 5.98%.

For distressed debt, July represented a third successive month of losses, largely due to the battering taken by their holdings of the corporate debt of companies in the energy sector.