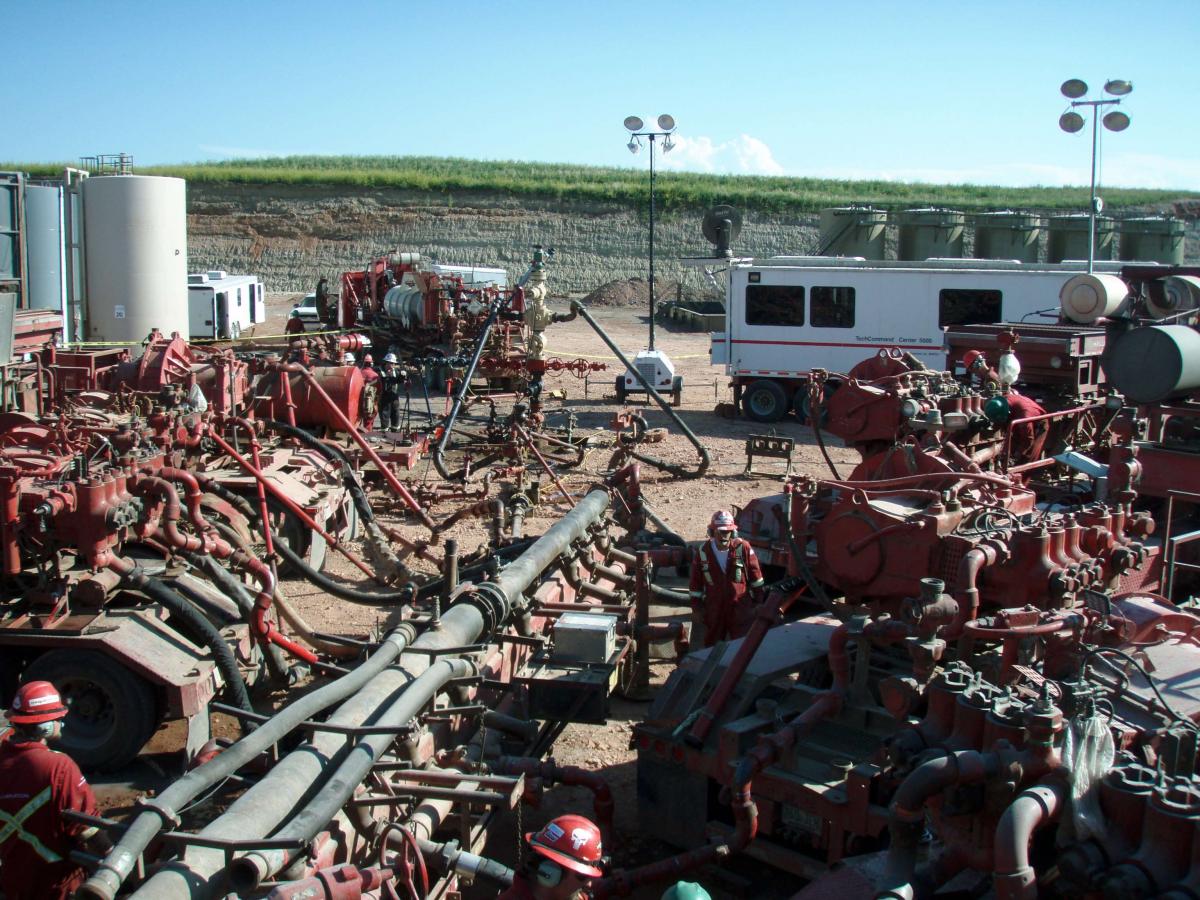 A critical revolution in the crude oil and natural gas markets began 18 years ago. Gary Sernovitz, who has given the world his thoughts on this revolution in the new book The Green and the Black, has had some convenient seats whence to observe, most recently as a managing director at Lime Rock Management, a private equity firm active in the field. Before Lime Rock, back in the 1990s, Sernovitz kept tabs on the oil and gas industry for Goldman Sachs. Actually, using the year 1998 or any other one might name for the start of the revolution is somewhat arbitrary because, as Sernovitz makes clear, the various commercial and technological pieces had been in place for some time, and relevant market participants had been putting them together in various combinations with the help of what he calls the “key ingredient” of desperation.  But 1998 was the year in which a combination of elements devised by petroleum engineer Nick Steinsberger, of Mitchell Gas, enabled the extraction of gas from the Barnett Shale at a commercially viable cost, at a well called S.H. Griffin #4. The “Burnett Shale” is a geological formation around Fort Worth, Texas, given that name by early 20th century geologists on a mapping expedition because they noticed black organic shale in the Burnett Stream. Steinsberger ‘s Slickwater Two headline techniques that eventually unlocked gas from that shale: hydraulic fracturing and horizontal drilling. But the critical decision that made S.H. Griffith #4 a success was a move to “slickwater” fracking. That is, Steinsberger opted to have the hydraulic work accomplished by a combination of water, sand, and a botanical gelling agent.  The force of the water opened cracks in the shale, the sand and gell kept them open past the point when gravity might otherwise have closed them. There was nothing proprietary about this, and once Mitchell Gas had shown that it could be done, and done profitably, other companies decided that they could too. The land above that shale become crowded with competitors in this market, and other “plays” (industry jargon for potentially or actually profitable geological formations) came under scrutiny. Steinsberger had fired his shot at the rude bridge at Concord, and the revolution was on. The specifics of the slickwater formula are not precise, and continue to evolve. As Sernovitz tells us, “How much gelling agent to use in each step of [the drilling] process is one of the main variables of fracking, and completion engineers argue over this with the same passion other men reserve for college football rankings.” The particulars of the formula are also the cause of much of the subsequent political and regulatory controversy. A Cigarette Through a Wall Fracking for natural gas is one thing: fracking for crude oil is, intuitively, quite another. Oil molecules are ten times larger than the molecules that make up natural gas. As Sernovitz writes, you might well “smell cigarette smoke from a hotel room next door” and intuitively understand that the smoke came through pores in the intervening wall. But getting oil out of shale feels more like shoving cigarettes through such a partition, he says. At any rate, in time the industry figured out how to get to the oil, too, thanks to work in North Dakota, by EOG Resources and Continental Resources. In the middle of the first decade of the new millennium, the engineers for those two companies were developing the multi-stage fracking process that could get this job done. In subsequent years, a certain pattern of events became familiar. Industry eyes would turn to a basin once drilled for gas or oil (“at some point in the last 150 years” ) but that had long since been “left for dead by the conventional wisdom.”  Those with a high appetite for risk would drill the first test wells applying fracking techniques to the shale of this basin. Then, if they were successful, the “swarms” of new entrants would show. The World Comes to America A few years further on, in 2011, a major international oil company, Norway-headquartered Statoil, spent $4.4 billion buying Brigham Resources, a small shale-oil firm active in North Dakota, one remarkable chiefly for its two-mile-long horizontal wells.  This was a mixing of two worlds. Until then, the Majors, operating on a global scale (and many of them state controlled, like Statoil itself, which is 67% owned by the Kingdom of Norway, and managed by its Ministry of Petroleum) had lived and worked very much apart from the scrappier world of the U.S. firms involved in domestic, and onshore, exploration and production (E & P). Sernovitz gives an evocative description of the firms that make up the E&P scene including its “geologist-driven dreamers, out for the big score,” its “grind-it-out businesses focused on improving margins on older fields” and its “shady promoters” operating behind corporate veils that are “barely companies at all.” Statoil, which has operations in dozens of countries, entered this peculiar and once-parochial space with its purchase of Brigham. That was one of the events that persuaded Sernovitz that the revolution had prevailed, that “the world has experienced a major shift in how it fuels itself.” So if we call S.H. Griffin #4 a Concord bridge, then the Brigham purchase was a Yorktown. There is much more to the book. I have touched on only bits and pieces here. What is the bottom line? I put it down with the conviction that fracking as part of the energy picture is here to stay. It is not a bubble ready to burst, and it is not a politically vulnerable flower. Shorting it on the basis of either of those presumptions seems likely to prove unwise.