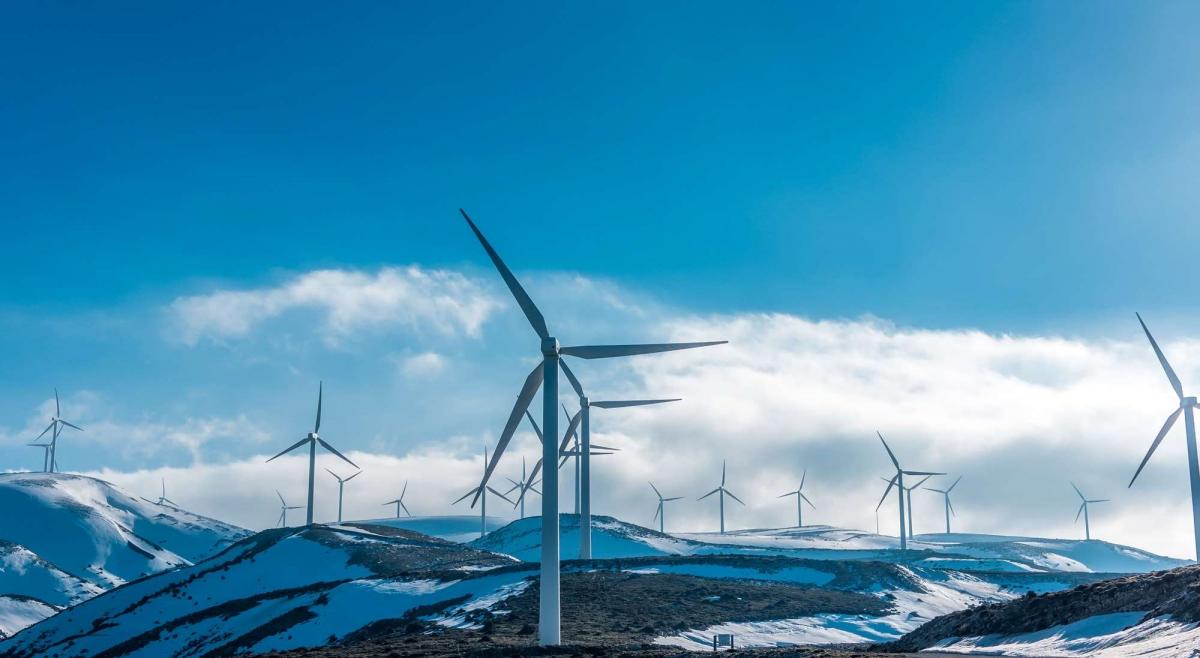 As AllAboutAlpha’s readers likely know, in December 2015, in Paris, representatives of 195 countries adopted a framework for the mitigation of the effects of the emissions of greenhouse gases.

The framework (known simply as the Paris Agreement) aims to confine the increase in global average temperature to just 2? C above pre-industrial levels. The various countries signing on are to determine their own contributions, with the understanding that they will be reported at five year intervals, they will be “ambitious,” and they constitute a progression over time.

The World Economic Forum* has put out a paper for the benefit of institutional investors, suggesting that the infrastructure required for renewable energy will provide such institutions with “stable, inflation-protected yields while accelerating much-needed deployment of clean energy.” According to the United Nations Conference on Climate Change, $1 trillion will have to go into building renewable infrastructure by 2030 in order to meet the Paris Agreement goals.

Fortunately, there have been technological developments of late that may lend plausibility to the overall 2? C goal. Notably, over the last five years, the efficiency of commercially available solar panels has jumped, after a long prior period of stagnation.

There have also been advances in manufacturing processes, and the growth of the market has allowed for economies of scale. Both of these developments have led to a considerable reduction in production costs of wind turbines, photovoltaic systems, and other useful devices.

The WEC paper says that the levellized cost of electricity “for utility-scale photovoltaic, which was highly uncompetitive only five years ago, has declined at a 20% compounded annual rate, making it not only viable but also more attractive than coal in a wide range of countries.”

A range of renewable infrastructure investment vehicles exist in the market, as displayed in the table below:

In terms of the over-all composition of financing in this space, the debt financing is the elephant, getting into the living room through development banks in the first instance, and then through green bonds.

One of the reasons investors shy away from putting further resources into this field is the perception of large political or regulatory risk: the worry that the national administrations in particular that may invite such investment this week may turn against it, or be replaced by other administrations that will do so, next week. The WEF report maintains, though, that the risk is overstated. There is “a wide gap between perception and reality about risk and opportunities in the sector.”

What is important is that a shift is underway from the high-tech, frontier technology character of the solar and wind industries until quite recently. A shift to a “stable, utility-like” character, one of which the “attractiveness … from a fundamental perspective [is] hardly in question anymore” has picked up steam over just the last three years.

Power purchase agreement contracts may include “an inflation adjustment to a specified index” although even when that is the case the “basis risk that costs might evolve differently from the index is borne by the private partners.” This and analogous financial risks (currency and interest rates) can be hedged through foreign exchange forwards, swaps and options.

As to the political risk, the WEC observes that political risk insurance is available through international agencies such as the World Bank’s Multilateral Investment Guarantee Agency and through the U.S. government’s Overseas Private Investment Corporation (OPIC).

OPIC’s political risk insurance policies have terms of up to 20 years, and premiums in the neighborhood of 35 basis points. Its policies can cover, for example, material changes in feed-in tariffs, critical changes in taxation, and the revocation of permits.

* The World Economic Forum is the Swiss non-profit best known as the host of the annual meeting in Davos.