Next Stop, The Opportunity Zone 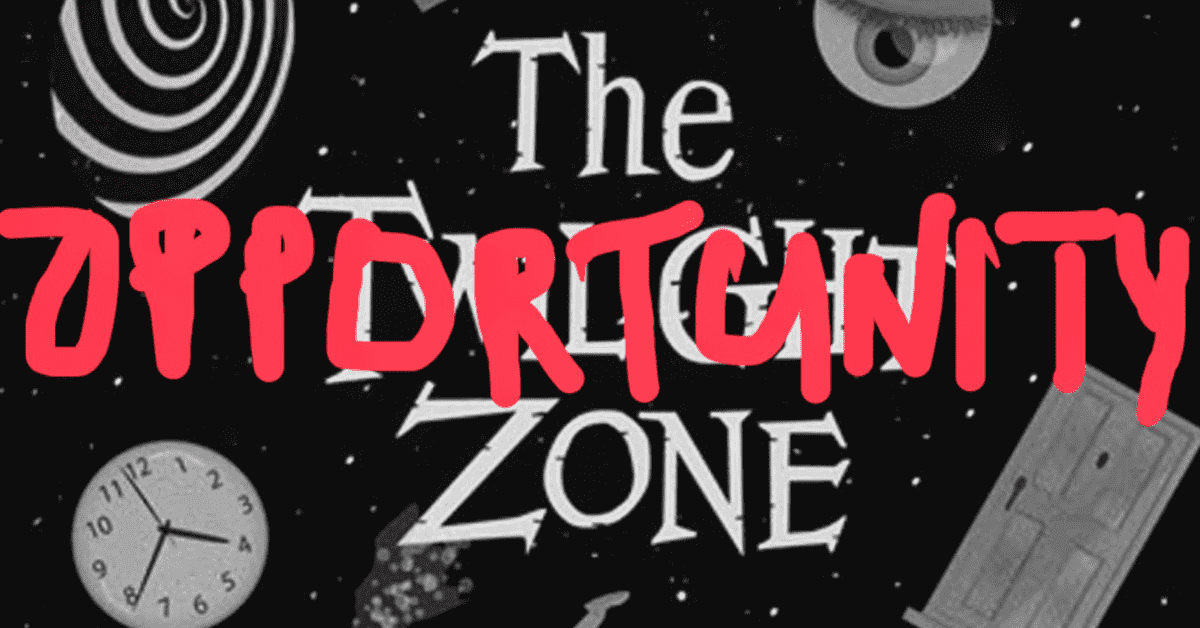 By Bill Kelly, CEO, CAIA Association Witness if you will… This was often the opening line of Rod Serling, the creator and narrator of The Twilight Zone series. Launched on CBS television 60 years ago, it dealt with human morality superimposed over what were almost always surreal or otherwise unusual circumstances. Serling’s narrative at both the beginning and the end of each episode provided chilling bookends to provoke the viewer out of their comfort zone. Now, witness if you will, a coming scene. The Present. Man with a big unrealized capital gain. Occupation: potential pigeon. In just a moment he will be stalked. Maybe by a skinny CPA. Couldn’t happen you say? Welcome to The Opportunity Zone. The 2017 Tax Cuts and Jobs Act (the “Act”) was signed into law in December of that year and went into effect for 2018 taxpayers in the US. The bill is about 1,100 pages long and you need to get through 354 pages of scintillating text until you come to the definition of a Qualified Opportunity Zone (“QOZ”). Plenty has been written on this subject and the details can be found in any number of places including this more factual summary about What Investors Should Know courtesy of Wells Fargo Bank. The headline premise is a tax-advantaged way to get investment diversification with more than a subtle nexus to the estimated $6 trillion of unrealized long-term gains sitting in mutual funds. The Act offers the potential to roll these gains over into a QOZ fund thereby delaying or substantially reducing the capital gain that would otherwise be payable in the year of the sale. It is time to get acquainted with these offerings because you will be seeing and hearing a lot more about them, especially as the Federal Government is now back open for business. Clarification being sought from the Treasury Department and the IRS regarding interpretation and implementation will soon follow and the product spigot will then be on full throttle. Not by coincidence, this subject matter was covered in two CAIA Association Chapter events just last week (thank you SF and Philly) and had previously been a content topic courtesy of our NYC Membership. Most of what you read has either a singular focus or at least a dominant theme that talks about the tax benefits of this asset transfer. Substantially less time is spent on the underlying target asset itself, which by Federal and State codification, is distressed. In fact, each one of the approximately 8,700 Qualified Opportunity Zones only earned that moniker because they are in economically distressed communities. Could there be value here? The short answer is yes, but it is accompanied by a boatload of risk and no two assets, even in the same state or Zip Code, will be fungible. Your operational and investment due diligence needs to be in overdrive if you are thinking about QOZ funds for yourself or your client. Avoiding or deferring tax is the American way and certainly (if done legally!) is an admirable pursuit, but when it comes to investing, it can often be the proverbial tail wagging the dog. The investment thesis should be understood thoroughly, and the net tax benefit looked upon as a bonus. The emphasis on “net” is intentional and meant to encourage a very close look at your potential after-tax and net-of-fees expectations. Ironically, the 20% capital gain rate avoided or deferred may bear a very close resemblance to a “2-and-20” fee model that you will have the “opportunity” (pun intended) to pay for perhaps 10 years on a fund sponsor valuation that is based on best guess estimates, in absence of any true FMV price discovery points. Don’t let this be your Serling-esque post script, lifted and adapted from a Season 1 Episode so aptly entitled Escape Clause: Beaten by the clever salesman and his own lack of ODD/IDD, and by a scheme of things in this, The Opportunity Zone. Seek diversification, education and know your risk tolerance. Investing is for the long term. Bill Kelly is the CEO of CAIA Association and a frequent contributor to Portfolio for the Future. Follow Bill on LinkedIn and Twitter.