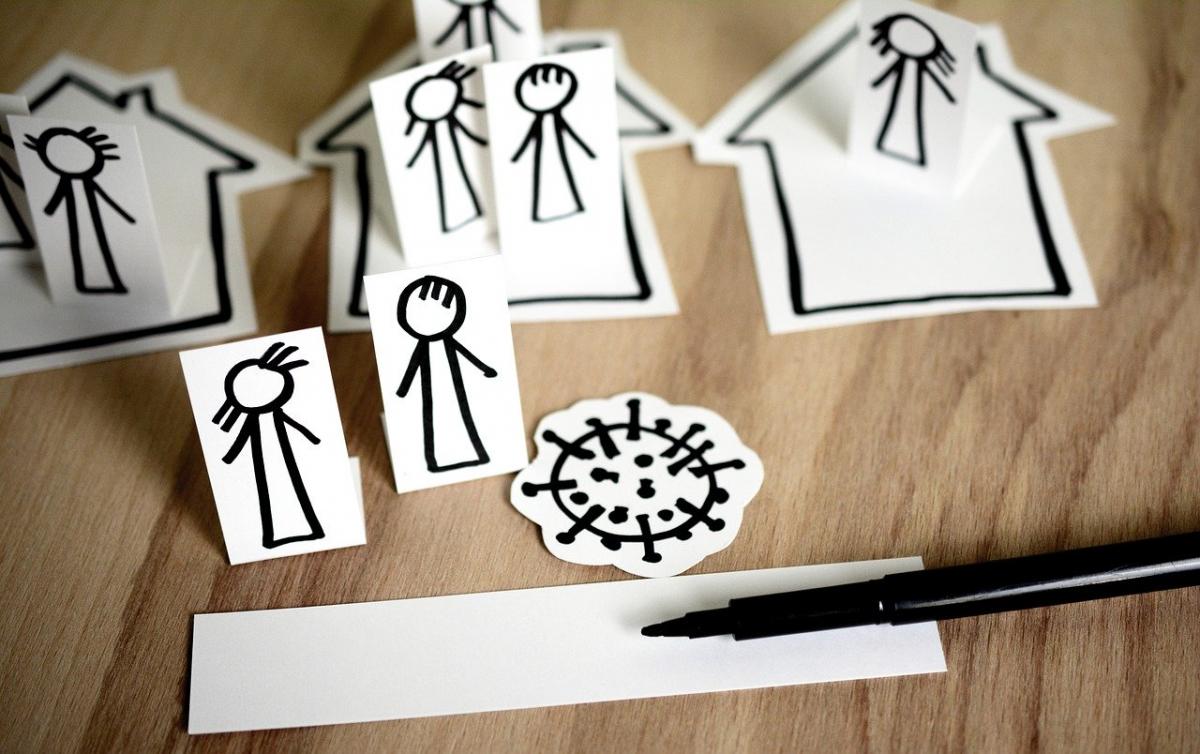 During the Global Financial Crisis, the financial world learned that, in times of calamity, “the correlations of risk-on assets move towards one.”  Asset classes that had appeared to be uncorrelated and which appeared to contain only idiosyncratic risks suddenly became correlated.  It turned out that systemic risk (correlation) was non-linear.  Author and former hedge fund risk manager Rick Bookstaber famously quipped in his book “Demon of Our Own Design” that the market changed state into a sort of high-energy “plasma” where every particle became aligned.

As Mark Twain reputedly said, history may not repeat itself, but it often rhymes.  The current Global Health Crisis is teaching us that despite divergent healthcare policies and responses to Covid-19, the virus is having a similar impact in all parts of the world (for example, see Goldman’s latest briefing last Thursday).  In other words, countries that had appeared to be uncorrelated and which appeared to contain idiosyncratic risks have suddenly become highly correlated.

Ironically, biological systems have long been used as an analogy for financial systems.  George Sugihara is one of the best-known researchers of the parallels between ecological contagion and financial contagion.  Not only is he a Distinguished Professor of Natural Science at the Scripps Institution of Oceanography but he is also a former quant at Deutsche Bank.  Sugihara found that financial and biological systems in a dynamic equilibrium could both crash with only a slight change in the relationship between nodes in those systems.  In other words, once the wheels start to wobble, you’re toast (in a Tacoma Narrows Bridge sort of way).

While correlations can theoretically “go to one” in both financial crashed and pandemics, countries like South Korea and Italy prove that there may still be room for active management by national governments.  Prima facie, it appears that a country’s Covid-19 rates are a factor of both beta and alpha.  The beta is driven by the global system itself (essentially, trade and the flow of people – without whom there would be no contagion).  The “alpha” can be thought of as the deviation from a global average of cases.

Like alpha in financial markets, Covid-19 alpha can be positive or negative regardless of the absolute outcome (number of cases).  But while financial returns can be positive, in a Global Health Crisis, there is only a negative outcome. Still, public policy and citizen behaviour can create “positive” or “negative” alpha around what appears to be mostly a predestined outcome (say, the “doubling every 2 days” in the Financial Times chart below containing data up to March 28). 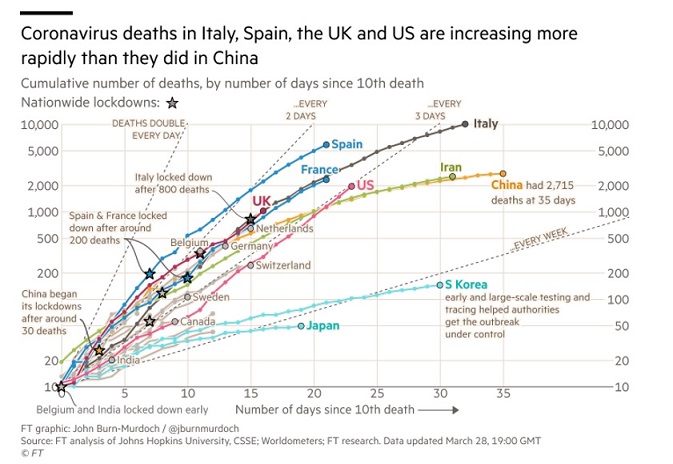 The good news is that while Covid-19 “beta” is always negative, Covid-19 “alpha” is usually positive.  In other words, mitigation strategies rarely make the absolute effect of the pandemic worse.  (A notable exception may have been early advice in the UK to forsake mitigation in order to build “herd immunity”.)  So, if the numbers are to be believed, Japan and South Korea have produced a lot of Covid-19 alpha.

But you might charge that South Korea hasn’t been exploiting alternative risk premia all along – like a manager whose returns are derived from some alterative asset class.  They have simply closed up shop and avoided the worst of the pandemic.  So, is this really analogous to “alpha”?  The answer is “yes” since, as investors know, alpha can be an artifact of market timing as well as the ongoing harvesting of non-market premia.

Preliminary research has suggested that regions and countries with more rural populations, warmer or wetter climates, or more compliant citizens appear to have been able to ameliorate the spread of Covid-19 – at least so far.  Ditto for countries that reduced social distancing at an early stage in the pandemic.  The bottom line is that we are all swamped by systematic risk at the moment.  Correlations have “gone to one.”  But as these systematic forces eventually weaken - even slightly - idiosyncratic mitigation strategies may begin to make a difference.  Non-linear correlations can ramp up towards one in a calamity but can also fall non-linearly as the systematic risk subsides.  In the end, Herculean government efforts along with the blood, sweat and tears of citizens may create the “alpha” needed to keep correlations just low enough to avoid triggering a second wave of Covid-19.