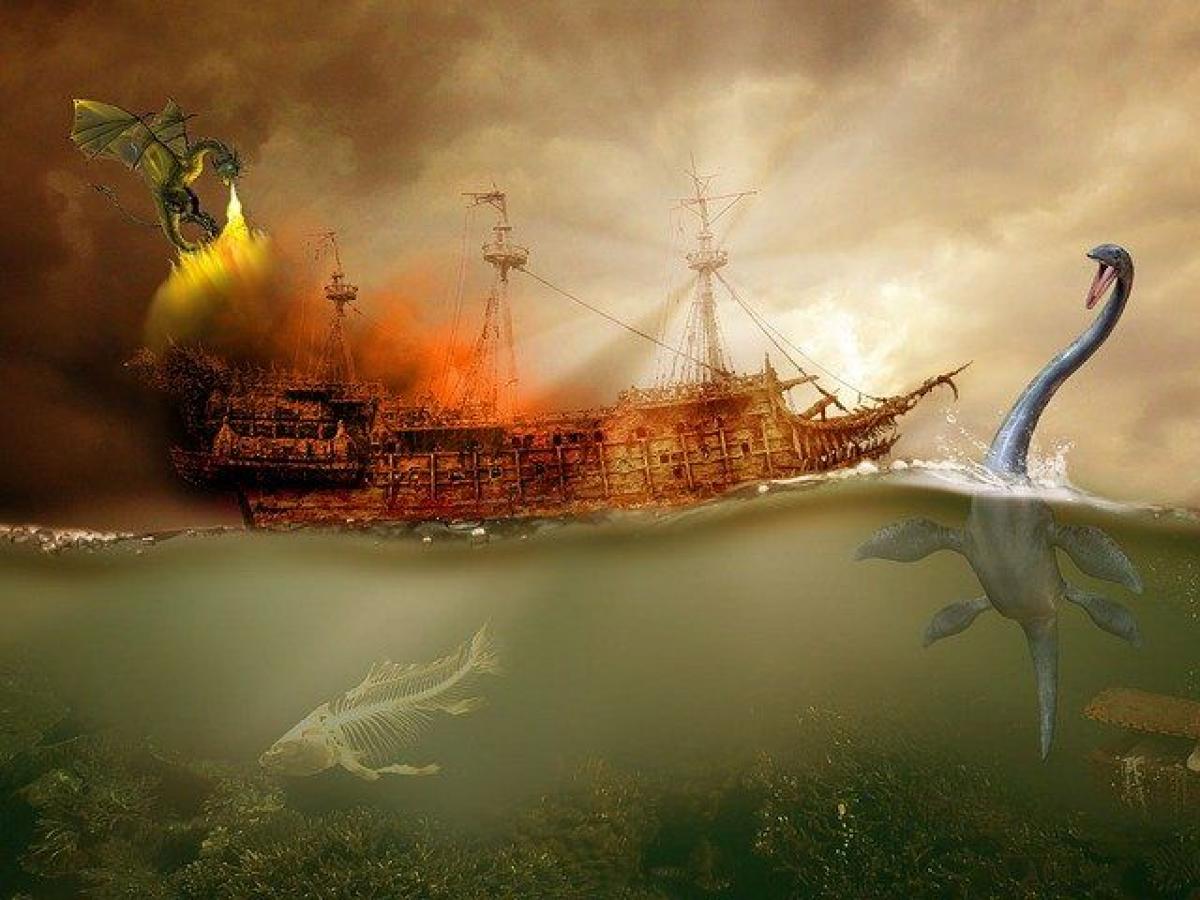 By Jim Bethea, CAIA, CFA: CIO of The University of Iowa Center for Advancement and John L. Bowman, CFA: SMD of CAIA Associaton

The cult-like declaration has its origin in the 2010 Clash of the Titans remake. While the cast was superb and it grossed nearly $500m worldwide, it was a forgettable 108 minutes with the exception of this exclamation from Liam Neeson’s Zeus character. The king of the gods orders the release of the legendary cephalopod sea monster to pronounce judgement on the world. The gigantic terror had been imprisoned and trapped by Hades, rendering it helpless, until big brother Zeus approved the reckoning.

Meanwhile, the global economy has been put on life support as a necessary measure to protect the health and welfare of humanity. It’s a self-induced coma of epic proportions that has arrested the attention of our modern-day Mt. Olympus leaders. Unprecedented action and stimulus by the White House, Federal Reserve and Treasury have pumped desperately needed liquidity and socioeconomic relief into the economy at record levels.

In particular, the CARES Act was the largest single injection of federal cash into the economy in U.S. history representing nearly 10% of total annual economic output. But the moment the ink dried on the checks, there was collective pressure and chatter to add a fourth round of COVID-19 response. But is the government solely responsible for medicating this vegetative patient? Is there a private market solution that could contribute to the critical condition of hospitals, restaurants, hospitality, retailers, and other small businesses? And to that, channeling our inner Zeus, we say that another type of reckoning is due, a virtuous one…Release the Dry Powder!

Private equity GPs currently hold more than $2 trillion of committed capital that has yet to be deployed. These monies typically are retained by the committed LP and held in liquid securities that can be quickly converted upon capital calls. In recent years, the record levels of net reserves in the industry is widely understood to be a function of the rapidly increasing portfolio allocations to private capital coupled with the difficulty of finding prudent investment opportunities at reasonable prices. In other words, demand from allocators was far outpacing the ability for GPs to put that capital to work, particularly in a late-cycle environment.

Enter the global pandemic and a $20+ trillion vaporization of global market value since Feb. 19. As private equity book values famously are only marked to market quarterly, the true implications of this correction on valuations of both current and prospective portfolio companies may take several quarters to fully understand. But one thing is abundantly clear, the engine of the economy, small- and medium-sized businesses, and the sweet spot for venture, buyout, and distressed private equity prospecting, are collectively bleeding and sorely in need of stimulus. If some of these businesses were good buys two months ago, surely they are even better buys at these retracted multiples. So why aren’t we seeing an explosion of capital calls to exploit what must be an abundance of new possibilities?

Perhaps one reason is mismatched priorities and the ever-present issue of moral hazard. In the early days of remote work, most general partners were focused on maintaining existing portfolio companies, determining their cash-flow needs, and drawing down credit lines. This focus shifted upon passage of the CARES act, and GPs quickly began to determine how they themselves could take advantage of the Paycheck Protection Program (PPP). While several GPs were eligible for the PPP, few actually took advantage of it after weighing potential public perception. The limited partners of those funds breathed a sigh of relief that they would not be subject to the PR nightmare of investing with fund managers that took government money.

Certainly, another reason is simply the unprecedented disruption of the COVID-19 virus on our professional and personal lives. Put simply, with no one traveling, operational and investment due diligence is nearly impossible; plant visits would be painful over Zoom. Further, with clarity of profitability and cash flow trajectory elusive and parts of the global supply chain atrophied, it is extremely difficult to accurately price a business. We’ve even seen many GPs with signed letters of intent back off from finalizing transactions in the eleventh hour. The secondary market seems promising at face value for the for the courageous but would force buyers to rely on stale valuations and pre-COVID financial statements. The steep discount demanded to swallow that uncertainty is probably too large at this point. These are massive hurdles that should indeed measure any responsible fiduciary’s decision making. But we’re not ready to pardon the industry just yet as we wonder whether there are also more foundational dislocations playing a part as well.

The undeniable benefit of private capital is that it is, in theory, generally unmoored from the short-term machinations of public markets, allowing for much better sustainable alignment of investors and management. This alignment of interests liberates investors to take advantage of market dislocations, information asymmetry, and out-of-favor or counter-cyclical opportunities. The best investors “social distance” from the herd and buy when the popular psychology screams to sell.

Furthermore, private investment facilitates a more natural channeling of long-term pools of capital into impact and environmental, social and governance projects such as infrastructure, real estate, clean energy, agriculture and water. There is no doubt this original purpose of finance has been abused by asset stripping, over-leverage, and financial engineering designed to put GPs interests above LPs, beneficiaries, employees and often communities. But these perversions in some pockets of the industry, that CAIA Association confronts extensively and often, do not erase the underlying point—private capital can be, rather, should be, a powerful force for good.

So why is the entire private equity value chain mothballed at exactly the time we need it most? Banks are demanding more collateral; covenant-lite loan breaches are forcing unfavorable and nearly criminal recapitalization (see AirBnB’s recent 10%+ interest-bearing loan), term sheets are stagnating, funding is collapsing, LPs are demanding liquidity to cover liabilities…and perhaps have cold feet, and capital calls are all but non-existent. How can this be after markets have been reset?

What we fear most is that the whole eco-system thrives in times of bull markets and bubbles, when most of the value has already been extracted from businesses and seizes up in times of anxiety. And as mentioned, that’s exactly the emotional and fickle behavior that private capital is meant to offer refuge from. The courageous will be rewarded, small businesses will be saved, community jobs will be retained, and the economy will feel a tail-wind of the righteous side of capitalism if we can reboot the chain. More importantly, private capital has a once in a generation opportunity to commandeer the identity of the industry back to its virtuous roots, and maybe even take a step towards rebranding into a true profession. To that we say, Release the Kraken!