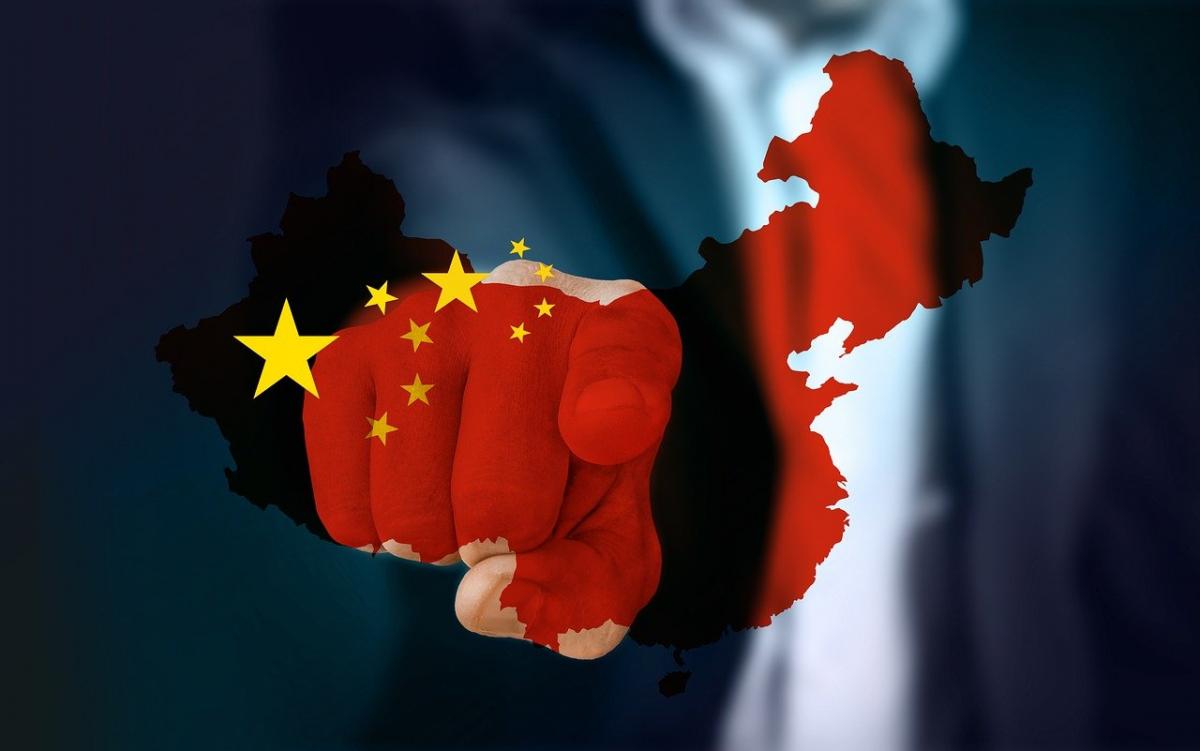 By Dinny McMahon, Economic Advisor to ShoreVest For the last few years, China has been involved in a slow-moving cleanup of its banking system, creating vibrant distressed debt and special situations opportunities for investors. Those opportunities have been heightened by the pandemic which is forcing banks to accelerate their pace of bad loan disposals. And yet foreign capital is significantly underrepresented among investors in this space. While the operating environment has unquestionably improved since China's last debt disposal cycle, significant barriers to success remain. This piece will outline China's advantages relative to other markets, illustrate the scope of China's bad loan issue, outline how the operating environment for distressed debt and special situations has improved, and explain why it remains a challenging environment for foreign fund managers. THE PANDEMIC When compared to other major economies around the world, China presents an immediate opportunity for distressed debt and special situations investing. China has put the worst of the pandemic behind it. The economy has stabilized, and economic activity has assumed a degree of normalcy which is currently unthinkable in most developed countries. On the back of this success, China's financial regulators have restored monetary policy with a more normal footing. While interest rates are at rock bottom in most developed economies, in China interbank lending rates have returned to pre-pandemic levels. Meanwhile, US and EU measures to mitigate the pandemic's fallout have suppressed borrowing costs and investor returns, thereby keeping alive firms that under normal circumstances would require restructuring. For the time being China stands out as one of the few places where investor returns aren't distorted by monetary authorities' emergency measures, and where distressed debt and special situations opportunities have reemerged. The opportunities for private credit investing are particularly pronounced. Private sector firms have traditionally struggled to tap credit from the formal banking system. For a period following the global financial crisis they were able to close the gap by borrowing from a nascent shadow banking system, but a sustained crackdown since 2016 has meant that credit available from shadow banking sources has massively contracted. Hence, private firms that need credit—whether it be to take advantage of post-pandemic M&A opportunities, or for working capital to support their recovery—have few options available to them. We estimate that the prevailing interest rate which private companies are willing to pay is in the mid- to high teens for a twelve-month senior secured loan, almost twice the level we saw in prior years. Meanwhile, the sheer volume of nonperforming loans (NPLs) banks dispose of annually makes China the biggest distressed debt market in the world. In 2019,  NPL and non-core asset disposals in Europe (the second largest market) came to EUR 102.4 billion ($125 billion), compared to about $160 billion in NPL disposals (not including write-downs) by China’s banks. That said, there is no way of knowing the precise scale of China’s NPL problem. According to the China Banking and Insurance Regulatory Commission (CBIRC), at the end of June the NPL ratio for China’s banking system was 1.94%, up slightly from 1.86% from the end of 2019. That is relatively low by international standards, partly because China’s official NPL data has long understated the true level of bad debt, and partly because of sustained efforts in recent years to dispose of NPLs. The pandemic has further complicated any effort to estimate the true level of banks’ distressed debt with authorities encouraging banks to exercise forbearance in their treatment of borrowers. However, forbearance is due to end on March 31, 2021, and the banking regulator has warned financial institutions to prepare for a coming wave of NPLs. Even though official NPL data suggests that China's banks don't have a problem with asset quality, NPL disposal data says something different. China was already in the midst of an NPL disposal cycle when the pandemic hit. According to data disclosed by the CBIRC, in the four years from 2016 to the end of 2019, Chinese banks disposed of 6.7 trillion yuan ($965 billion) worth of nonperforming loans, a figure that includes write-downs, debt-to-equity swaps, and the transfer of NPLs to third parties. That is equivalent to approximately 4.9% of the total volume of outstanding loans at the end of the period. 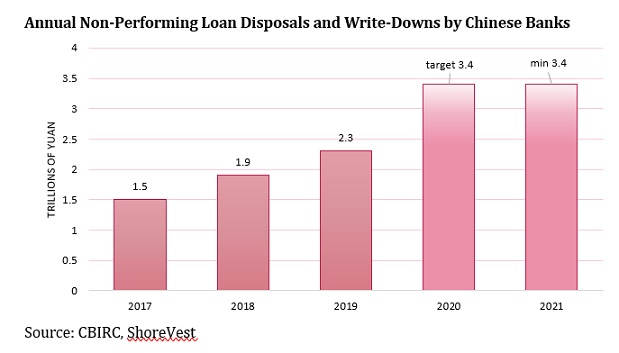