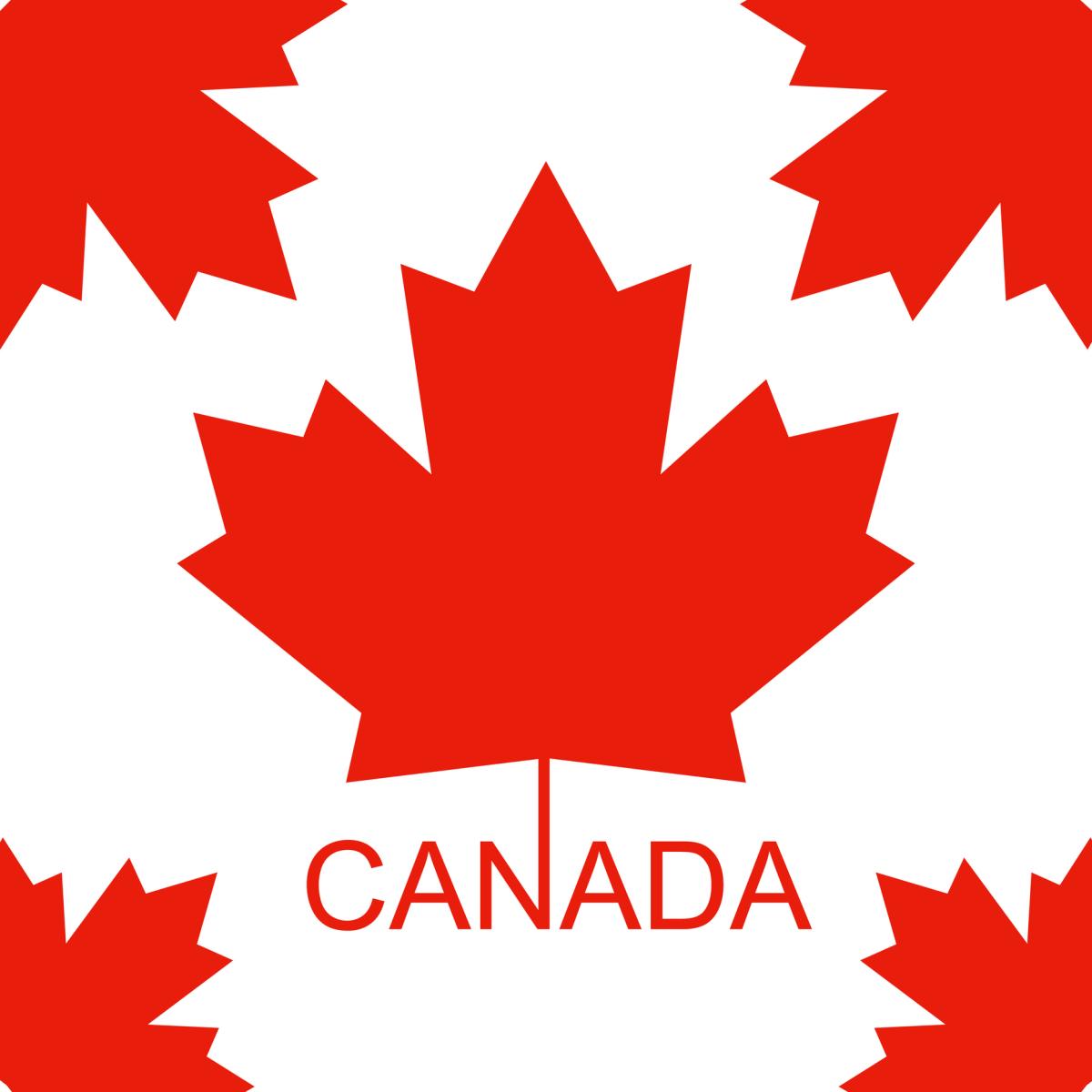 Being back on the road has its advantages, one of which is connecting with people around the globe fulfilling the CAASA (Canadian Association of Alternative Strategies & Assets) motto of bringing Canada to the world and the world to Canada.

On a previous trip to Seoul, I was asked by CAIA Korea to present the Maple Model (of Canadian larger public pension plan management) on Sept 1. Minjun Kim and his fellow Chapter Executives brought together some of the prominent CAIA members in Seoul’s Wall Street (Yeouido) where I had worked many years earlier, to hear my briefing on the subject.

As many might know, the Maple Model has been implemented since the 1990s by major plans in Canada, aka the Maple Eight: AIMCo, BCI, CDPQ, CPP Investments, HOOPP, OMERS, OTPP, and PSP and I would add two others to this list: OPTrust and University Pension Plan of Ontario (UPP). A large number of these investors are members of CAASA and active in our many events. 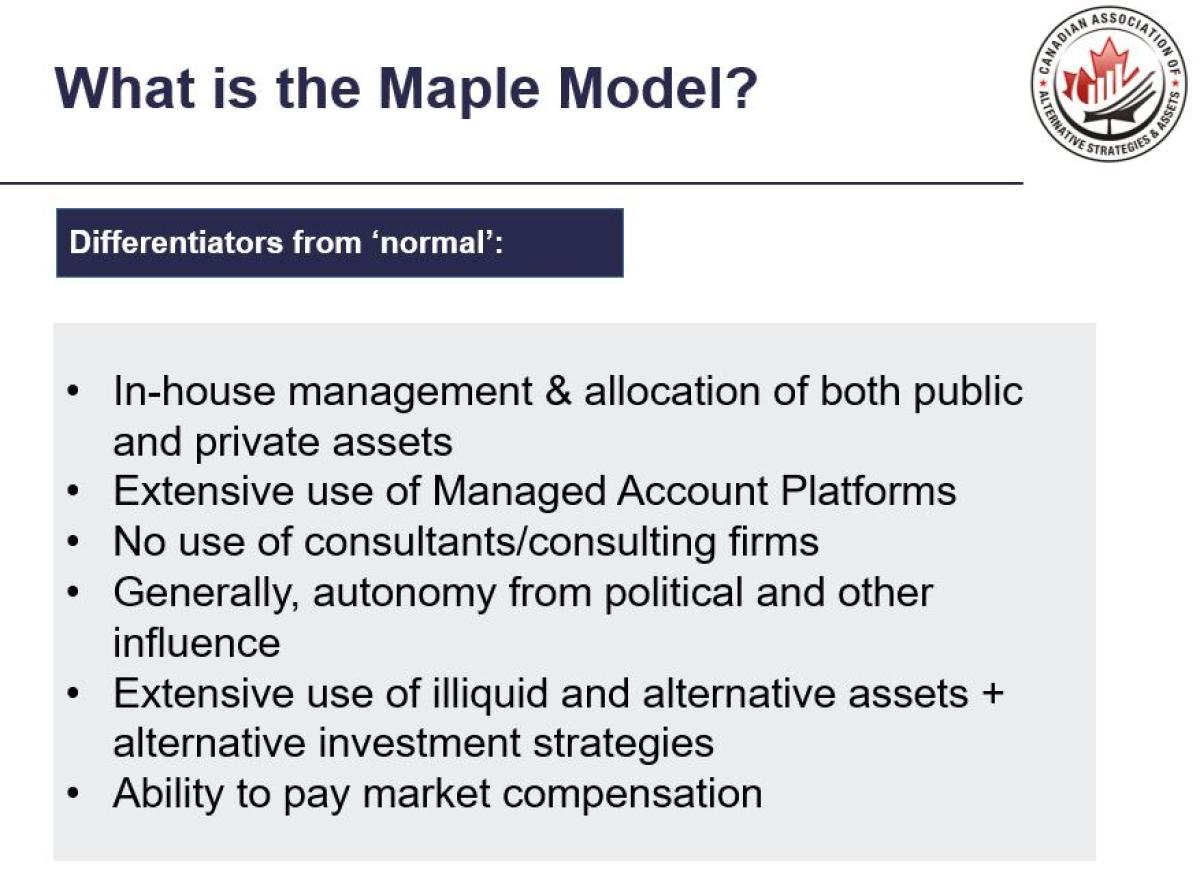 The Maple Model is characterized by the following:

On the last point, reviewing public documents shows that these plans pay their c-suite (depending on size of plan and level of responsibility and tenure) $350,000 to $5 million per role, with packages generally being in the $800,000 - $2.5 million range, including salary, short-term bonus, and LTIP (long term incentive plan). Incentives are aligned with metrics based on delivering for beneficiaries and overall comp is closer to market rates than other plans. Of course, some see the psychic benefit of working with an A-level team as a bonus and once these individuals descend from the mountain (that said, many stay on for many years), they can glean good value from future packages.

Some at the presentation asked about resistance to the establishment of these plans in this manner but I could not come up with any supporting evidence of this. It was divorced, in most cases, from the political process and - let’s be honest - that is the best way. Having oversight by elected officials who will likely do the most expedient vs the most effective method of asset allocation. Had they omitted alternatives, such as hedge funds and associated strategies, because of someone’s more visceral decision beneficiaries would have been robbed of their many benefits.

Having in-house talent for such things as large principal transactions such as infrastructure has its benefits also. It allows for a 50+ year time horizon vs 10-12 years for a fund and saves the management and performance fee paid to the manager. To be fair, in-house talent is not cheap either, but spreading the up-front cost over decades saves a great deal and they would have had someone on staff to do the allocation to a fund in the first place - so the sum of that cost + manager fees would surely outweigh that of internal personnel.

What the Maple Model really provides, along with reduced overall fees and more transparency to the underlying portfolio, is continuity of purpose. The plan can pursue constancy to an ideal object with long-term, effective staff and without the distractions of vacillating political agendas. 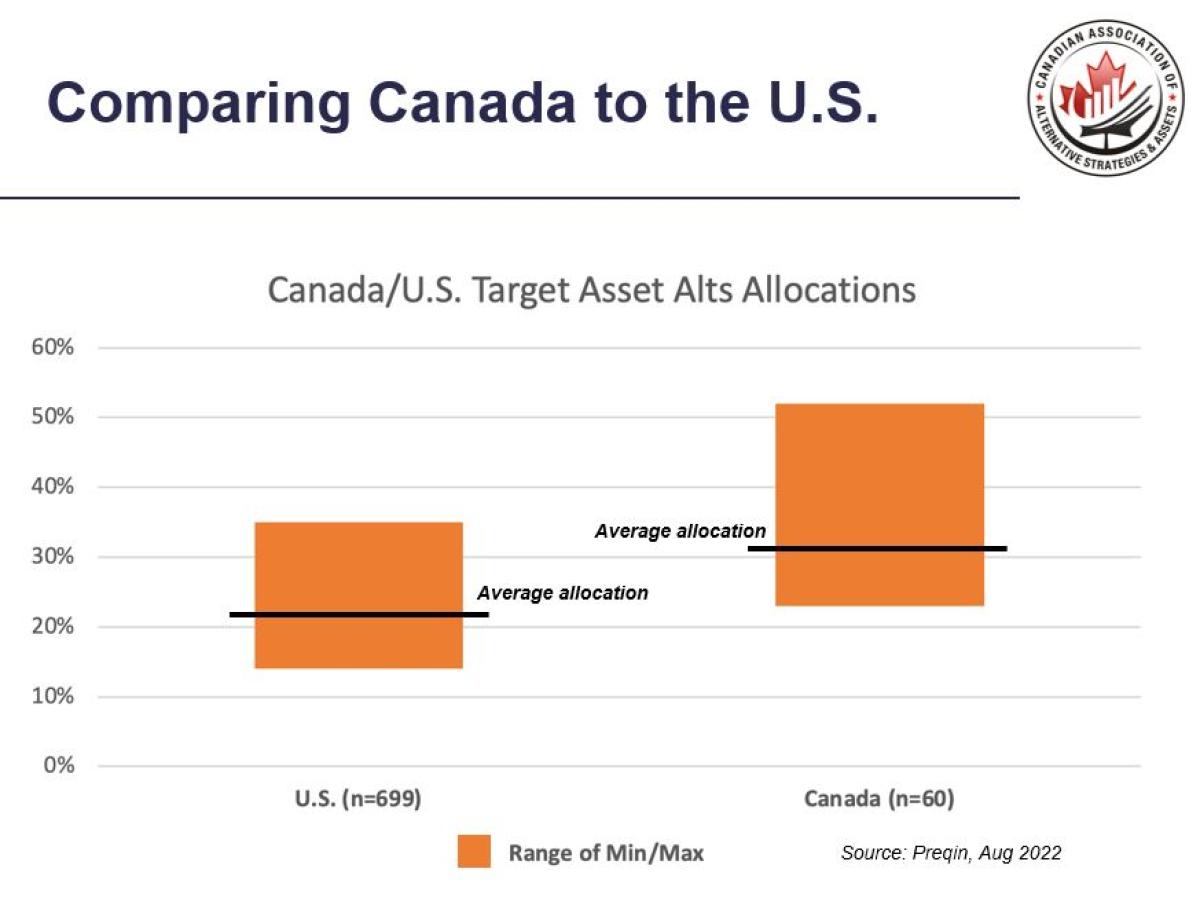 The aforementioned, in itself, is reason enough for pensions elsewhere to study this mode seriously, but the result of this process makes it even more worthy of adoption: 100% - 120% funding ratios.  While many plans are woefully underfunded (80%, 70%, 60%…even 29%), the Maple Model (+2) plans are consistently 100%+ funded with one at 120%.  That means (theoretically) that top plan could lose 16% of NAV and still afford to buy the annuities to cover off its commitments to beneficiaries.  This amount of certainty allows the plan to take more ‘risk’ by further investing in illiquid investments like private equity and principal transactions that can lead to further outperformance.

It’s a virtuous circle that underfunded plans (which may have as much as 12% of AUM earmarked for disbursements in the coming year) cannot avail themselves of.  This also creates a rainy-day fund wherein these plans can be relatively sure to weather choppy markets when the unthinkable (Black Swans) occur - and even, possibly, use their strong balance sheets to take positions that others dare not.

All in all, the absence of political influence, procuring and compensating the best talent, and investing in alternative investments has created an excellent environment to perform and fulfill the promises to millions of Canadians.

James Burron, CAIA, co-founded CAASA in response to industry support for a Canadian alternatives association to serve all aspects including: hedge / alternative strategies; private lending; private real estate; private equity; plus emerging areas where Canada is a leader such as digital assets / blockchain and robo-advisors. 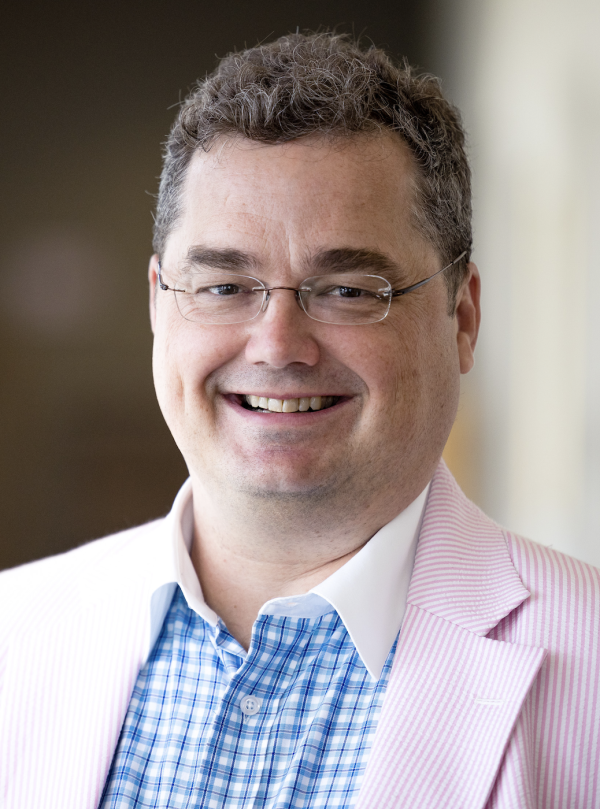 Prior to CAASA, James was the Chief Operating Officer of AIMA Canada where his team of three worked with 12 committees to produce 50-60 events per annum across Canada, organize 100+ committee meetings, and increase member numbers over his 7-year tenure from 66 to 164 corporate entities.

James also has experience in research and writing for the CAIA Association as well as serving on CAIA’s Exam Council and as a grader for the Level II portion of the exam.  He also had roles in institutional sales and FoHF structuring in Seoul, South Korea, as a Product Manager at ICICI Wealth Management, and an Investment Advisor at RBC Dominion Securities.  He graduated from Simon Fraser University with a BBA (Finance).).