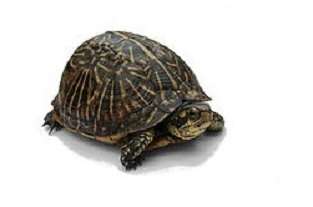 The regulatory authorities around the globe who act these days as if every derivatives transaction ought to clear through a central counterparty (CCP) aren’t being entirely unreasonable. They have a plausible case, and a little history will make clear the origin of this idea.

Enron wasn’t an exchange, and it had no CCP for clearing. Enron was either the buyer or the seller in every trade executed through EnronOnline, and it tried to balance the buys against the sells day by day. The value of EnronOnline to both energy producers and energy buyers depended upon Enron’s own unquestioned credit worthiness. Once this came into question at all, collapse came quickly.

Indeed, one of the chapter titles in the Smith and Emshwiller book on the fall of Enron is, “I Must Have Heard the Term Death Spiral a Dozen Times Today,” a  quote they attribute to a Goldman Sachs analyst, who spoke to them on October 24.

The death spiral, as it affected EnronOnline specifically, (not the whole of Enron, but a critical component), was simple: loss of confidence in the proprietors of such a bilateral quasi-exchange will breed loss of volume, which in turn will cause yet more potential counterparties to lose confidence, withdrawing their volume, and so forth, until there is only an empty room, where nominal traders can play touch football with one another because the phones don’t ring.

That experience made traditional exchanges, and common clearing, look good by contrast. Yes, most people (including regulators) understand that not all derivatives can be standardized to the extent necessary to trade through an exchange. But a CCH sounds like a less challenging part of a whole, and surely any derivative worth trading can be standardized enough to use one of those. Right?

The crisis of 2008 not only confirmed the (apparent) lesson learned seven years before, but extended it from the world of physical commodities and their derivatives to the seemingly different world of credit and interest-rate related confections. In this new context, one in which collateralization had long been a matter of bilateral negotiation, AIG repeated the part of Enron, and its Financial Products subsidiary played that of EnronOnline.

AIG didn’t post daily variation margin, and when its ratings started to decline, it faced huge collateral demands from counter-parties. The federal government ended up assuming the role of the otherwise missing CCP.

So why not just say: ‘everybody has to have a CCP for everything!’? If we cannot for reasons of practicality do that all at once, why not do it more gradually?

There are lots of good answers to that. Perhaps the most obvious concern is collateral shock. If everyone needs to post the same assets as collateral with the same CCPs, then the market value of those assets will be arbitrarily inflated, and a range of unhappy consequences are certain.

Couldn’t we resolve that problem by a gradual phase-in of the new CCP-oriented rules?

Three important industry groups have addressed this very point in a recent (December 12, 2012) letter to the Chairman of the Basel Committee on Banking Supervision. This letter comes in reaction to the BCBS’ consultation document on margin requirements for non-centrally-cleared derivatives.

The groups, ISDA, the IIF, and AFME, make the sensible point in this context that the CCPs themselves will be human institutions, subject to frailty. If they are to play an expanded role, and that role is to assist the financial world in risk management, then they have to be designed with care, and they have to have a high “product eligibility bar.” Otherwise, they are the new 2B2F threats, and the regulators will have increased systemic risk in their efforts to reduce it.

ISDA, the IIF, and AFME also observe that there are a variety of non-controversial derivatives, indeed as they write derivatives of “enormous social value” such as the currency swaps that the end-users, operational corporations, employ to raise capital outside their home country, which cannot be standardized.

The bottom line, then, is that an overly draconian approach toward non-cleared transactions will have costs, in excess of its benefits, and that these costs won’t be reduced by simply phasing them in. That just means they will be faced on a protracted schedule of such an “implementation transition and calibration process,” not that they will be lessened.