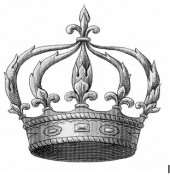 Three scholars have recently surveyed the rise since 1976 of aggressive bondholder litigation against sovereign issuers. Some of the results of their study seem intuitive (that is, predictable), other results are a bit more surprising.

The year 1976 is a natural starting point for the compiler of a database of such lawsuits, because in that year the US enacted the Foreign Sovereign Immunities Act. An analogous bill in the United Kingdom, the State Immunities Act, became law just two years later. Other countries have followed, although the US and UK still offer the most common venues.

As the authors of “Sovereign Defaults in Court” observe, under the provisions of the US’ FSIA in particular the “commercial activity” of a foreign state carried out in the United States is not protected by the doctrine of sovereign immunity. In 1992 the Supreme Court ruled that the issuance of bonds is itself a commercial activity, thus bond defaults by sovereigns are clearly subject to litigation in U.S. courts.

One of the more intuitive findings of the authors of this study is that the identity of the plaintiffs has changed over time. The plaintiffs in such lawsuits in the 1980s were usually banks, now they are usually the “vultures” among hedge funds. The authors, Julian Schumacher of Free University Berlin, Christoph Trebesch, of LMU Munich, and Henrik Enderlein, of the Hertie School of Governance, use the phrase “vulture funds,” although I should note that they also usually put quotation marks around it.  As they define it the term refers to specialized distressed debt funds, often created solely to pursue a specific case.

The first major litigation that these authors count as a victory for such a fund, against a sovereign, came about in 1995, in CIBC v. Banco Central do Brazil. So this was almost twenty years after passage of the FSIA, in a case initiated by the Dart family, hold-outs against Brazil’s participation in the Brady-bond restructuring of 1992.

The role of hedge funds took some further time to become dominant. Since the year 2000, though, with Elliott’s successful pursuit of the Republic of Peru as a marker, funds do dominate as plaintiffs, initiating 88 percent of the cases in the database.

The shift from banks to hedge funds as plaintiffs is what one might have expected. But a somewhat more surprising inference of Schumacher et al. is that a large majority of defaults and restructurings do not produce such litigation.

Further, most of the litigation at issue is generated by a small number of defaults. The Argentina 2001 default by itself accounts for “nearly half of the case universe … 47 new commercial creditor lawsuits,” and Peru’s debt exchange in 1997 accounts for another 12.  Despite the worried tones in which this is often discussed, there is no invariable pattern of a run to the courthouse by vulture funds or other creditors in cases of sovereign debt crises.

The probability of a lawsuit in a specific instance correlates with the size of the haircut. A one standard deviation increase in the size of the present-value loss by creditors produces nearly a doubling in the likelihood of litigation. The reasons aren’t difficult to fathom. As the haircut gets larger, there are two obvious consequences: first, it becomes ever more attractive for a debtor to get some quick cash by selling the defaulted-upon instruments; second, it becomes more plausible for a third party to buy at those instruments and look to litigation as a business plan.

The raises the following query: have governments in effect figured this out, or will they learn of it when they read this paper? If they already know that a smaller haircut can avoid litigation, are they structuring accordingly? Are they keeping the haircut as low as possible with that aim? The authors don’t offer an answer to that one, beyond a very cautious statement that the size of the haircut “may be endogenous,” that is, may be a factor in the government deliberations that have gone into shaping this database.