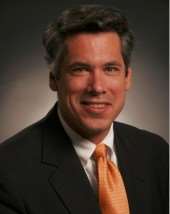 By Don Steinbrugge Agecroft Partners predicts that the hedge fund industry will set a new record for assets in 2013 despite the lackluster investment performance for the industry over the past two years. This will be driven by pension funds increasing their asset allocations to hedge funds, and a broadening of the hedge fund investor base due to the passage of the JOBS ACT. This conclusion is based on several dominant and emerging trends Agecroft has identified through their contact with more than 2,000 institutional investors and 300 hedge fund organizations during 2012. Below are the eight leading trends that were identified for the hedge fund industry for 2013.

1. Pension Funds will continue to be the largest contributor to growth in the hedge fund industry in 2013 We will continue to see a strong trend of pension funds increasing their allocation to hedge funds in order to enhance returns and reduce downside volatility in their portfolios in order to help manage their massive unfunded liabilities.  As a result of declining interest rates, forward looking return assumptions are currently around 3% for fixed income portfolios managed against the Barclays Aggregate Bond Index which currently represents approximately 30% of pension funds’ total assets. With current actuarial return assumptions averaging approximately 7.5%, we will see pension funds shift more assets from fixed income into hedge funds as long as interest rates stay low.

2. Pension funds’ hedge fund investment process will evolve at an accelerated pace As pensions struggle to enhance returns to meet their actuarial assumptions, we will also see an increase in the speed of the evolution of pension funds’ hedge fund investment process. Historically, many pension plans started with an investment in hedge fund of funds, followed by hiring a hedge fund consultant and investing directly in typically the largest hedge funds with the strongest brands. As they increased their knowledge of the hedge fund industry and added to their internal research teams, they began to make more independent decisions and focused on “alpha generators” which include mid-sized managers. Finally, they evolved into the “endowment fund model” or best-in-breed strategy of investing. In the final stage, hedge funds are no longer considered a separate asset class, but are incorporated throughout the pension fund portfolio. This whole process use to take over a decade, however recently, some of the larger pension funds have begun to skip the first step of investing in hedge fund of funds by investing directly in individual hedge funds. This will have long-term implications for the hedge fund of fund industry. In addition, we are seeing an increasing number of pension funds utilizing hedge funds in different areas of their asset allocation.

3. Hedge fund of funds industry continues to evolve The hedge fund of fund market place is approximately 25% smaller than at its peak in the third quarter of 2008. In addition, fee income has declined by over 50% due to downward pressure from  large institutional investors. In 2013, the hedge fund of fund market place will experience slight net redemptions where withdrawals  by the largest pension funds choosing to make direct investments in hedge funds will be partially offset by smaller and mid-sized institutional investors increasing their allocations to hedge fund of funds along with new high net worth individuals entering the space. We will continue to see a bifurcation in the industry where a few firms will successfully grow their asset base while others will experience large net redemptions. The successful organizations will fall into two categories which include: 1. Large multi-strategy hedge fund of funds with strong performance that can justify their fees by clearly articulating their differential advantage over hedge fund consulting firms. 2. Niche oriented hedge fund of funds that differentiate themselves by either focusing on a specific strategy, region, fund structure or investor type. Those fund of funds that can clearly articulate their differential advantage will be able to not only grow their assets, but command premium fees.

4. Passage of the JOBS Act will change how many hedge funds market themselves The jobs Act will help level the playing field within the hedge fund industry by giving investors greater transparency. We will see many hedge funds provide on their websites detailed information on their organization, investment team, investment process, risk controls, performance and information on service providers. In addition, more managers will participate in industry databases making it easier for investors to identify and compare managers within a strategy. Investors will also benefit from more hedge fund managers being interviewed in the media relative to their hedge fund strategies and investment ideas. The Jobs Act will benefit the hedge fund industry by broadening out the hedge fund investor base and increasing net flows to the industry. Those firms that implement effective marketing strategies to take advantage of new changes in legislation by the JOBS ACT will have a distinct advantage over their competitors.

5. Rise of long short equity At the turn of this century long/short equity managers managed over 40% of hedge fund industry assets. Since 2008, a significant amount of long/short equity assets have been reallocated to other hedge fund strategies which has caused total assets in the strategy to decline to approximately 25% of the industry. This decline has been driven by a combination of investors increasing allocations to strategies not correlated with long only equity and fixed income benchmarks, for example CTAs, to strategies with better perceived relative valuations of their underlying securities, and because of poor performance from a majority of long/short equity managers as a result of fundamentals playing a secondary role to macro events in driving stock valuations. These last two trends should begin to reverse because relative valuations of equities based on price/earnings ratios look very attractive compared to fixed income now that interest rate spreads have declined to five year lows. In addition, at some point fundamentals will drive stock valuations which should significantly benefit l/s equity managers. As a result we expect to see more assets allocated to long/short equity in 2013.

6. Blurring of the lines between hedge funds and private equity funds Back in 2008, the main difference between hedge funds and private equity funds was the structure of the fund and often not the liquidity of the underlining investments. This was especially the case with illiquid fixed income instruments where many hedge funds that focused on these strategies offered monthly liquidity. This created significant liquidity mismatches for many hedge funds which caused them to impose gates, suspend redemptions or liquidate their fund. Today many sophisticated investors understand the benefits of illiquid investments, but are demanding fund liquidity provisions that match the underlying liquidity of the portfolio. We will see longer locks ups, longer redemption notice periods, gates and private equity structures for illiquid strategies.

7. Continued concentration of hedge fund flows into a small percentage of managers The hedge fund industry is highly competitive with some estimates as high as ten thousand funds in the market place. In 2013, we will see 5% of funds attract 80% to 90% of net assets within the industry. It will not just be the largest hedge funds attracting assets. Some small and mid-sized hedge funds will rise above their peers by effectively raising significant assets. In order to achieve this they need to excel in three areas which include: having a high quality product offering, a marketing message that clearly and concisely articulates their differential advantage across all the evaluation factors investors use to select hedge funds, and finally, a best-in-breed sales strategy. This sales strategy can be achieved by either building out an internal sales team, leveraging a leading third party marketing firm, or a combination of both. Firms that do not excel in each of these three areas will have a difficult time raising assets.

8. More hedge funds focused on the retail market As raising assets for hedge funds becomes increasingly more difficult more hedge funds are beginning to target the retail markets that are less competitive and from which it is easier to raise assets. In Europe we have seen the assets in UCITS funds expand significantly with more growth expected in 2013. In the US we are seeing a large growth in 40 Act hedge funds and hedge fund of funds, with many more expected to launch in 2013. We are also seeing hedge fund replication strategies utilizing ETFs. All of these have their strengths and weaknesses and could create more regulatory scrutiny.

Donald A. Steinbrugge, CFA, is Chairman of Agecroft Partners, a global consulting and third party marketing firm for hedge funds.  Agecroft is in contact with over a thousand hedge fund investors on a monthly basis and devotes a significant amount of time performing due diligence on hedge fund managers. Don is a frequent guest on business television including Bloomberg Television, Fox Business News and Reuters Insider. In addition, he has been quoted in hundreds of articles relative to the hedge fund industry and has been selected as chairman of some of the most well known alternative investment conferences. Highlighting Don’s 28 years of experience in the investment management industry is having been the head of sales for both one of the world’s largest hedge fund organizations and institutional investment management firms. Don was a founding principal of Andor Capital Management, which was formed when he and a number of his associates spun out of Pequot Capital Management. At Andor he was Head of Sales, Marketing, and Client Service and was a member of the firm’s Operating Committee. When he left Andor, the firm ranked as the 2nd largest hedge fund firm in the world. Previous to Pequot, Don was a Managing Director and Head of Institutional Sales for Merrill Lynch Investment Managers (now part of BlackRock). At that time Merrill ranked as the 3rd largest investment manager in the world. Previously, Don was Head of Institutional Sales for NationsBank (now Bank of America Capital Management). Don is also a member of the Investment Committees for The City of Richmond Retirement System, The Science Museum of Virginia Endowment Fund and The Richmond Sports Backers Scholarship Fund. He is also a member of the Board of Directors of the Hedge Fund Association, Lewis Ginter Botanical Gardens and the University of Richmond’s Robins School of Business. In addition, he is a former 2 term Board of Directors member of The Richmond Ballet (The State Ballet of Virginia),