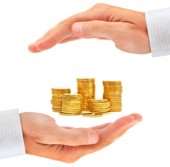 A new study by EDHEC-Risk Institute urges investors to be more vigilant about pension liabilities when making investment decisions concerning sovereign instruments.  Perhaps the most intriguing part of this discussion involves the “political risks,” that is, the reasons pension reform however necessary is politically always very difficult.

That portion of the study is a contribution to public choice theory, the use of economic tools to re-conceive political-science issues.

Two of the key conclusions of this study, each expressly political, are: that European institutions should work toward more transparency in regard to their public finances, and that Europe needs explicit criteria on pension liabilities, in addition to the existing goals of growth, stability, and specified budgetary constraints.

In February 2012, the EC issued a white paper called “An Agenda for Adequate, Safe and Sustainable Pensions.” EDHEC-Risk presented its response to that paper in October, contending that the EC should have taken more explicit note of the importance of portfolio policies on the part of pension fund managers. We summarized that white paper here in AllAboutAlpha soon after its release.

The new study, “Toward Better Consideration of Pension Liabilities in European Union Countries,” is in part a follow-up on that one.

The good news, on the transparency front, is that the European Commission recently released its “Ageing Report” which, EDHEC said in a release accompanying its study, goes a long way toward providing comparable figures and projects from one country to another within Europe.

The study, “Toward Better Consideration,” observes that if a discount rate of 5 percent is used to calculate the present value of pension liabilities, the accrued-to-date liability of 18 of the 27 EC countries exceed 100 percent of their 2010 gross domestic product. Eight of those countries have an accrued-to-date liability (on the same presumption) that exceeds 200 percent of their 2010 gross domestic product.

Further, 5 percent is at the high end of feasible discount rate assumptions: “Going from a 5 [percent] to a 3 [percent] discount rate often as much as triples the accrued size of the liabilities, and sometimes more.”

Pensions, public and private, face demographic risks: those reflecting, that is, upon fertility, life expectancy, and migration.  If the ongoing economic/financial crises discourage potential parents from procreating, then the impact on fertility could raise the average age of the population, with a negative impact on the solvency of pensions in decades to come.

Another consideration:  “brain drain” effects, in which high-opportunity countries are on the receiving end of the migration of talented productive people, could benefit the destination countries.

Pensions also face economic risks, a category that includes GDP stagnation, caused not merely by “underlying institutional and/or social issues that go beyond business cycle fluctuations,” especially in most of the central or eastern European and the Baltic countries, although even in those regions there are exceptions: Bulgaria, Hungary, and Latvia show strong fundamentals.

The great political problem that always faces pension reform is that politicians worldwide have every incentive to defer decisions about such matters. Here is where we arrive as promised at public choice theory.

Any significant pension reform is bound to make enemies, and is relatively unlikely to make many counterbalancing friends (even among those who agree with it). The EU exists largely so that the national governments can re-jigger their own system of incentives, providing themselves with cover for unpopular measures. “We didn’t want to do it, but the EU has forced us!”

But, as the author of this study, François Cocquemas, a PhD in Finance candidate, accurately observes, the re-jiggering hasn’t worked as intended. “The ease with which countries have repeatedly turned their back [on] their European commitments shows the limits of the mechanism.”

The Rise of the ECB

That public-choice consideration also explains the reason for the very recent rise in the significance of the European Central Bank, another and perhaps more potent mechanism for the same end, one that “through the expansion or withdrawal of its asset purchase programmes” can change short-term incentives in a way that can push effectively for national reform.

It is not merely the public pension schemes that face demographic problems. National governments that fail to provide their private pension operations with incentives to adopt more modern balance sheet management practices “will probably have to later rescue some pension funds that are ‘too big to fail’ in an economic or political sense.”

That will be not just a public choice failure, but the satisfaction of a traditional definition of insanity: repeating the old actions in expectation of a new result.