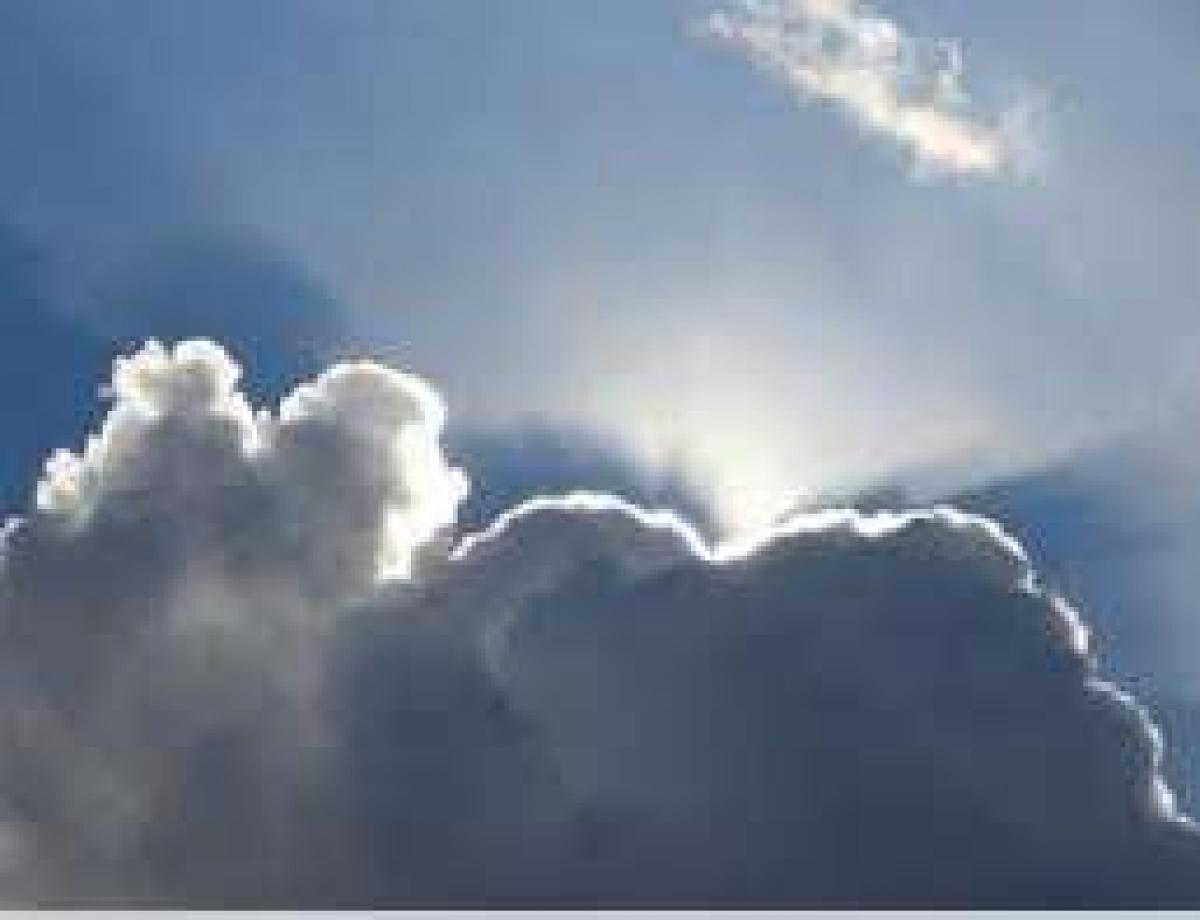 The 2012 NACUBO-Commonfund Study of Endowments indicates that the endowments of the 831 U.S. colleges and universities in its database returned a disappointing average in fiscal year 2012. Indeed, return was in essence flat (-0.3 percent net of fees). This is especially disappointing in that it is such a sharp decline from the previous fiscal year, when average performance was 19.2 percent. The silver lining is that long-term performance at many institutions may be improving. The ten-year returns for FY 2012 were 6.2 percent, which is up from 5.6 percent a year before. But that’s a narrow silver lining indeed. After all, the portion of an endowment used to support the current operations of an educational institution is typically around 4 to 5 percent. Thus, operations together with inflation are eating up what gain there is, even on that long-term view. The National Association of College and University Business Officers has been publishing this annual study in collaboration with the education and research arm of Commonfund since 2009, and it continues work that NACUBO was doing solo for seven years before that.

An Alternatives Takeaway For the alternative-investment industry, though, the takeaway this year may be that there is a long-term trend of increasing allocations to alternative strategies, and that this trend continues.  The overall such allocation increased by one percentage point from 2011 to 2012: to 54 percent. The specifics of this trend depend upon endowment size.  Endowments with more than $1 billion assets under management have 61 percent of that allocated to alternatives. That number steadily decreases as one moves through the categories, until in the smallest category (under $25 million AUM) the percentage is only 11 percent. What are ‘alternatives’? NACUBO-Commonfund understands by that term allocations to any of seven distinct strategies: private equity; marketable alternatives (that is, hedge funds); venture capital; PE non-campus real estate; energy & natural resources; commodities; or distressed debt. 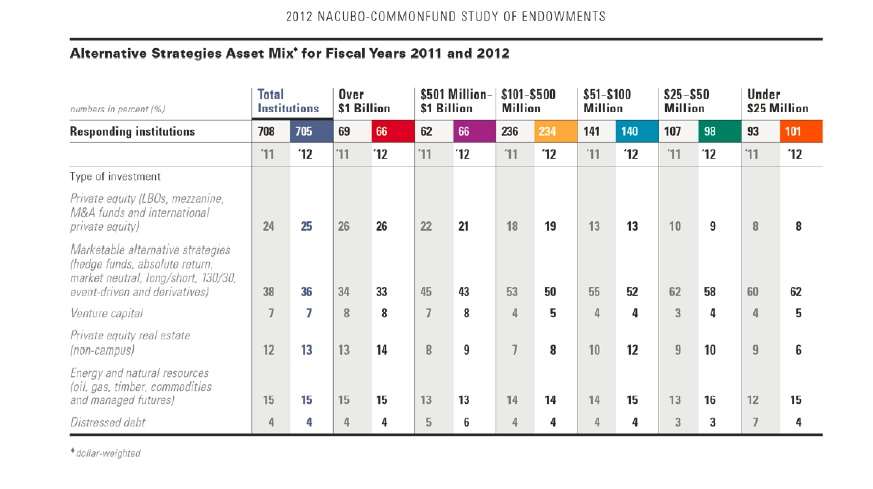 From: 2012 NACUBO-Commonfund Study of Endowments The mix among those varieties of alternative is displayed above. Hedge funds are the largest allocation within the group, representing roughly one-third of the whole. For the smaller endowments, those with fewer than $25 million or those with between $25 and $50 million, this percentage is 62 or 58 percent, respectively.

From: 2012 NACUBO-Commonfund Study of Endowments Endowments seem to see distressed debt and venture capital strategies are quite exotic – those are still only a very small portion of the whole alternatives allocation, whatever the size of the portfolio.

Performance But let’s return to the issue of performance. As the above table indicates, NACUBO-Commonfund broke the performance figures down by the size of the endowments’ involved, as well as by the time horizon. The best performance year to year continues to come from the largest category, educational endowments with assets under management in excess of $1 billion. There were 68 of them in the database last year, and they returned 0.8 percent. The worst performance, though, came not from the smallest (under $25 million AUM). The smallest category did manage a positive return net of fees, though performance was still in essence flat for those endowments; that is, at 0.3 percent.  The worst performance came in fact from the middle range of size. Endowments with $51 to $100 million AUM lost -1.0; those with $101 to $500 million lost -0.7. The average one-year returns for the alternative strategies employed by these endowments varied widely, both among strategies and year-by-year. The two strategies that performed best in 2011 were also two of the biggest disappointments in 2012. Commodities and managed futures returned 26 percent for endowments in 2011, but lost -10.1 percent in 2012. Likewise, energy & natural resources returned 23.5 percent in 2011 but lost -0.8 in 2012. Officials of the sponsoring organizations discussed these results with reporters at a breakfast meeting on the final day of January, 2013. Some of the discussion, too, turned on new revenue streams available to colleges and universities, especially online learning and massive open online courses (MOOCs).  Indeed, the website InformationWeek has asked whether 2013 will become known as the “Year of the MOOC.” If their endowments don’t improve performance soon and with some consistency, they’d better hope the answer to that is “yes.”