Survey: MF Global and Peregrine Have Left a Lasting Mark 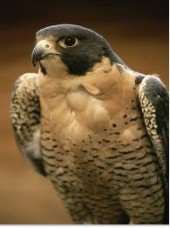 Horizon Cash Management has released the results of a survey of commodity trading advisors and commodity pool operators in the aftermath of the failures of MF Global and the Peregrine Financial Group.

On October 31, 2011, executives of MF Global declared bankruptcy amidst a blaze of public coverage of the transfer of $700 million from customer accounts, apparently to mask a liquidity crisis.

On July 9 last year, Peregrine Financial founder Russell Wassendorf attempted suicide using a tube from the exhaust pipe of his automobile, because at last – after 20 years – his misuse of the funds entrusted to his care was about to become public knowledge. Later that week he was placed under arrest.

The survey indicates that there continues to be a crisis of trust between CTA/CPOs on the one hand and futures commissions merchants on the other. Fund managers need better solutions in order to safeguard their customer funds, and “the futures industry needs improved mechanisms that will help restore trust among investors,” according to Diane Mix Birnberg, the founder and Chairman of Horizon.

Regular readers of AllAboutAlpha may remember our conversation with Mark Casella, of PricewaterhouseCoopers, in August 2012. We asked him which of these is most likely to keep an investor awake at night: “the thought that he’s entrusted his money to a Madoff or Peregrine;” or, secondly, worries about managerial competence/strategy; or, thirdly, concerns about operational issues. He said, “The first of those, full stop.”

Horizon is a registered investment advisory firm that’s been around for more than 20 years and that focuses, as its name suggests, on cash management services. It’s headquartered in Chicago and at present has $2 billion in assets under management. It sent out the survey questions in November 2012, which was four months after the meltdown at Peregrine, and a full year after the MF Global debacle. Wounds had yet to heal.

Ninety-one percent of the respondents strongly believed there was a breakdown in audit procedures.  The comments section for that question displayed what Horizon calls “widespread frustration and anger.”  Beyond the emotive charge, there were three themes in those comments: that the NFA should hire top notch auditors and take full responsibility for their work; that the laws and rules that prohibit and punish fraud ought to be vigorously enforced; that customer segregated funds must be thoroughly segregated, and perhaps verified in real time by regulators.

Eighty-one percent of the respondents said they don’t believe there has been an industry-wide effort to educate the press and public about what has been and is being done to restore trust in the futures markets.

Seventy-three percent of those responding to the survey themselves have been affected by one or more FCM failures.

Most of the respondents (84 percent) are based in the U.S. The respondents as a whole represent approximately 15 percent of the active CTAs and CTA/CPOs in this country.