Dollars and Nuggets Part II: Spain, Cyprus, and the Future 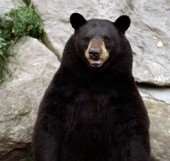 As a general rule, gold has operated since Richard Nixon’s day not so much as a hedge against inflation, but as a hedge against crises. If we look specifically at 2008, for example, we’ll see that gold spiked in the middle of that March, as Bear Stearns bled money. It closed at $1,011.25 in London on Monday, March 17, just after the weekend of frantic negotiations between JPMorgan and the Federal Reserve had produced a JPMorgan takeover of Bear.

The next day, the Federal Reserve created the Primary Dealer Credit Facility, establishing a new source of liquidity for investment banks with a snoot full of mortgage backed securities. And, for the moment, the crisis seemed put off for a bit, anyway.

Gold prices fell immediately, dropping almost five percent on March 19th alone. They kept falling through the coming weeks, and gold was at $853 in the opening days of May.  Of course there were further excitements to come in 2008, and gold reacted to them. The reaction was consistent, though: when something worrisome seems about to happen, gold rises. The worrisome thing does happen, gold spikes. The immediacy of that event passes and people start breathing again: gold falls.

The recent bearishness in gold prices and related equities follows this pattern.  As we observed in the previous entry, the price of gold rose sharply in August and September 2012 and topped out just below $1,800 an ounce in the opening days of October.

Meanwhile, in the ever-dramatic Eurozone sovereign-debt crisis, last summer was Spain’s turn at center stage.  In June, Europe’s finance ministers offered Spain a bailout fund, but Spain’s government seemed averse to drawing therefrom.  After a drumbeat of unhappy news concerning that country’s banking system through July, it was on August 2 that Spain’s Prime Minister, Mariano Rajoy, said that his government might request assistance via that fund after all.

Meanwhile, the ratings companies were expressing their own views of Spain’s sovereign credit worthiness. DBRS cut its rating of Spain’s bonds two levels in early August.

In late September, as police were struggling to keep order in the streets of Madrid in the face of anger over budget austerities, the Spanish authorities published the results of their “bottom-up stress tests’ on their banks, indicating that the banks could survive the likely stresses after all. The ECB breathed an official sigh of relief.

On October 3, Spain’s regional governments agreed to the central government’s austerity measures, giving Rajoy some vital maneuvering room.   That is about the moment at which gold hit its peak. Since then, there has been some pause in frightening financial news from the capitals of Europe, and gold’s price has accordingly receded.

Cyprus and the Future

The declines that we discussed in the last post, then, aren’t surprising. But recent news from Cyprus reminds us that the next crisis is never very far away due to structural features in the post-Bretton-Woods world financial system that no amount of ministerial fiddling will resolve.

More generally, all of this cyclical drama takes place against a background of the creeping de facto re-monetization of the shiny stuff, and the not-so-creeping demise of the U.S. dollar’s ability to serve as the money of monies.

Thomas E. Vass, a North Carolina based money manager, has written a fascinating white paper on “the uncertain future of the US Dollar as the global reserve currency,” and it gives us some insight.   He observes that the US economy has a bilateral financial relationship with the major oil exporters. Their product is priced in dollars, so that oil’s value on world markets ends up serving as collateral for the dollar, and on the flip side “the strength of the US economy acts like collateral value for OPEC countries.”

From that point of view, the dollar is backed by a commodity. Unfortunately, it is backed by a commodity that keeps turning into smoke, and that is in an extreme condition of political volatility, but in periods when the value of oil is on the way up, the fact allows the US government “to finance its crazy drunk sailor spending binge without raising taxes.”

The present situation, in short, is plainly not at equilibrium. Everybody else’s currencies depend upon the dollar, the dollar depends upon petroleum, and petroleum depends upon … whatever. Changes will continue (through a succession of crises if no other way can be developed) until a new equilibrium can be attained, and it is the most reasonable of speculations that the next equilibrium will involve a role for gold.