Is This the End of the Gilded Age for Hedge Funds? 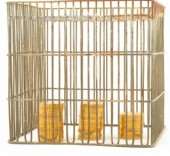 Many of the very highest earning hedge funds and private equity managers earned annual incomes a dozen times higher than the CEO of Goldman Sachs.

It is amazing that hedge fund managers have escaped the public vitriol reserved for the investment banking community. This is primarily because no hedge fund has ever been bailed out with public money and their remuneration has remained below the public radar. ?This is now changing, most prominently in Europe.

The Alternative Investment Managers Fund Directive (AIFMD) was finalized in December 2012 and it contains some very specific rules relating to future hedge fund manager remuneration. These rules will apply from July 2013.

All hedge funds managed or marketed in the 27 European countries of the European Union will have to pay their employees at least 50% of their remuneration package in the form of shares in their funds. Cash payouts are limited to half employee’s annual income.

Furthermore, the same shares cannot be divested for at least three (and preferably five) years. There is no leeway here. The rules are written in such a way that they must be directly transposed into the law of each European member state 'as is'.

The fund remuneration policy must be made known to investors in the fund. Further details will be required by their local regulator. Details of payments to staff will be out in the open and transparent for the first time. It is a sea change for the industry.

Another crucial point is that these rules apply to any fund marketed in Europe. This point has yet to be fully understood in other international locations, such as the United States. In future to even try to seek investor capital from Europe, your fund must be fully compliant with the wide-ranging AIFMD regulations, of which the remuneration rules are only one small part.

The Directive makes this “third-country” compliance process a gradual process but by 2018 non-European managers active in Europe will be forced to introduce compliant remuneration policies - or forsake capital investment from the world’s largest trading block.

These regulatory changes will all have a negative impact on remuneration throughout the industry.

Compounding this new proscriptive regulation is the lackluster performance of many hedge funds over the last five years. For this they have only themselves to blame.

It also gives investors the upper hand in fee negotiations and will also apply downward pressure on both future performance and management fees.

The difficulty for many hedge funds in out-performing the market is a reflection of their huge success in recent decades. How can hedge funds outperform the market (and earn large performance fees) when to a large extent they are the market?

Convergence of Mutual and Hedge Funds

This trend has been widely noted but less has been said about the likely effect it will have on funds profits. This will exert downward pressure on both performance and management fees.

Salaries and bonuses have always been far lower in the traditional mutual fund industry, primarily due to the lack of performance fees. This convergence is set to continue and will further threaten the old “2 & 20” model.

Since they exploded onto the investment scene over a decade ago the growth of ETFs has been stunning. Where they initially tracked indices or stock exchanges, they now offer far more diverse investments in a huge variety of specific sectors. Many of these strategies are specifically designed to mimic hedge funds and therefore, they are far cheaper for investors.

The growth of ETFs is set to continue and will prove a challenge to many hedge fund managers who will be under pressure to differentiate themselves from these low cost funds, as well as justify their own high fees.

It now looks likely that the golden era of widespread immense hedge fund profits finished with the global financial crisis.

A new set of pressures from investors, regulators and competitors has put the existing hedge fund revenue model under considerable stress.

Nonetheless, for many managers that perform, hedge funds will still be a very lucrative business.

The 2012 “Fiscal Cliff” agreement in the US left the favorable “carried interest” rules for hedge funds and private equity intact. The ongoing global hunt for yield will continue in a zero interest rate / QE-infused world.

The years ahead will see a worldwide surge in asset management investment as governments and companies back away from pensions and people need to save more for their retirement. All of this will be underpinned by continued economic expansion in global emerging markets.

The challenge for hedge funds will be to preserve their revenue model, while delivering value to their investors.