Stop the Presses: IOSCO Calls for Balancing and Monitoring 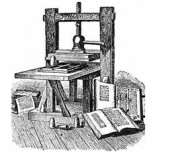 The International Organization of Securities Commissions has produced a consultation report on “Regulatory Issues Raised by Changes in Market Structure,” drafted by its Committee on Secondary Markets (C2), that says a number of rather predictable things. Regulators, it says, must balance the need to promote competition (which suggests there ought to be lots of trading methods and intermediaries) against the need to minimize the inefficiencies and opaqueness that can come with fragmentation.

The paper is in response to a G20 mandate. The G20, after their November 2010 meeting in Seoul, South Korea, asked IOSCO to develop recommendations “to promote markets’ integrity and efficiency to mitigate the risks posed to the financial system by the latest technological developments.”

IOSCO’s reply suggests inter alia that regulators ought to do a lot of “monitoring.” That isn’t a hold-the-presses moment either.

A little less predictably: the report goes into some detail on the diversity of regulatory systems as they bear on the question of market fragmentation. In some of the IOSCO jurisdictions, market share statistics that let one track the respective market shares of exchanges, non-exchange trading systems, and over-the-counter trading exist on a month-to-month basis. In others, the statistics aren’t available.

In many jurisdictions, there is no need to obtain formal authorization to run an OTC trading network. In the European Union for example one needs no specific authorization for a “broker crossing network.” In others (such as Malaysia) one does. The operator of a Registered Electronic Facility (REF) in that country must be registered by the Securities Commission and comply with the Guidelines on the Regulation of Markets. In the US, FINRA serves as a self-regulatory organization for the OTC market, and requires transaction reporting.

In many jurisdictions the status of such networks is subject to rapid and ongoing change. Australia for example has required crossing networks to register with the Australian Securities and Investments Commission only since May 2011.

The degree to which information pertinent to market structure changes is available depends in part on the consolidation of data, and this too varies from one country to another. The U.S. has consolidated pre-trade and post-trade data for equities and options. Canada likewise has a nationally consolidated tape and “the Singapore Exchange acts as the centralized repository for post-trade information for Singapore-listed securities,” the paper says.

Despite all the difficulties with cross-border comparisons, the draft does offer some “main findings, challenges and recommendations.”  It finds, for example, that the fractioning of information is itself one of the potential adverse consequences of the proliferation of trading spaces.

“Access by market participants to relevant data sources is important to improve their ability to efficiently compare prices” across the spaces available, “identify trading opportunities and to make appropriately informed trading decisions.” The manner in which a particular IOSCO member addresses this matter will depend on the “structure of the market in that jurisdiction,” but IOSCO does recommend that it be addressed, that is, that “proper arrangements” be put in place “to facilitate the consolidation and dissemination of information as close to real time as … technically possible and reasonable.”

Closely related to that is the question of execution: how well are orders handled in the context of fragmented markets? IOSCO recommends that regulators enhance the disclosure of order handling or routing policies or practices.

In an appendix, the paper offers a brief history of the evolution of trading spaces since 2001. It observes for example that in the EU the Markets in Financial Instruments Directive (MiFID) came into force in November 2007. This profoundly changed “the securities trading landscape in several European countries,” shifting liquidity from regulated markets to multilateral trading facilities and to the over-the-counter world “particularly in the U.K. and France.”

The numbers cited to establish this point actually suggest something different. The MTF numbers are holding steady, while the RM numbers drop and those of OTC trades rise. In France the percentage of equities traded OTC in CAC40 equities went from 51 percent in 2009 to 57 percent in 2011, as trading in RMs in the same period fell from 35 percent to 28 percent. The MTF share has remained at 13 to 14 percent.