Hedge Funds as Metaphor: And Not in a Good Way 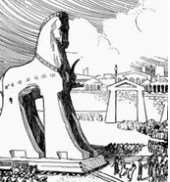 Hedge funds play a big but mostly a metaphorical role in David Stockman’s recent account of The Great Deformation. In this best seller, Stockman repeatedly describes investment banks as having “morphed” into hedge funds, but spends relatively little time on the real thing.

For example, early on he writes that by the time of the George W. Bush administration, the investment banks had turned themselves “into giant ultra-leveraged hedge funds which happened to have retained relatively small-beer side operations in regulated securities underwriting and M&A advisory services.” This is at best a half-truth, but metaphors don’t have to be more than that.

Yet despite the use of the term “hedge fund” as a metaphor for what he doesn’t like about IBs, Stockman has little to say about the real thing. Except of course for the best publicized of the fiascos among the real things, Long-Term Capital Management.  Stockman predictably and repeatedly expresses disdain for LTCM’s “giant speculative bets in currency, equity, bond, and derivatives markets around the globe” which had a “recklessness and scale” previously unknown.

Yet this exception to my earlier generalization ends up confirming it. Stockman is much more interested in figurative than in literal hedge funds. Even when he writes of LTCM, he is really writing about the IBs that served to enable it. “Through every available channel, including prime brokerage, repo desks, and over-the-counter swaps, Wall Street had raced to pump more debt into LTCM’s incomprehensible trades.”

Indeed they did. Stockman makes some sound points in this book. Regular readers of this blog will know my own views on the nature of our money. It is not really a “view,” it is simply a fact that the U.S. dollar is dropping out of its long-held position as the world’s numéraire, and that as it drops out, something else would drop in. That was, and remains, the case for gold as a portion of a portfolio.

The general public likely remembers Stockman rather vaguely as a Reagan-era figure – a brash young man who was taken “to a woodshed” for describing supply side economics as a Trojan horse. Since then, he’s been under the radar.

The horse and the shed: that’s a pairing of metaphors worth remembering chiefly because it points us to a key underlying contraction in the post-Reagan Republican electoral coalition. There are those who think government is a beast, and that the best way to tame the beast is to deprive it of its food, tax revenues. Thus, on this view, taxes ought to be slashed because they will produce a fall in revenue, which will produce deficits, which will eventually force austerity.

People with that starve-the-beast plan made an alliance of convenience in the late 1970s with people who believed that the beast isn’t after all so bad, and actually may need more revenue to become less beastly, so long as the new revenue can be achieved with lower tax rates.  That’s the point of the “Laffer curve” drafted on a napkin or anywhere else, after all. It tells us that at a certain point, a tax rate cut means increased revenue.

Common sense suggests that any particular tax cut might either increase revenue or decrease revenue, but it won’t do both. So the tax cut in question, whatever it is, can’t satisfy both the Lafferian more-revenue faction and the pro-austerity starve-the-beast folks. Anyone who wants to starve the beast must logically oppose any tax cut that he believes will get the beast more food.

As the big wooden horse approached the gates of Troy, there were two different sorts of people who hoped that the Trojans would let it through. There were Trojans who thought it a great good gift for their city, and Greeks who knew that it would lead to the destruction of the same city. Such a coalition exists, in other words, only when one side is serving as the sucker for the other.  Stockman was right in his analogy, he was only wrong in thinking (as he in fact seems to have thought) that he could somehow distance himself from that situation by talking about it indiscreetly.

But to return to 2013: the take-away for alpha seekers from Stockman’s new book is that the phrase “hedge fund” may well be on its way beyond descriptive significance. In the public realm, a “hedge fund” might now simply stand for highly leveraged speculation, whatever entities may engage in it.

The phrase is coming to stand, in short, for a failure to hedge. That’s bad news.