A Third Wave of Alt-Industry Growth is Upon Us 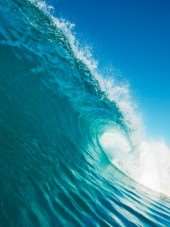 SEI has posted a new paper on “the retail alternative phenomenon.” The paper begins by identifying two recent waves of “particularly rapid growth” in global alternatives investing. In the first, assets under management by alternatives’ managers nearly doubled from 2005 to 2007, from $2.9 trillion to $5.7 trillion. Then there occurred what SEI rather delicately calls a “pause.”

But even as the dust was still settling from the events of 2008, the investors internalized the lesson: pursue non-correlation! And the growth of alternatives resumed. AUM reached a new record level of $6.5 trillion by the end of 2011.

Now, in 2013, we’re seeing a third wave, the migration of alternatives from institutional to retail markets.  These “retail alternatives” go by a variety of names: liquid alternatives, registered alternatives, ’40 Act alternatives, and Newcits. The term “’40 Act” refers to the Investment Company Act of 1940, the legislation that gave the mutual fund industry its legal context in the U.S.  “Newcits” is a play on UCITS, the European Union directives on Undertakings for Collective Investment in Transferable Securities.

Until recently, until this ‘third wave,’ most efforts to bridge the  divide between traditional and alternative products have come from the traditional side, with managers acquiring alternatives experience, as SEI explains, “either by acquiring or investing in an alternatives-focused firm, or by outsourcing the investment function to sub-advisors specializing in alternative strategies.”  For many reasons, including the cultural differences on the two sides of the divide, established  alternatives firms have not been the ones building the bridges.

But Behold the Third Wave

SEI, citing forecasts from McKinsey & Co. and Casey Quirk, suggests that by 2015, retail alternatives will account for $25 billion in revenues, and the majority of revenue growth in the retail-investing space. McKinsey’s forecast for the period up to 2015 is portrayed in the figure below.

Casey Quirk, similarly, is predicting that “AUM in those strategies will grow at a compound annual rate of 10.2% among mass affluent investors and 9.3% in the high-net-worth segment” while growing more modestly, at 7.7%, among institutions.

The retail market includes the demand for product coming from U.S. retirement plans.  Such plans at present have $19.5 trillion in assets, divided among defined contribution plans, defined benefits plans, and individual retirement accounts.  Mutual funds (according to the ICI estimate) manage more than $5.4 trillion of that.

Retirement plans are a logical place to look for private-fund managers who want a point of entry into the retail world. Marketing to plan managers requires “less in the way of individual educational efforts and lead time” than other sorts of retailization, SEI says, and it gives scope to economies of scale.

Defined benefits plans seem to be heading for the dustbin of history, due to high administrative costs and ballooning liabilities.  Notice how flat they are in the above table.  As DB winds down, the DC and IRA parts of the market grow. In the period 2002 to 2012, DC grew at an annualized rate of 7.4%. At the end of 2012, employer defined contributions plans held more than $5 trillion in assets.

Putnam launched several absolute-return strategies aimed specifically at the DC market in 2009. By the end of 2012 they had attracted $2.8 billion.

Private fund managers who want to compete for the retail investment market with their absolute-return and non-correlation toolkit shouldn’t think it is going to be easy. One of the sections of the SEI report is headed “understanding the hurdles,” and lists them thus:

A word more about the fourth of those points … SEI cautions that managers “entering the retail marketplace need to have a thorough understanding of the various fee structures associated with each distribution channel.”

Total fees of 1 to 1.5% of fund assets are common in mutual funds, and there is no performance fee (of 20% or any other amount) to tack on to that.

SEI’s balanced conclusion, notwithstanding the hurdles, is that if a fund manager is “willing to take a long-term strategic view, [desires] a new investor base with different revenue sources or [wants] to be evangelists for their investment processes, retail alternatives may be too important and promising a trend to ignore.”