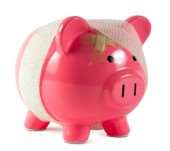 Detroit filed for bankruptcy court protection in July 2013. In December, challenges to its eligibility for such protection failed.

The case, since then, has moved along at a rapid pace, at least by the usually-glacial standards for large complicated re-organizations.

It has attracted, meanwhile, a large body of commentary and punditry, some of which I have reviewed in my personal blog. With AAA’s indulgence I’ll link interested readers there.

What piques my interest again just now is the new agreement between the City and the largest hold-out counter-party, an agreement that will have the municipality turning over the site of Joe Louis Arena to a bond insurer, the Financial Guarantee Insurance Co. Turning FGIC from foe to ally is a big step for Detroit, in the eventual goal of getting out from under bankruptcy court supervision.

In the period of the long-ago housing derivatives boom (2005-06), and in the hope of assisting the city with its pension liabilities, Detroit Mayor Kwame Kilpatrick signed Certificate of Participation instruments (COPs), raising $1.5 billion in the process.

Kilpatrick is long gone. Indeed, he now resides in a correctional institution. In January 2014, the City over which he once presided sued to repudiate its obligations under the COPS, arguing that he had no business entering into them in the first case because they were set up to evade state-imposed debt limits.

As part of the new (still apparently tentative) settlement, the city will dismiss its COP litigation. In effect it is repudiating its repudiation. Meanwhile the FGIC “shall dismiss or cause to be dismissed all counterclaims it filed” in that context. Also, the FGIC waives its claims against other parties related to the COP litigation, retaining only “claims it may have against the COPP Swap counterparties.”

Most of those COPs are now either held, or were wrapped by, one of two bond insurers, FGIC and Syncora. For some time, these two insurers were both hold-outs, objecting together to Detroit’s reorganization efforts. But in September of this year FGIC turned around and discovered that its friend Syncora no longer had its back.

In September the City filed a plan that incorporated a settlement with Syncora, allowing the latter to sell its COP claims to the Litigation Trust in exchange for new notes [called B notes] in the face amount of $97.69 million, while leaving non-settling COP claim holders in the wind, to receive their share of “new B notes to be distributed to the Disputed COP clams Reserve pending resolution of the COP litigation.”

FGIC objected that “the Plan provides preferential treatment of Syncora … in violation of section 1123(a)(4) of the Bankruptcy Code.”

FGIC is only going to get 13 cents on the dollar on its own claims, compatible with Syncora’s deal, but well below the 46 cents per dollar that the pensioners are getting. Meanwhile, Detroit is tacking on inducements for its newest ally in both real estate and cash.

Those are the Trees

Let’s step back from the trees and see if the forest has a cognizable shape for us.

Back when Detroit first filed for bankruptcy court protection, there was some speculation that this would be part of a trend, that something akin to a parade of cities would now head to the bankruptcy courts of the country to lessen their pension loads. The bankruptcy court judge presiding over this case, the Hon. Steven Rhodes, E. District, Michigan, in an early ruling that seemed to set aside a pension protection in the Michigan state constitution, gave some encouragement to such speculation.

But there has been no parade of such muni filings of late. Perhaps things are not as bleak for U.S. municipalities as a class, and for their creditors, as they seemed a year and a half ago.

Another Big Picture: it is possible, even rational, for investors to continue to do deals with municipalities. There is no need to go running for the hills in fear when an advisor simply raises such a possibility.

Of course there are risks, as this 13-cents deal demonstrates. But the legal climate in these United States remains averse to the sort of bold-faced repudiation that Detroit attempted in its January litigation. That’s good news, for bond holders, for investors with a diversified portfolio who find that munis have a role to play there, and for the operating budgets of cities going forward, for reasons that are obvious in themselves by which can come to seem obscure, or that can willfully be obscured, in a crisis.