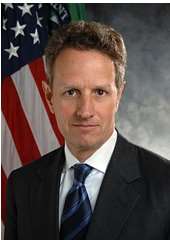 Yes, though, I know: governments never run out of excuses to keep secrets.

Further, in some situations no need arises to split the hair between “government” and “the central bank.” The Federal Reserve loves secrecy as much as does the Treasury, especially when the two work hand in hand.

That observation brings us to the AIG trial, properly known as Starr International v. the United States of America.

A primer on the case

For those who came in late: the former CEO of AIG, Maurice R. (“Hank”) Greenberg, the principal behind Starr International, has since 2011 been pressing a lawsuit in the Court of Federal Claims, demanding $25 billion on the theory that the federal government’s rescue/bailout of the giant insurance company in the fall of 2008 had the effect of wiping out the shareholders.

The government’s argument has been that the stockholders would have been wiped out anyway: so it’s a case of ‘no harm no foul.’

As to the substance of the case, I’ll just let the two sides battle this out without any interjections from me. Not just yet anyway.

But I will interject on a procedural point, where I think such notions as the openness of the U.S. as a society, the fundamental relation between governors and governed, is at stake.

On Tuesday, October 6th, the government entered into evidence in the trial three different versions of a compilation of apocalypse-averting emergency measures and legal theories in justification thereof. The compilation, in all its variants, is known as the Federal Reserve’s Doomsday Book – surely calling it that was some English Lit major’s idea of wit.

In testimony that day, Timothy Geithner, who was the head of the New York Fed during the crisis and has since served four years as Treasury Secretary, said that he had consulted the Doomsday book (now also known more prosaically as Exhibit 7) “as things were eroding around us” but that it wouldn’t be fair to say that his consultations were “extensive.”

But the document itself, unlike most evidence entered into court in most trials, is not available to the public. Indeed, so hush-hush are its contents that Geithner, his personal lawyer, a lawyer for the government, and the lawyer for Starr International, David Boies, discussed extensively in court that day the question of how much Geithner could say about it during his own testimony without spilling un-spillable beans.

This all reminded me that hedge funds have their own recent experience with an (unsuccessful) attempt to keep secrets through the courts. Special-situations oriented funds long took the position that when they join one of the ad hoc groups (or “committees”) that form for the purpose of negotiating/arguing out the terms of a debtor company’s organization, they can keep to themselves information about the interest in the debtor that they own and the price at which they acquired that interest. Of course, that is the sort of information that alpha hunters will always want to keep close to their chest, given any choice.

That position came under siege beginning in February 2007, when Judge Gropper of the Manhattan bankruptcy court held that the members of such a committee in the Northwest Airlines reorganization did have to disclose their trading data.

The hedge funds involved immediately moved that they be allowed to submit the data under seal. They wouldn’t try to hide it from the court of course, but they wanted the court’s assistance in trying to hide the data from the rest of the world. This didn’t fly either – Gropper denied the motion to seal before the spring equinox that year.

After four years of controversy and procedural tugs of war, a new version of the relevant bankruptcy rule (2019) came into effect in 2011 codifying the increased level of disclosure that Gropper had demanded. The implementation of the revised rule effectively coincided, then, with the filing of Starr International’s lawsuit.

I bring this up because I don’t believe that Geithner and his former colleagues are entitled to any more confidentiality that are hedge fund managers within an ad hoc committee or group in a bankruptcy proceeding. If they are holding on to information pertinent to the Starr lawsuit, which also would seem to be information of interest to the public … out with it. The sooner the better.