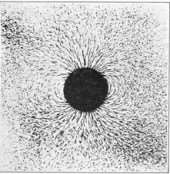 In Part One I discussed the December 10 decision of a panel of the Second Circuit, saying that it limited the “iron filings” effect of tipping in insider trading prosecutions.

Before I proceed further, I want to say: I am not engaged in the practice of law, and you are not to take anything that follows as legal advice. Please. That understood:

The circuit court in the matter of Todd Newman and Anthony Chiasson took a limited view of the extendable character of a defendant’s status as an insider under existing law: that is, the all-too-familiar way in which one tipper magnetizes the next tippee, who can then magnetize whomever he speaks to about the matter, and so forth. The court said that the “and so forth” in such a statement is not as unlimited as the U.S. Attorney’s Office in the Southern District of New York would like.

The very day after this decision, the Second Circuit lifted a stay on Michael Steinberg’s appeal. SAC portfolio manager Steinberg’s case had been stayed because it turned on the same questions at issue for Newman and Chiasson, both in terms of the nature of criminal liability and in the less-sweeping context of a challenge to the wording of a jury instruction. Now, with those issues disposed of in the latter contexts, the stay is lifted in the former.

Indeed, as the Second Circuit’s panel said in a footnote of its Newman decision, the government “chose to charge Matthew [sic] Steinberg in the same criminal case as Newman and Chiasson by filing a superseding indictment...after the conclusion of the Newman trial, after Judge Sullivan refused to give the defendants’ requested charge on scienter now at issue on this appeal, and at a time when there was no possibility of a joint trial with the Newman defendants.” So the case involves not only the same legal issues, but largely the same facts, along with the extra element of some prosecutorial forum-shopping.

The prosecutor in the Southern District, Preet Bharara, has compiled an impressive winning streak in insider trading cases (whether that winning streak impresses you in a positive or negative sense is not at issue now). That is now broken, and from the way the Newman decision reads, broken badly. It does appear likely that this decision, if it holds up, will have some constraining effect on future prosecutions by that office. The government can ask the appellate court to hear the case en banc, or it can ask the U.S. Supreme Court for cert., but both possibilities seem long shots.

Bharara’s office, in particular, immediately complained that its ability to prosecute people has been limited by the narrowness of what the panel deemed to constitute insider trading. Mary Jo White, Chair of the SEC, has said much the same. Houman Shadab, editor-in-chief of the Journal of Taxation and Regulation of Financial Institutions, told me that in his view the eager prosecutors of the Southern District “have gone too far and this case will likely render them more careful.”

Listening to the Cheerleaders

Most intriguing, journalistic cheerleaders for the prosecution of such cases have started calling for a new statute. Otherwise, they worry, insider trading is just a commonlaw ”morass”.

What lies behind that complaint is the fact that Congress never said that insiders can’t trade. The whole body of law on what is or isn’t “insider trading” is a body of judicial and to some degree of administrative precedent building on some very vaguely worded sections in securities fraud statutes, notably section 10(b) of the 1934 Act, with its catch-all reference to the use of an “manipulative or deceptive device or contrivance in contravention of such rules and regulations as the [SEC] may prescribe” and the rules the SEC did prescribe acting on that mandate. Some of those are just as vague as the statutory language.

The vagueness of these underlying mandates has over decades given the federal judiciary a lot of room to define securities fraud law as it sees fit, and the precedential rules as to who counts as an “insider” are part of the result. Prosecutors and their cheerleaders are happy enough with these mandates when they’re winning. But they start calling for a more specific federal statute against insider trading when they start losing.

I think that they (the cheerleaders) do sense that their team is losing now, that the scope of the federal government’s ability to put people in prison, or even to impose ruinous civil penalties, for knowing too much too soon, is narrowing and will continue to narrow for some time. And in this I suspect that they are right.