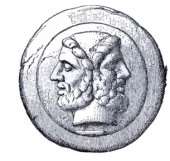 As another January approaches, the attention of asset managers and alpha seekers turns naturally to the question of the proper interpretation of the U.S. Supreme Court’s 2011 decision, Janus Capital Group v. First Derivative Traders, 131 S. Ct. 2296. [Okay, that’s not all that natural. But it’s a sensible calendrical hook.]

Three years later, the Securities and Exchange Commission has issued an opinion in the matter of John P. Flannery and James D. Hopkins, and thus on the range of applicability of the basic anti-fraud rule to the actions of individuals working for an investment adviser.

In this case, the two named gentlemen were, respectively, a chief investment officer and a senior product engineer, and the case against them turned on their descriptions of the risk profile of an unregistered fixed-income fund, descriptions that eventually reached fund investors.

This opinion, issued December 15th, is important, because it amounts to a narrow view of the U.S. Supreme Court’s decision in its Janus Capital Group decision. The doctrinal situation is reminiscent of what algebra (and English) teachers used to tell us all about double negatives. The Janus opinion narrowed the range of liability of such employees under 10b-5. The new Flannery decision, as an administrative matter at least, narrows that narrowing, treating it as pertinent to 10b-5(b) only, not to 10b-5(a) or 10b-5(c).

What happens when one narrows a narrowing of liability? Algebraically, one broadens.

The high court, in Janus, limited liability for allegedly false statements because it found that culpability extends only to those with “ultimate authority” over the statements at issue. Only they can be said to have “made” the statement. An investment adviser who drafted false statements later incorporated into a mutual fund’s prospectus skated clear, if you will, because liability under Rule 10b-5(b) specifically extends to respondents to “make any untrue statement of a material fact” etc. and the Supreme Court construed that verb “make” to require ultimate authority. Merely “drafting” a statement is not “making” it.

The two respondents in Flannery relied upon Janus in arguing that they were not liable for certain contested statements about the dependence of a certain fund on subprime mortgage-backed securities in the period 2006-07, and they won on that basis before the Administrative Law Judge. But the Division of Enforcement pursued the matter before the full Commission, which granted review and has now overruled the ALJ, assessing a civil penalty against each respondent and ordering each suspended for one year from any association with any investment company or adviser.

The simplest way of stating the argument is that the other two subsections of 10b-5, subsections(a) and (c), don’t use the verb ”to make.”

John Baker, of Stradley Ronon Stevens & Young, LLP, calls this, “one of the most important Commission opinions in many years” in doctrinal terms. He also observes that the respondents now have the right to appeal to the Court of Appeals for the D.S. Circuit, or to another court of appeals (that of their residence or principal place of business) so that in time we may have further judicial clarification of how much liability narrowing Janus actually accomplished.

For the record, the Division of Enforcement does seem to have over-reached on some points, trying to frame certain rather boilerplate statements of optimism or broad comments about strategic goals as if they were material misstatements of fact. The SEC sided with the respondents on some of these questions.

Example: in early July 2007, Hopkins (according to the SEC’s description of the case) drafted and Flannery reviewed/edited a memorandum “to client-facing personnel about SSgA’s active fixed income portfolios, which was subsequently converted into a letter to investors.” Based on the date of its conversion into a letter, this is known through most of the opinion as the “July 26th letter.” This letter, one of the documents at issue in the disciplinary action against both men, acknowledged falling prices across the three ABX indexes of pools of subprime mortgage debt, and that this fall had contributed to poor performance by SSgA’s fixed income portfolios. But it gave a positive spin to this bad news thus: “We have been seeking to reduce risk in those portfolios where we believe it is appropriate by taking advantage of liquidity in the market where it exists, while seeking to avoid putting undue pressure on asset valuations.”

The SEC rejected the notion that this letter was itself a communication for which Hopkins and Flannery were liable. The statements represent general observations “about SSgA’s overall strategy for all of its funds, not a statement about actions taken” with regard to any particular fund. Thus, they were not held liable under any subsection of 10-5 with regard to the above quoted language.