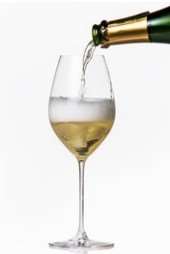 We have made it a habit to present at this time of year a short list of the big news stories of the 12 months just past, insofar as they affected alternative asset managers and their investors.

This year we have had an embarrassment of riches: the European Central Bank announced nominal negative interest rates in order to ward off its mavens’ fears of deflation; Delaware’s Chancery Court delivered some important precedents; the City of Detroit attracted brave investors willing to bet on a turnaround; both oil prices and the Russian ruble took historic tumbles.

None of those stories made the final cut, though. We offer instead, in no particular order, a list of stories that moved us, taking us along with them from California to India by way of Argentina and some hyperfast travels in cyberspace.

The California Public Employees’ Retirement System, managing as it does the biggest public pension fund in the U.S., announced in September that it will exit from its 24 hedge funds and six funds of funds, a combined position of approximately $4 billion.

Pressed on details, Joe DeAnda, of the CalPERS Office of Public Affairs, said that there was no timeline, that the management had not decided where these billions would be re-allocated, and that “We are in no rush.”

As Donald Steinbrugge of Agecroft Partners observed, this is part of a broad shift in CalPERS’ investment philosophy, away from industry leadership and toward an ”attention, Kmart shoppers” style. He believes that CalPERS will prove to be an outlier, that pension fund managements in general “will continue their long term trend of increasing their allocation to hedge funds in order to enhance returns and reduce downside volatility of their portfolio.”

The issue of the fall-out from Argentina’s 2002 default on its sovereign bonds, and the split between renegotiating bondholders on the one hand and hold-outs on the other: this was no new discovery in 2014. It has shown up on our top five lists before, as here, and here too. We can’t help that, of course – the years-long dispute over the all-too-common pari passu language is worth the attention we’ve repeatedly given it.

But this year’s news was that on June 16th, the U.S. Supreme Court delivered as complete a victory as it could manage to the hedge fund hold-outs, leaving in place a district court injunction against any payments that in any way rank hold-outs below holders of the restructured debt, and refusing to immunize a foreign sovereign as debtor from postjudgement discovery of data about its extraterritorial assets.

The court was not split along its usual ideological lines. The 7-Justice majority included both Reagan appointee Antonin Scalia and Obama appointee Elena Kagan.

So: where do matters stand a half year later? There exist many continuing controversies as NML’s enforcement efforts plod along. For example, NML seeks a declaration that Banco Central is an alter ego of the Republic of Argentina itself, thus that Banco Central’s assets are subject to seizure to satisfy Argentina’ debts. We could yet have Argentine-default issues on our top five list a year from now, too.

The Scottish National Party seemed to have London on the ropes briefly in the run-up to September’s vote on independence.

The government threw everything they could into the effort, even bringing Queen Elizabeth II into the fray.

One of the questions at the heart of the debate was: what about that North Sea oil? Would it be sufficient to sustain the economy of a newly independent country? Would reliance upon that oil be a dangerous choice? The leader of the SNP, Alex Salmond, suggested the country would establish an oil fund, and said that this would be treated as a “marvelous bonus” rather than as the basis of the economy.

The Scots voted “no” to independence on September 18, 2014. In retrospect, it looks like a wise decision. Certainly a look at where the price of oil has been heading since mid-September, as above, leaves one with the impression that the “marvelous bonus” would not have been so marvelous.

It is reasonable to assume that the price of oil has bull runs ahead of it. But the timing of this sharp bearish turn – and the dangers it poses for economies such as Russia’s, which have depended very largely upon this one commodity – makes the “no” vote in Scotland seem an instance of an electorate’s wise caution.

High-frequency trading and other new technologies have been part of an ongoing debate in the asset management world for some time. The debate is about the changing infrastructure of trades, whether that infrastructure lends itself to market-rigging, whether regulation (and law enforcement) has kept up with the realities, and whether indeed regulation has been part of the problem, as for example in the move to decimalization in the 1990s.

What is new in 2014 is that debates on such matters went mainstream in a big way, with Michael Lewis’ book, Flash Boys: A Wall Street Revolt, and the hype that surrounded its release.

We at AllAboutAlpha had somewhat varying reactions in the course of this year to Lewis’ book and the hype. Click here, and here, and here for a sense of that. But we do all agree that there are real structural difficulties that someone has to address, and that Lewis has performed a service by bringing this sometimes arcane-seeming issue into the public ken.

India, one of the BRICS, and the second most populous nation on earth, offered a fascinating political/financial story this year. The Bharatiya Janata (or “Indian People’s”) Party won enough seats in Parliament to allow it to govern without a coalition partner (51.9%) – this is the first time in thirty years that any party has done that.

According to Eurekahedge, hedge funds with an India investment mandate were up more than 30% YTD as of September.

The question for such funds, heading into the New Year 2015, is whether they’ve already taken their gains and should reduce exposure, or whether this could be the start of something even bigger.

Information, like money or time, can only be spent once. The information that justified yesterday’s price move is irrelevant to tomorrows. So the question of where India goes from here is a question of what the inquirer/trader believes the new government is going to do with its victory.