Financing For Knights in Shining, or in Sooty, Armor 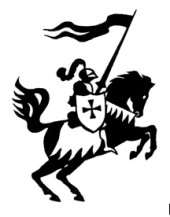 What will the market for acquisition financing look like in another five years?

I submit (as a best guess) that this market, especially though not uniquely in the U.S., continues to split in two. The traditional powerhouse banks continue to finance their share of acquisitions, but political and regulatory pressures from Washington, Brussels, and Basel press them toward a great deal of selectivity here. The banks will only want the safest business available.

There exist lots of non-bank financiers – Guggenheim Partners comes to mind – and they’re in a position to step up and take those deals.

But the divergence of bank-type-business from non-bank business in this space is a continuing trend, and the logical culmination will be a situation in which auctions or other corporate-control contests will typically straddle the divide. We’ll see the establishment banks line up with their establishment corporate-management buddies (and with the white knights thereof) on the one side, and we’ll see the funkier alternative crowd lending to the greenmailers, the activists, and the discontents: those knights in their proudly sooty armor.

What brings this to the fore is a new memorandum from the law firm Wachtell Lipton on 2014, one that ends with Wachtell’s own brief look forward.

Such financing has been “robust” in recent months, Wachtell tells: acquisition loan issuance for 2014 globally was $749 billion, or 40% over 2013. The $36 billion commitment that backed Actavis in the acquisition of Allergan, a deal that involved JP Morgan Chase, Mizuho Banks, and Wells Fargo, was a “final flourish” to the year. (Our readers will recall that this deal came about because Valeant and Pershing Square put Allergan in play early in the year.)

But as aforesaid, many of the financing commitments in this environment come from non-bank sources. An example, prominent in the Wachtell memo, involves Vista Equity’s acquisition of TransFirst. As TransFirst was about to go IPO, its owner, Welsh Carson, cast about for alternatives (the IPO route can be a minefield) and it decided to pass its PE baton to Vista Equity instead.

The problem was that banks didn’t want to touch it with the proverbial several-feet-long pole. The necessary leverage and the inevitable regulatory scrutiny were red flags to them.

So the non-bank entities stepped up: Jefferies, Apollo, Vista’s own credit fund, and the aforementioned Guggenheim.

They were by this point well acquainted. Guggenheim had been involved in Vista Equity’s spring 2013 acquisition of cyber-security firm Websense. .

Wachtell prophecies that the rise of such non-bank financing will involve ”all stages of the financing market from commitment through syndication.” Further, it suggests that the newly sour attitude of “large balance-sheet banks,” especially those with U.S. depositors, goes beyond the withdrawal of support from acquisitions that appear at all non-routine. The sourness extends to revolving loan facilities as well.

In the high yield market, the usual pattern has been that negotiations allocate term loan and bond underwriting fees in accord with the participating banks’ willingness to accept revolver commitments. Further, the “lead left” bank in a syndicate accepts the role of issuing letters of credit and providing swingline borrowings under the revolver.   BUT … over the course of 2014 lead banks have been negotiating with a different end in view, spreading those traditional lead obligations around. This has become, Wachtell says, “an inconvenience for corporate treasury departments accustomed to dealing with a single institution on these fronts.”

Wachtell takes note in passing of certain other developments of 2014 that may impact the market for acquisition financing. For example, the FDIC adopted final “skin in the game” rules, more formally known as “credit risk retention.”

The rule, adopted in October, requires that a collateralize loan obligation manager retain not less than 5 percent of the credit risk of any asset that the manager, “through the issuance of an asset-backed security, transfers, sells, or conveys to a third party.”

Near its end the memo also touches on monetary policy. It notes that the U.S. Federal Reserve has created uncertainties as to its policies going forward, and that these uncertainties had an especial impact on the high yield market, which became more volatile, with opportunities appearing and disappearing more rapidly as the year drew to a close. The record rate of M&A financing may simply have come about in 2014 because market participants are concerned that the window of historically low interest rates for such deals is about to close, and they don’t want to be on the outside of the pane looking in when that happens.

Finally, the authors of the memo (Eric M. Rosoff and four colleagues) offer a qualified prediction for 2015: “The year ahead looks challenging, and more volatile than the year behind, but is likely to afford ample opportunity to deploy debt to finance acquisitions.”

That is safely worded. I’ll offer again my own less safe rewrite: the line-ups between the knights at the corporate-control jousts, and the financiers for their two teams, will become more predictable.