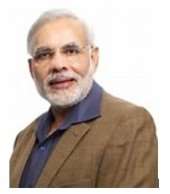 Eurekahedge has published a special report on Indian hedge funds. What it settled was that several interviewees who have studied the field closely and have a sound basis to judge what lies ahead for such funds have … very different things to say on the subject.

What is Clear is…

The numbers coming out of that space last year were impressive. The average Indian hedge fund was up 39.36%, outperforming the underlying markets by nearly 10%.

Breaking that down by strategy, managers of long/short equity India funds posted gains of 54.83%, “their best performance in the last three years,” the report says.

The table below is taken from the report, and puts those one-year numbers in broader chronological context. 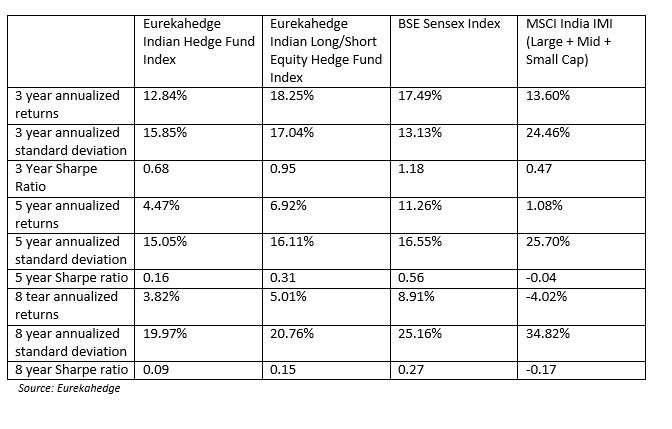 Eurekahedge observes that after the 2014 rise in asset values, the country “remains a much better value proposition for investors compared to some of its emerging market peers and a clear beneficiary of the lower oil prices.”

But the report tries to go beyond those observations. Are the best plays in cyclical or secular stocks? Is India subject to shocks from the U.S. Fed or is it relatively immune from them? How big a part in the picture does India’s own central bank play? On these points, there exists a range of views.

As to valuations after the boom year of 2014, the report quotes Sanjiv Shah, director of India Value Investments Limited (INVIL), to the effect that they remain “reasonable.” INVIL will continue what he calls its “bottom up stock picking approach to portfolio construction.”

Anuj Didwania, managing director of Redart Capital, said that Redart continues to be bullish on cyclical sectors, such as banks and automotive companies, for 2015.

Samir Arora, fund manager at Helios Capital Management, on the other hand, says that fund is looking at quality secular growth companies.

Harsh Agarwal and Kanishk Agarwal, both of AGacquisitions-I, are more broadly bullish on India in 2015 than either Arora or Didwania. They say it is “not hard to fathom that markets could trade in the vicinity of about 25% higher from current levels.”

On the bright side, Arora is confident that India can handle some of the risks that are most often cited. It won’t be floored by “an increase in U.S. interest rates, exit of Greece from EU, uncertainty related to steep decline in oil process, etc.,” though many “peer countries” will.

Speaking of U.S. interest rates … Sanjiv Shah, of INVIL, makes the point that India is not immune to trouble from that quarter. Shah says that if the Fed “raises interest more aggressively than is currently expected there is a risk that money will be pulled from Emerging Market stocks” and India will be among those on the hurtin’ side of the pull.

Rakshit Sethi is also cautious. He is a fund manager at India Asset Value Fund, and he contends that equity returns will be more “nuanced” in 2015 than they were in 2015. The nuance will separate “the men from the boys.”

The only commenters who see India’s own central bank as critical were the Agarwals from AGacquisitions-I.

What they lack in numbers on this point they make up for in enthusiasm. They say that India benefits from “a very interesting and so far impressive central bank led by Mr. Raghuram Rajan that has managed to steer the monetary policy effectively, at the same time listening to the concerns of business and investors at large.”

So … dear readers … those opinions should clear things up for you!