Java IP War: The Obama Administration Picks the Wrong Side 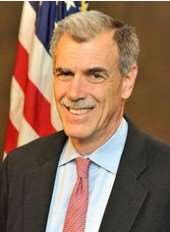 Only once in my life have I been the target of an accusation of plagiarism. That once: my accuser was an algorithm.

In those days I often wrote brief pieces on a range of subjects (in a question-and-answer format) for what was frankly a “link farm” site. One day I answered a question on a fairly technical mathematical subject: apparently, I was indirectly helping someone with his homework.

Soon after I submitted that answer, the site’s plagiarism-detecting algorithm immediately flagged it and I received a notice that I was suspended from further contributions to that site until the matter was resolved. This annoyed but didn’t worry me. After all, I recognized that there isn’t a lot of discretion in how one explains a mathematical point. If the issue is the definition of pi, then one has to say “the ratio of the circumference of a circle to its diameter.” One also has to use words like “irrational,” “non-repeating,” and “constant” in close proximity to one another.

There isn’t a lot of room for putting such matters into your own original words. As a consequence, an algorithm designed to flag possible plagiarism can often flag a ‘false positive’ when the subject matter is mathematical, simply because the discussion of such points will of necessity read a lot like the discussions of the same subject already present on the internet and available to the algorithm’s inspection. I confidently waited for the moment when a human being would see my submission, whereupon the innocent reason for the red flag would be obvious. My confidence in human superiority over machines proved well founded, and my suspension was soon lifted.

All this comes to mind because the U.S. Solicitor General, the fellow portrayed above, Donald Verrilli Jr., filed a brief in the Google/Oracle showdown now before SCOTUS. The brief was filed on May 28th.

One fact key to the Java Wars is the point mentioned above: if there aren’t very many different ways to describe X, and if X (an ”idea”) itself can’t be subject to copyright, then it seems ‘off’ to make the description (“expression”) of X nonetheless subject to copyright (or accusations of plagiarism either.)

This intuitive idea is known in legalese as the “merger doctrine.” So, the straightforward definition of pi is no more subject to copyright than is the idea of pi itself. The two “merge” into one un-copyrightable thing in the eyes of the law.

The actual question before SCOTUS at the moment in Google v. Oracle is not the merits of the dispute over Java API but whether SCOTUS should hear the case. Still, for the court to refuse to hear the case means that the circuit court ruling in Oracle’s favor stands. And that is precisely the result the Solicitor General, speaking for the U.S., urges on the Justices: that they refuse to hear the appeal and leave that decision in place.

If SCOTUS takes this advice and rejects the petition, then the underlying case will presumably proceed to a second trial. The first trial ended with a jury deadlock on critical issues. The Solicitor General indicates that Google will have various defenses available to it at that second trial, and the concerns it raises about the Oracle copyright are the sort it should raise in that context, not grounds for avoiding trial on this matter altogether. The SG’s position (and thus, one must say, the Obama administration’s position) is that the high court should refuse to hear this case so that the lower courts can get to work using what the brief calls the “flexible fair use doctrine” to do justice.

Sorry, but this really doesn’t fly. If the merger doctrine is to be taken seriously, then it should be possible in clear cases of its applicability to avoid repeated protracted trials and all the expense and time that entails. After all, the trials themselves are the punishment.

Certainly if the algorithm that red-flagged my innocent little mathematical discussion had been capable of subjecting me to years of expensive travail before the equivalent of the merger doctrine kicked into place, the result would have been as grave an injustice as the stakes involved would have allowed.