Hedge Funds in a Time of Weakening Recovery 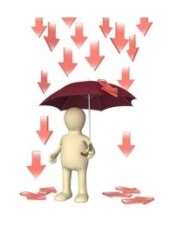 Eurekahedge reports that its hedge fund index fell into negative territory in September, though it did outperform the MSCI AC World Index All Core.

The thesis of their recent report on that month is that “macroeconomic themes are starting to shape investor sentiments globally.”

A Weakening Recovery: Some Links in a Chain

Specifically, markets continued to reel from troubles in the China equity market and disappointing purchasing managers’ index numbers from that country. Further, the U.S. Federal Reserve disappointed some by backing away from rate normalization in its September 17 press release. Eurekahedge sees this as vacillation that has “added to the risk-off sentiment in the market.”

In general, central banks have little wiggle room as they are coping with commodity markets, which have induced fears of deflation. The Bank of England, like its Washington counterpart, these days dithers (“deliberates” if you prefer) over when it should increase (or “normalize”) its interest rates given the ongoing rush of ambiguous economic data.

The world still seems to be in a period of economic recovery, but the recovery seems old and tired, especially in the two powerhouses, China and the United States.

The best performing regional mandate is Asia ex-Japan, up 0.67% in September. Within that broad fold, Greater China mandates lead the way, with 1.26% return that month. The worst performing regional mandate was Latin America, -1.55% for the month. The underlying markets, as represented by MSCI EM Latin America Index IMI, fell 3.27% during September. The only good news for fund managers with this region as a mandate is that they suffered a smaller loss this month than they had in August.

Latin America’s economies depend upon exports, and their export performance depends by definition on the demand from countries where … that demand is failing.

With the exception of Asia ex-Japan, all the regional mandates were negative in September.

Not the Month for Black Swans

The report also offers the numbers on volatility. The CBOE Eurekahedge Volatility Indexes cover four different vol strategies: long, short, relative value, and tail risk. September was not a good month, and 2015 has not been a good year, for black swans. The fourth of these indexes, that for tail risk vol, is specifically aimed at tracking the results of managers who seek capital gains from periods of extreme distress, on the theory that such extremes happen more often than they are ‘supposed’ to happen on the basis of bell-curve models.

In September, each of the other three vol indexes showed positive returns. Shorters gained 0.57%, long vol players gained 0.33%, and the relative value funds did quite well at 2.12%. But the tail-risk crowd ended up alone in the negatives at-3.42%

It is the same story for the year to date 2015 numbers. Here again, the relative value (opportunistic) funds score best at 4.93%. Long and short siders are also both in the positives. Tail risk is alone in the negatives, at -3.42%.

Eurekahedge observes that, although money flowed more out of than into hedge funds with North American assets in the second half of 2014, the managers performed well during that period. They continued to perform well at the start of this year, and redemption pressure lessened, the first quarter showed a net asset inflow of $8.6 billion.

In the second quarter and third quarters of ’15, funds lost money but the asset influx continued, driven by “the larger brand names in the industry.”

Taking a broader view, the report says that the reforms of the financial markets initiated in response to the 2008 financial crisis spurred a number of prop desk traders to try their own hand in the hedge fund space, but those bank emigres didn’t perform as well as they had hoped, pushing them over time to close the doors of those funds. Thus, the pace of fund closures quarter by quarter rose in the year beginning in the middle of 2013, and exceeded the number of new launches I the second quarter of 2014. For the first two months of the third quarter of 2015 (July and August) closures were somewhat less than launches, though the race was a tight one.