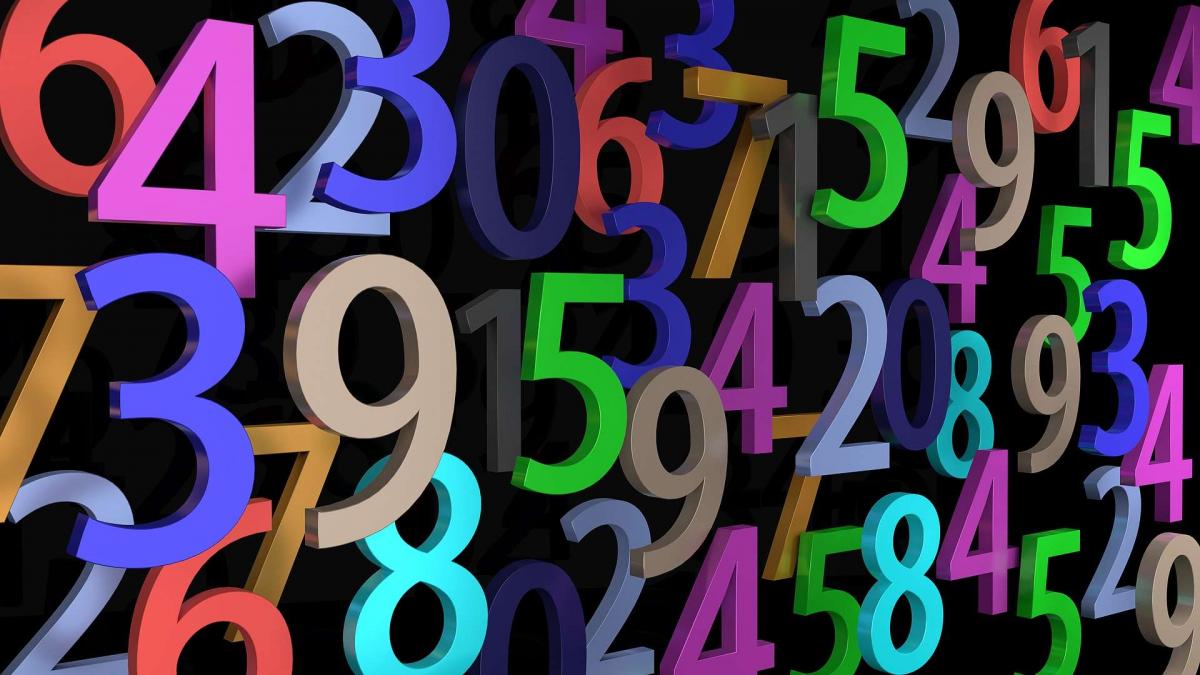 On August 29, we at AllAboutAlpha ran a summary of the latest Eurekahedge report, saying that total hedge fund industry assets around the globe were $2.33 trillion, and that this figure was up by $108.6 billion over the first seven months of 2017.

We heard soon thereafter from a reader who was curious about how Eurekahedge numbers compare to those of other data providers.

The fact is, Eurekahedge, the Singapore-based alternatives research firm, is significantly more conservative than certain other data providers. Notably, Preqin (also, as it happens, on August 29), said that though hedge fund inflows had slowed down a bit in the second quarter of 2017, the total global AUM figure was then $3.38 trillion. That’s 145% of Eurekahedge’s number.

Furthermore, Preqin says that this is an increase of 4.1% over the AUM at the beginning of the year, which implies an increase through the first half of the year of about $135 billion.

Preqin releases this data on a quarterly rather than a monthly basis, so it has nothing precisely analogous to Eurekahedge’s 7-month figure.  Still, its growth figure for a six month period beginning on New Years’ Day 2017 is more than $26 billion higher than Eurekahedge’s figure for the same period even with the gift of July.

Why the difference? Mohammad Hassan, who heads hedge fund analysis and indexation at Eurekahedge, indicates that Eurekahedge is being deliberately conservative in its numbers. Without mentioning Preqin or anyone else, Hassan says that there is a “fundamental moral hazard” for hedge fund data vendors, since “larger industry level AUM estimates will make the hedge fund databases look good and translate into more revenues because the higher estimates could be seen by outsiders as the promise of better data coverage.”   He sees Eurekahedge’s caution as resistance to this moral hazard.

On the level of method, Hassan made reference to two specific issues: double counting and definition. It is possible, he said, that some data vendors count some assets in the AUM of the underlying hedge funds and then count them again as the AUM of funds of funds.  Also, defining what counts as a hedge fund, jurisdiction by jurisdiction, can be tricky given the plethora of similar-but-different investment vehicles.

Eurekahedge understands the term “hedge fund” functionally rather than legalistically. In other words, as Hasan said, it does not include “long only strategies in our estimates of global hedge fund AUM owing to their distinct risk-return profile.”

A spokesman for Preqin, asked about the difference between Preqin’s figures and those of Eurekahedge, said that he didn’t know the latter’s methods well enough to account for it.

But the spokesman, William Clarke, did say that Preqin’s estimates do not incorporate double counting. Preqin does not count funds of funds, only hedge funds and commodity trading advisors.

On another point, Clarke said it is “certainly possible that varying definitions of what constitutes a hedge fund would result in different AUM estimates.”

BarclayHedge now reports a total AUM for hedge funds of $3,179.2 billion or (if one uses the term “trillion” in the sense prevalent in the United States) nearly $3.18 trillion, within a respectable range of Preqin’s number. Barclay Hedge specifically excludes funds of funds from its database. It does, though, include equity long-only funds.

The AUM of equity long-only funds as of the end of the first half of 2017, according to BarclayHedge, was $170.2 billion. Those are assets that, as we’ve seen, wouldn’t be included within Eurekahedge’s definition of a hedge fund, and that number represents a 25% increase on the AUM of that same long-only strategy since the start of the year. But the exclusion of long-only isn’t the sole explanation for Eurekahedge’s conservative figures; if only because the difference between BarclayHedge’s and Eurekahedge’s global AUM figure is roughly five times that.

If we add to the mix another industry data provider, the range of numbers (in US trillions) of assigned  global AUM looks like this: 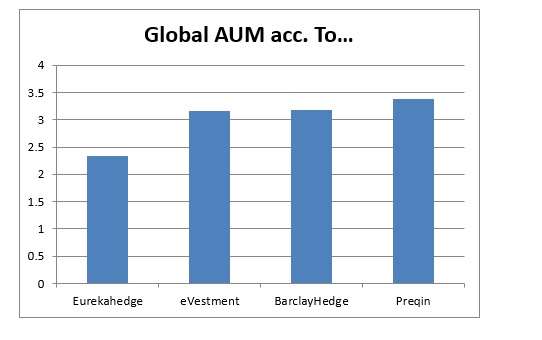 These are end-of-July numbers for eVestment and Eurekahedge; they are end-of-the-first- half numbers for BarclayHedge and Preqin, so one might quibble about comparability. Still, Eurekahedge’ greater caution in the count is what stands out.

That just brings us back to where we started, though. What is the specific methodological explanation? It probably isn’t a matter of double counting of funds of funds. It may well involve definitions of what counts as a “hedge fund,” although Eurekahedge’s exclusion of the equity long-only strategy can only be a smallish part of that difference.