THE RISE OF ZOMBIE STOCKS: The Dead versus the Living 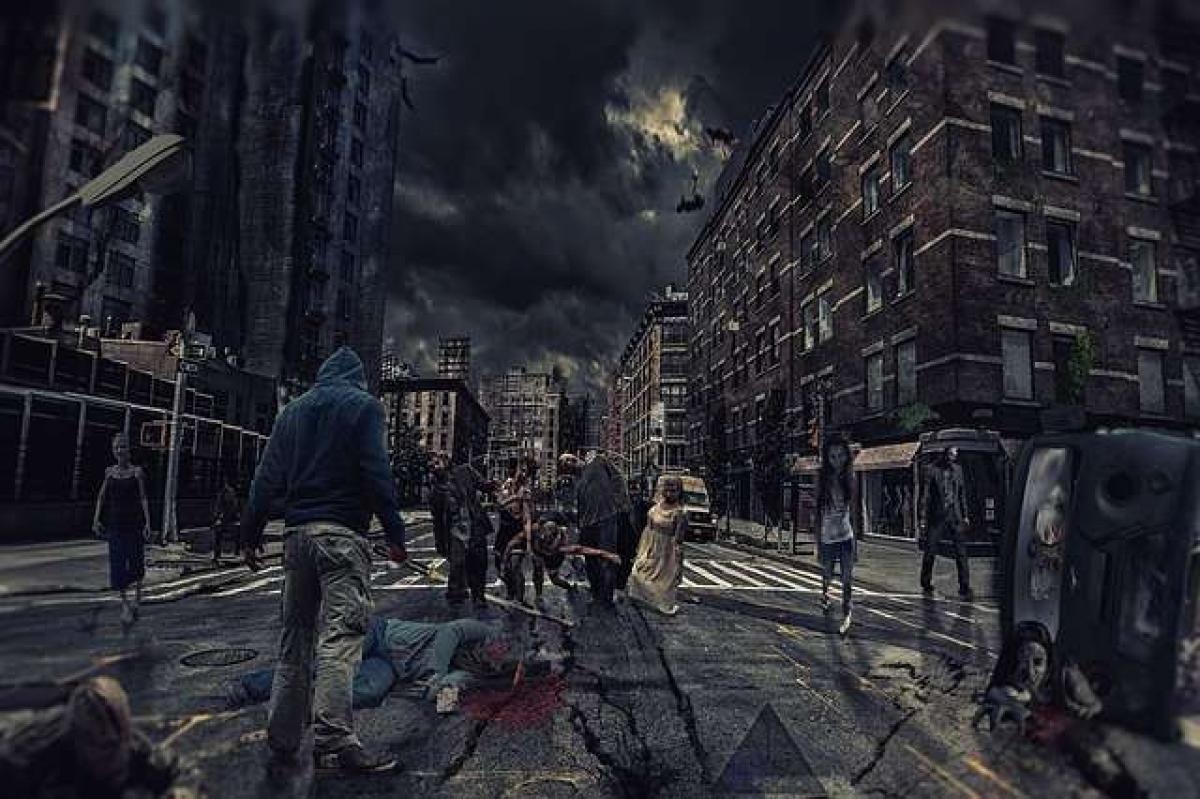 The Bank for International Settlements (BIS) recently published research on the rise of zombie companies, which are firms where operating profits are below interest rate payments. The research highlights that the number of these companies is proportionally increasing and that these are less productive than other firms. They also crowd out investment in and reduce employment at healthier companies. Like zombies in literature and the movies, these firms seem to have a negative impact on society. In this short research, we will analyze the performance and characteristics of zombie companies in the US stock market.

We define zombie companies by having EBITDA-to-interest ratios below one measured over a three-year period. All stocks in the US with a market capitalization above $500 million are considered. The performance of the zombie stock index is calculated via equal-weight allocations to all zombie stocks with monthly rebalancing and 10 basis points of transaction costs.

THE RISE OF ZOMBIE STOCKS

The number of zombie companies in the US stock market has been proportionally increasing since 1990. The current level of 8% was previously only reached in 2004. The rise and fall of zombie companies can perhaps be explained by the interest rate cycle. When interest rates are decreasing, then highly levered companies have more room to survive and are increasing in numbers, which we observe between 2000 and 2005. When the US Fed started raising interest rates thereafter, financial conditions tightened, and companies were forced to restructure or declare bankruptcy, therefore decreasing the number of zombie firms.

ZOMBIE STOCKS VERSUS THE S&P 500

Investors might assume that zombie stocks underperform the market dramatically, but they do surprisingly well. The performance since 1990 of an equal-weighted index of zombie stocks almost matches the performance of the S&P 500, albeit with higher volatility and larger drawdowns. Zombie stocks, like human zombies, are still remarkably close to the living.

ANALYSING THE UNDEAD Next, we analyze some key metrics to get a better understanding of the nature of the zombie stocks. The average market capitalization of zombie companies is $1.9 billion, compared to $2.4 billion for all stocks in the US with a market capitalization above $500 million.

The average EBITDA-to-interest ratio for zombie companies is negative while positive for all companies. Negative interest coverage ratios are mainly explained by companies having more costs than revenues, which results in negative EBITDA. Although this might be considered acceptable for startups, it indicates too much debt for mature companies.

Zombie stocks exhibit higher betas than the market, indicating that they are volatile stocks. Naturally this is to be expected as zombie companies are likely in a state of financial distress. Given the high betas, these stocks likely feature in the short portfolio of the Low Volatility factor.

Investors might expect that zombie stocks trade at low valuations given the unhealthy financial metrics. Interestingly zombie companies are trading on higher price-to-book multiples than the average stock and have been especially expensive since 2012. It is somewhat challenging to explain why investors are paying high multiples for volatile stocks in poor financial health.

Finally, we analyze zombie companies by sectors. We observe that before 2000 the financial sector, which excludes banks and insurance companies as interest coverage ratios are meaningless for these, contributed most zombie stocks. After 2000 the health care and technology sectors were most plagued by firms in poor financial health. Major pharmaceutical companies tend to exhibit normal interest coverage ratios, but there are many biotechnology companies with little to no revenues. Similarly, there are many technology companies that are more focused on growth than profitability. The increase in valuation multiples of zombie stocks after 2012 can likely be explained by a larger proportion of stocks from these two sectors, which feature high multiples in general. 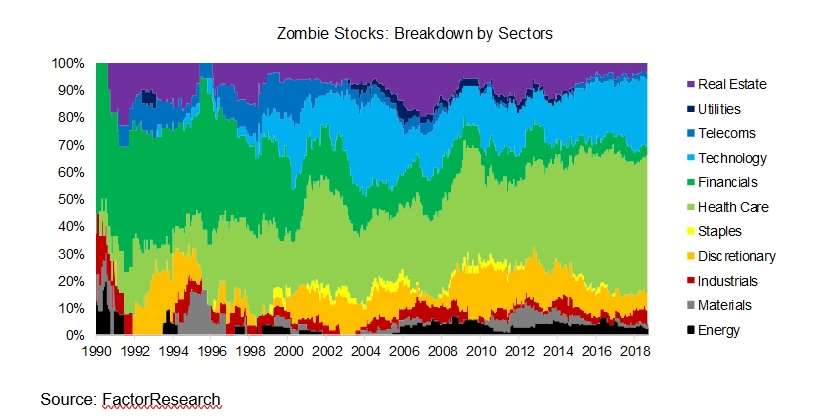 This short research note highlights that the number of zombie stocks in the US has been increasing steadily and is close to an all-time high. Given that interest rates in the US are rising, this will require these companies to restructure their balance sheets or face bankruptcy. Although cleansing the corporate world of zombies is a natural and healthy process, it will result in companies laying off employees.

However, the alternative that the US central bank keeps interest rates artificially low to allow these companies to survive, is not advisable. The last three decades in Japan highlight that letting zombie companies roam freely is likely detrimental for economic growth and society, much like in literature and in the movies.