And This Little Piggy Wants to TARP It 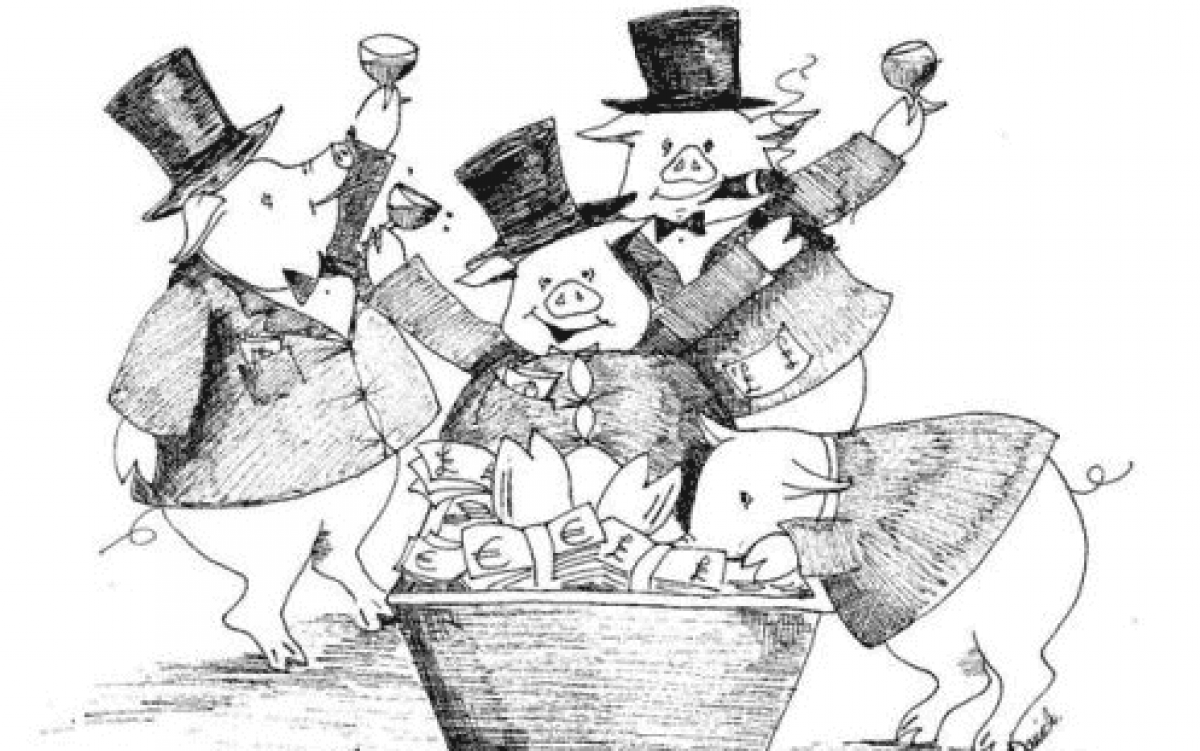 Pity the poor maligned pig. From the early origins of the Mother Goose nursery rhyme dating back almost 300 years, to the modern and profane descriptor for any boorish lout, the pig is there. Commonly used synonyms, like swine, provide little solace and the barnyard habits of the poor porker are not exactly paving any roads to redemption. To burnish the brand of the porcine and to not unfairly malign others, this post will attempt to shift to the adjective-adaptation (piggish) and put it in front of the word behavior as we turn to the boaring (pun intended) world of International Accounting Standard (“IAS”) 19.

A defined benefit pension plan is a basic promise between the sponsor and the employee. Once specified service and age requirements are met, said employer promises to pay employee a fixed (or defined) annuity for life. From there it gets very complicated and a small army of actuaries are typically tasked to figure out a myriad of assumptions such as future compensation levels, inflation trends, plan demographics, and mortality rates. This all goes into the hopper and that future liability is then quantified with a reasonable degree of accuracy. The last step is to determine how much needs to be set aside today, to be compounded at an assumed rate of return, ideally resulting in a fully-funded plan come payment date.

Despite all the work that goes into the sizing of the liability, the choice of the rate of return is not always subject to the same rigor, and that can have a major impact on the lender of last resort, which will likely be you, the taxpayer. The math is simple: the higher the expected long-term return rate, the less dollars that are needed to be set aside today. You can imagine the piggish behavioral tendencies for the plan fiscal agents if this return rate was bound only by imagination which is no longer the case, at least in parts of the pension world, and this is exactly what IAS 19 looked to accomplish. This accounting standard is mandated for all public companies where they must use high quality corporate bond yields to size and fund pension liabilities, resulting in a current average assumed return rate of 3.5% in the US, 1.8% in the Netherlands, and a barely visible .7% in Switzerland, as commitments and funding levels are now better aligned.

Curiously, there are no such rate setting standards in either the public pension plan space or for the multi-employer plans, the latter of which have been in the news quite a bit in the recent days as they look for the wizards in Washington to dig them out of what is estimated to be at least a $65 billion hole. They got there for a variety of reasons (all foreseeable and foretold), not the least of which was the allowed use of an “assumed rate of return,” of 7.3 % (on average per Milliman, the pension consultancy), or more than twice the rate used by the corporate pension plans under IAS 19. This has allowed for unrealistically low contributions against a mounting pile of promises made, which are now coming due as the demographic tidal wave begins to crest.

Piggish or not, the taxpayer is likely to get TARPed with a barnyard mess at their local market in the weeks ahead. Rest assured there is an entire pen full of these situations in the back 40 of our pension plantation and they too will be watching.

Bill Kelly is the CEO of CAIA Association and a frequent contributor to AllAboutAlpha. Follow Bill on LinkedIn and Twitter.