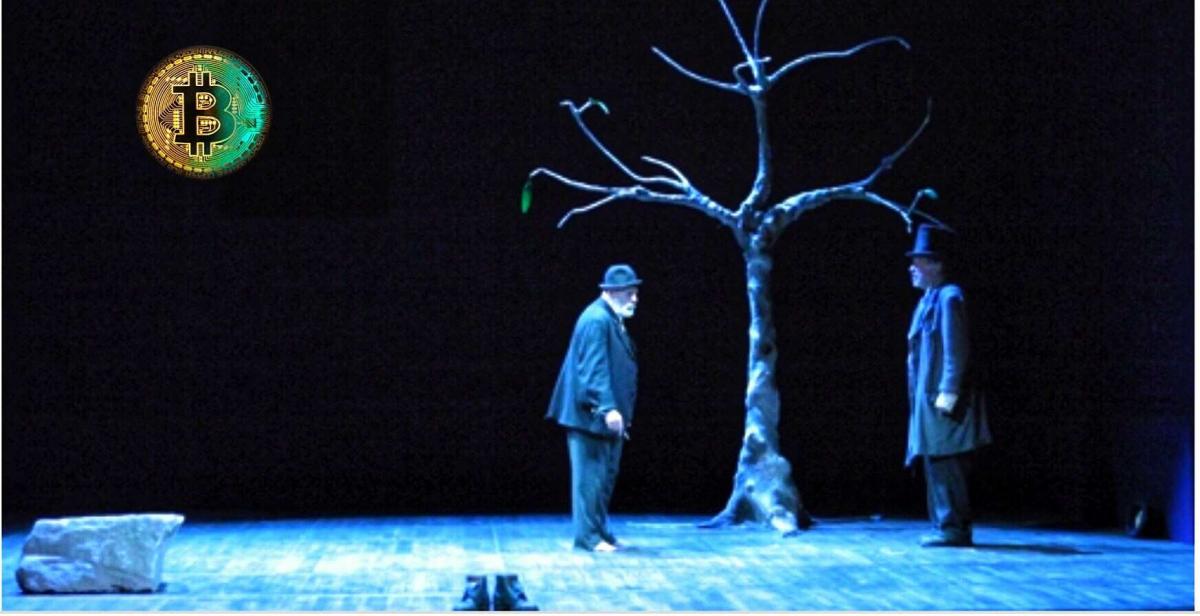 By Bill Kelly, CEO, CAIA Association Waiting for Godot is a tragic comedy play by Samuel Beckett which first premiered on stage in Paris in 1953. There is only one scene and two primary characters who seem to know that they must wait for someone named Godot. They don’t know who he is or where he will come from. They only seem to know that they must wait for Godot by a tree, the one and only setting throughout the play. It only runs for two acts but has generated endless religious and societal interpretations as to the intent of the message and the identity of this Godot, who never shows up. Is it possible that Beckett had the foresight to be channeling the retirement crisis, that these two old characters are pensioners, and that G-O-D-O-T was code for Government plans Optimistically Discounting Outcomes and Total liabilities? If you accept this interpretation, then maybe you can start to see the full crypto moon which subliminally foreshadows the lengths to which one may need to go to close this gap. Farfetched? Perhaps not, if you look at where we are today. A previous post here addressed the watershed event when the Yale Endowment tiptoed into cryptos last year. That same subject is back in the news again this month as some public pension plans have also gotten the crypto bug. This post will not be an indictment or an endorsement of cryptos, or any other asset class for that matter, but when news like this is made maybe it is time to look at some facts and the underlying impact of GODOT. One such plan is currently about 70% funded using a 7.25% discount rate to measure their total pension liabilities compared to their self-reported returns compounding over the last ten years at a rate that falls in a range of 40 to 140 basis points (there are three separate plans) below this expectation. What are a few basis points amongst friends? A self-reported decrease of the discount rate by just 100 basis points drives the funded ratio down to an even skinnier 63% as a result of the liabilities being marked up by almost another $700 million. Not only does someone need a hug, they also need a boatload of absolute return…enter stage left, the crypto moon arising. Those two pensioners are now staring at a mostly denuded tree, perhaps emblematic of what they might see in their retirement envelope. Could the advent of cryptos along with the blockchain technology as an asset class be the answer? Anything is possible but it should be noted that the current position taken in this particular plan was less than 1% of the overall asset allocation – a position which will not move the anemic funding needle one way or the other. A prepared statement to the pensioners of this plan indicated that “expected returns from this investment were in line with the level of risk incurred”; interestingly the same could be said about buying a lottery ticket but, then again, maybe that was exactly the point. The wait for Godot is over and this final act will prove to be more tragic than comedic, as we look at retirement schemes that have become Too Big and Too Frail.   Bill Kelly is the CEO of CAIA Association and a frequent contributor to Portfolio for the Future. Follow Bill on LinkedIn and Twitter.