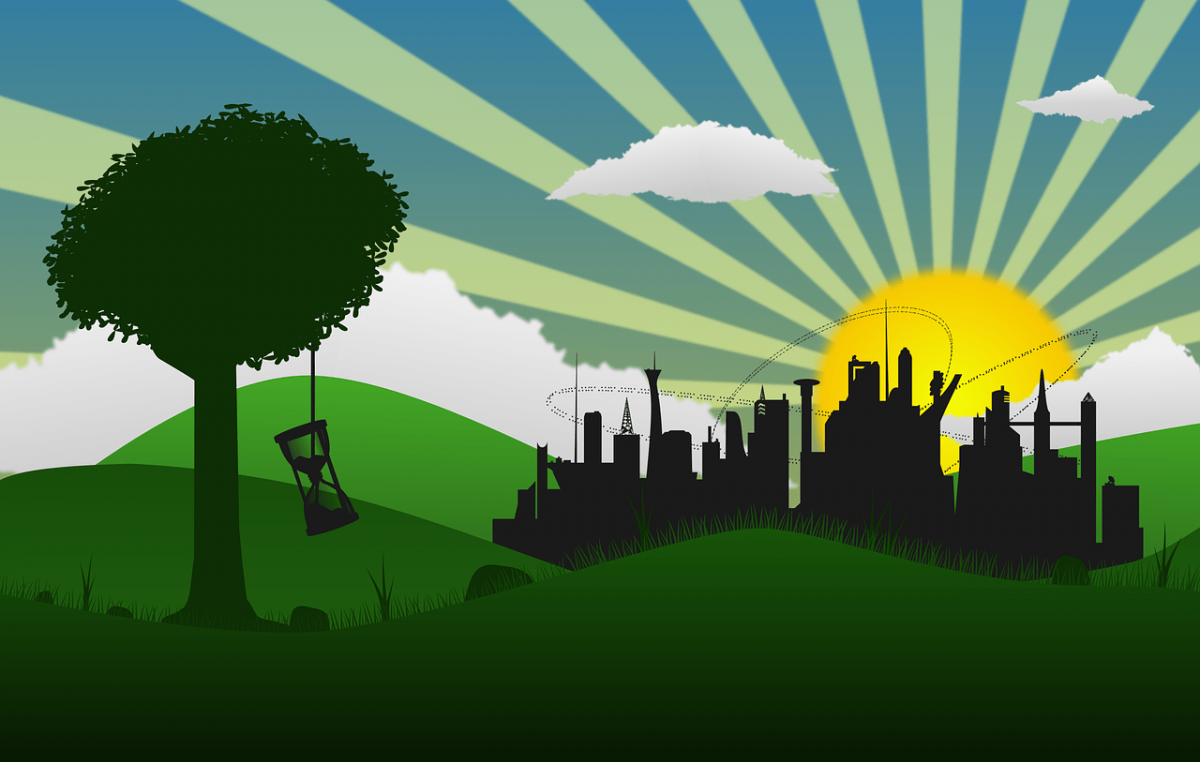 Part 1 of a multi-part series: The Role of the EU, National Governments & Local Authorities By Christos Angelis, CAIA - Director at Masterdam INTRODUCTION In light of the exciting developments in the European Union regarding the European Green Deal (EGD)[1] presented in the end of 2019, it would be useful for both real estate investors and developers to have a practical overview of EU’s environmental policies and their expected impact on European real estate. In order to make the analysis more applied, we will deliver a series of articles from the standpoint of different stakeholders:

This article is focused on the role of the government at EU, national and local level. We will start with a commentary on the rise of Green political powers in Europe followed by a summary of EU’s current environmental policies and the newly proposed EGD. Subsequently, we will focus on real estate in the context of EU’s current environmental policies and discuss what is new under the EGD. Finally, we will discuss the implementation of these policies focusing on the tools available to the EU and member states in order to facilitate this process. GREEN IS THE NEW RED The Dam Square in Amsterdam has historically been a hot spot in the Netherlands for peaceful demonstrations about current political and social issues. In recent years, the interest in environmental causes has increased exponentially, which is evident in the number of “green rallies” organized in the Dutch capital. Global warming, animal rights, protection of sea life, and other relevant environmental topics have attracted the attention of the public and mass media throughout Europe. These issues have particularly resonated with younger generations embarking on a crusade of environmental activism on social media and beyond. This major shift of priorities from relevant economic and governance issues that dominated the political debate in the past to saving the planet did not go unnoticed by European politicians. Green is without a doubt the new Red. Green political parties with environmental agendas are on the rise throughout the continent. In the 2019 German national elections, the Bündnis 90/Die Grünen was the second largest party winning 20.5%[2] of the total votes compared to only 10.7% in 2014. In other European countries such as Austria, UK, Ireland, The Netherlands, Sweden and Finland, voters’ support to Green Parties continues to rise. There is also a plethora of examples in local elections where Green candidates were victorious over rival candidates supported by dominant political parties. A recent example is the 2020 municipal elections in France where Les Verts won in major French cities such as Paris, Lyon, Marseille, Montpellier, Bordeaux, and Strasbourg. However, the Green wave is less prominent in Eastern and Southern Europe due to lower awareness and primary focus on economic issues. It came as no surprise to political analysts that the Greens/EFA group secured 74 seats out of the total 751[3] in the 2019 European parliament elections (42% increase compared to 2014), becoming an emerging political power in Brussels. With young European voters supporting Green political agendas, it is a matter of time to witness a further increase in the representation of Green parties at EU, national and local council level. This political mega trend is expected to facilitate the introduction of stricter environmental policies at EU level and smoothen the implementation process at both national and local level. GOOD INTENTIONS ARE NOT ENOUGH The EU has historically been a champion for the environment and a major catalyst for environmental policy change at member state level. The EU has committed to all relevant international environmental agreements such as the UNFCCC[4] in Rio de Janeiro in 1992, the subsequent Kyoto Protocol[5] in 2005 and the Paris Agreement[6] in 2016. According to the latest update in Q1 2020, the EU member states have already met the Kyoto commitments for the period 2008-2012 and they are on track to meet them commitments for the period 2013-2020[7]. Apart from the Kyoto commitments, the EU has introduced even bolder environmental policies namely the 2020 Targets[8] in 2008 and the 2030 Climate & Energy Framework[9] in 2014. The following table summarizes EU’s average targets. The percentage changes in GHG emission targets refer to 1990 levels. Energy efficiency refers to the reduction of energy consumption compared to 2007 projections for 2020 and 2030. The percentages of renewable energy and energy network interconnection refer to their share of the total.

Based on Q1 2020 figures, the EU has on average already met their GHG emissions target for 2020 and it is on track to meet the renewable energy target. However, the energy efficiency target for 2020 might not be achieved assuming normalized levels of energy consumption i.e. excluding Covid-19’s temporary effect. The same underperformance is evident in electricity network interconnection between member states. TIME FOR ACTION: THE EUROPEAN GREEN DEAL In December 2019, the EU announced its most ambitious environmental plan to-date namely the European Green Deal[10]. It entails a roadmap with a list of actions in order to turn the EU climate-neutral by 2050 and transition to a modern, sustainable and circular economy.

EGD endorses investments in technology and innovation to facilitate the transition to a climate-neutral economy. It will provide technical assistance and financial support of at least € 100 billion through the Just Transition Mechanism[11]over the period 2021-2027, which is expected to stimulate total investments of over € 1 trillion from the EU, national governments and private investors. These initiatives could potentially kick start the engines in the aftermath of Covid-19 and turn the problem into opportunity by modernizing the economy and creating thousands of jobs. Structural changes in the European energy and industrial sectors through decarbonization and environmental-friendly technologies could be a game changer. Buildings, transportation, agriculture and waste have been identified as lower hanging fruits with concrete initiatives under the proposed EU plan. The aforementioned sectors are not covered by the European Emissions Trading System although they account for circa 55% of total GHG emissions. Therefore, emission reduction is only possible by drastically improving energy efficiency through investments. In March 2020, a Draft European Climate Law[12] was presented to member states for public consultation. The document provides more details about the action plan under the EGD and its implementation process. In particular, it proposes the revision of the 2030 targets regarding GHG emission reduction from 40% to 50-55% with further revisions in the future depending on progress. Furthermore, the intention is to create a predictable business environment for companies and investors in order to stimulate a wave of green investments. After the public consultation and negotiations with member states are concluded, the proposal will become EU law in the course of 2020. As a result, the EU will have higher oversight over implementation compared to the current policies and it could steer the national governments towards the right direction. REAL ESTATE: THE ELEPHANT IN THE ROOM Buildings have undoubtedly been the thorn in EU’s side regarding its environmental policy due to their massive contribution to GHG emissions and energy consumption. The following statistics regarding the profile of European real estate put things into perspective:

The EU has not been idle in terms of environmental policies on real estate. The Energy Performance of Buildings Directive[13] (EPBD) in 2002 and the subsequent updates in 2010, 2012 and 2018 have put in place progressive restrictions for both existing and new buildings. The goals of the EPBD are the following: