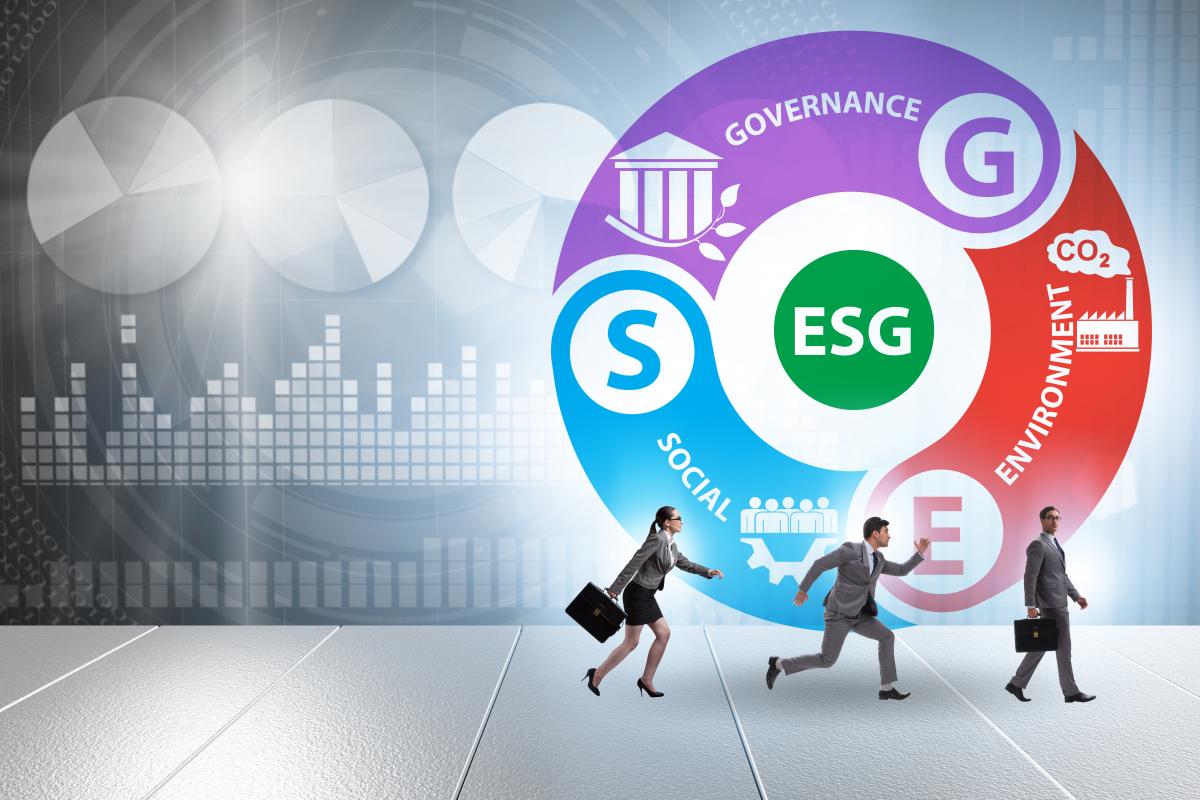 Who holds the power in financial markets? For many, the answer would probably be the large investment banks, big asset managers and hedge funds that are often in the media's spotlight. But more and more a new group of sovereign investors, which includes some of the world's largest sovereign wealth funds, government pension funds, central bank reserve funds, state-owned enterprises, and other sovereign capital-enabled entities, have emerged to become the most influential capital markets players and investment firms, with more than $30 trillion in assets under management.

They are referred to as the “super asset owners” in my new book The Hunt for Unicorns: How Sovereign Funds Are Reshaping Investment in the Digital Economy. Because of their large capital pool, these super-asset owners are not only the movers and shakers of the deal markets, they are also the ESG guardians for responsible investments–with the rapid-developing digital economy as their latest frontier. For example, a March 15, 2019 shooting massacre at two mosques in Christchurch, New Zealand, left 51 dead, and horrifyingly, it was livestreamed on Facebook and disseminated on Twitter and YouTube. In a swift and focused response, New Zealand Superannuation Fund (NZ Super) took the lead in organizing a campaign, Christchurch Call, which set out voluntary commitments for governments, companies and wider society to work together to eliminate terrorist and violent extremist content online–the world of Facebook, Google (YouTube), and Twitter.

The linkage between the sovereign funds and the mosque shootings and similar seemingly non-investment topics is that, as the world’s sustainability challenges become more severe and urgent, sovereign investors as “super asset owners” are sending a clear message to the industries they invest in: ESG (environmental, social and governance) and sustainability (SDG, sustainable growth goals) must become the new normal. The $40 billion NZ Super has taken the lead in promoting this powerful trend, and Christchurch Call is the first global coalition to campaign about social media issues. After launching Christchurch Call, NZ Super quickly rallied the major New Zealand institutional investors; within a week most had signed up to support the cause. By the end of 2019, 102 asset managers from around the globe, controlling more than $13 trillion in assets, have signed up.

On March 20, 2020, the first anniversary of the mass shooting, NZ Super and its cohort of peers issued an open letter addressed to the boards and management of Alphabet (YouTube), Facebook and Twitter, putting them on notice of the power of sovereign investors. The letter, which listed by name all 102 large institutional investors that are signatories, pulled no punches in making clear demands: “Our request includes:

Nor did it mince words in evaluating the companies’ response: “To date, we have been dissatisfied with the response from your senior executives and Boards to us. The failure to respond to these actions creates a significant business risk, beyond the harm caused to the global community. You have a duty to address that. We remain open to continued engagement. Our expectation is that you will take responsibility for and fully address this issue.” The speed and specificity with which the movement took off under the leadership of NZ Super is a harbinger of what the world can expect from these giants. Naming names and making specific demands for changes in behavior rather than broader calls for improvement may be what’s in store for the public company targets of such campaigns. The three major social media platforms have duly promised to address their complaints. However, images of the Christchurch massacre continue to circulate online.

As such, NZ Super and its allies emphasized in the letter that the initiative will “continue to accept new signatories until these companies take meaningful action.” Similar responsible investing actions are being taken by the Norwegian fund NBIM, whose $1 trillion portfolio holds, on average, 1.5% of every listed company on earth. NBIM’s latest report on responsible investing released in March 2020, covering its 2019 voting and engagement with management and follow up, runs to over 100 pages. Of the more than 9000 companies in which it holds voting shares, NBIM cast votes in more than 97% of them. It was not shy about voting against management even in its top holdings. In the last year, it voted “no” 8 times at Google and 4 times at each of Amazon and Facebook, among others. Their actions reveal a major shift: ESG-conscious SIFs are starting to campaign for a sustainable cyberspace, using tactics developed from “green investments” in sectors relating to fossil fuels and climate change. Until recently, the New Zealand and Norway funds are best known for their decarbonization efforts. Both have integrated climate-risks into their investment processes thoroughly and systematically. NZ Super has developed low-carbon portfolio strategy for its whole portfolio, and NBIM divested thermal coal positions from its holdings. Today, many funds have not only implemented climate-related investment strategies, but also directly participated in physical green projects.

Indonesia’s new fund is a key element to building a new, more resilient capital. (Jakarta will soon sink under rising seas.) PIF is funding NEOM City, a green enclave in one of the world’s largest producers of hydrocarbons. On a lesser scale, CDPQ is financing a massive expansion of greener public transit in Montreal, its home base. Even the most well-known passive investor like Japan’s enormous GPIF has taken on an active role in remaking fund management and bending it to the ESG goals Now SIFs are focused on the major tech companies, reflecting the increased sophistication of the sovereign investors.

Oftentimes, such companies are deemed to be greater ESG pioneers than in many other sectors, especially from an E (environmental) perspective. For example, Google and Apple have built environmentally friendly, or “green,” headquarters. The tech industry in general has earned (relatively) high ESG scores because innovations supposedly tend to do social environmental good. A December 2019 report commissioned by the telecom industry estimated that the use of mobile technology enabled people to reduce greenhouse gas emissions by 2,135 million tons in the previous year, the size of Russia’s annual emissions. The fact is, however, that investors are not generally aware of the poor ESG credentials of the world's largest internet companies, which, despite their heavy weighting within global ESG indices, pose risk to investors by virtue of their social and governance standards. Meanwhile, as tech giants like GAFA (Google, Amazon, Facebook, and Apple) and numerous AI-driven startups (some of which may quickly emerge as dominant global players) gather ever more data about their users, they are increasingly shaping people’s lives and politics.

For new investments, the SIFs’ ESG policies have led to greater scrutiny of the tech companies and impact of their innovation, especially their dealings with data privacy, information security, and their role in enabling government and corporate surveillance. This comes at a time when data is viewed by many as the “new oil” of the “new economy”, as well as playing a key role in controlling pandemics. For existing portfolio companies, sovereign investors take on more active governance roles to mitigate and even pre-empt advanced tech’s negative externalities on society. Illustrated by the NZ Super and Christchurch Call case, the super asset owners are looking now at the social (S), and more fundamentally, the governance (G) issues of the digital economy.

The rapid pace of technological advancement, especially of AI and machine learning, is creating disruption and anxiety in the society; At the same time, the institutions that have traditionally had the responsibility of shaping the societal impacts of new technology are struggling to keep up with its rapid change and exponential impact. Through their influence on tech companies, the super asset owners can join efforts with government and society stakeholders to usher in a sustainable digital transformation.

Moving forward, super asset owners will increasingly lead ESG and sustainable development goals (SDGs) in the digital economy, uniting in order to counter live-streamed shootings, relying on AI to monitor the conduct of portfolio companies, chiding the management of others, and rebalancing their portfolios to de-risk them for climate change and technological disruption. The future of investing is at an inflection point, and these super asset owners are becoming ESG guardians for both global climate change and our digital future.

Winston Ma, CFA & Esq. (@Winston_W_Ma) an Adjunct Professor at the NYU School of Law. He is the former Managing Director and Head of the North America office at China Investment Corporation (CIC), and author of Investing in China, China's Mobile Economy, The Hunt for Unicorns, and The Digital War.