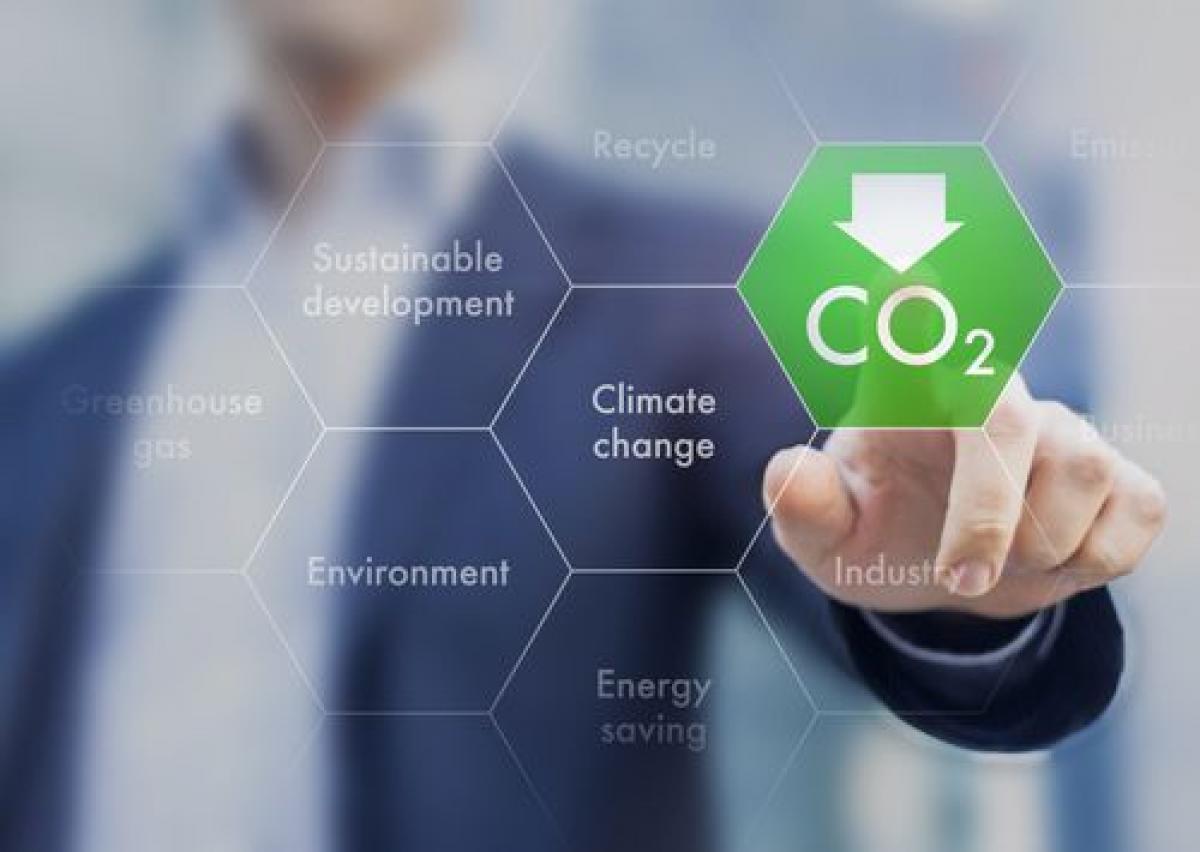 “Decarbonizing Everything,” a new study from George Serafeim of Harvard Business School and four executives with State Street Associates looks for ways investors can combine qualitative and quantitative measures to develop targeted strategies that will both manage climate risk and increase risk-adjusted returns.

The paper begins with a description of three metrics. First, one can simply use company-reported operational emissions, perhaps scaled by firm revenue to yield a “carbon intensity” number. This number doesn’t require modeling and is comparable from one company to another. The problem is that it does not reflect emissions from either suppliers or customers. A company might become very inventive at carbon efficient ways of manufacturing carbon-spewing cars. Its negative effect on the climate would take place only after the cars were no longer in its possession. It is counter-intuitive to suppose its carbon risk is for that reason is low. Should there be a sudden swing in market sentiment or legal context away from carbon emissions, our hypothetical car manufacturer will pay a price.

A second approach: one can do the same as before but add carbon emissions from both upstream and downstream activities—that is, suppliers and customers. For this second metric, as for the first, the gross emissions number is then scaled against revenue to get intensity, considered the contrary of carbon efficiency.

But here we take a step away from what is directly measurable. Figuring out what is going on either upstream or downstream can require modeling. Noise or bias enters the frame.

Then there is a third approach. Analysts who take a broad view incorporate the prior two metrics, but they also take into account, among other matters, climate-change transparency, targets for improved efficiency, board oversight, and whether the board sets environmental standards for its suppliers. A third-party analyst can take all this into account, offer a rating, and the portfolio manager can use that rating as the relevant metric for climate risk. The most obvious disadvantage is that the portfolio manager is making an act of faith in the analyst.

These three approaches—operational carbon (OC), Total Value Chain (TVC) and Analyst Rating (AR) together suggest a second-order method for the authors as they study the related portfolio management issue. They use a sample of 1,509 firms in the US in 43 different industries over the period between 2013 and 2019. They evaluate the firms in their sample by all three metrics. For the first two metrics they use data from the S&P Global Trucost. For the third, the team uses analyst ratings from the MSCI.  This, with some number crunching, yields the data for a metric they call dispersion, the coefficient of variation in carbon intensity across firms in an industry.

Intensity and Its Dispersion

This study finds that the dispersion in carbon intensity “is significantly greater in industries for which climate change is identified as financially material,” presumably because the firms in such industries know their industry and have accordingly adopted emissions related policies with a significant variation in outcomes.

Consistent with this greater dispersion, the team found that higher dispersion “is significantly related to better performance of OC and TVC decarbonization factors.”

The same result does not occur for AR decarbonization. It is possible that, “in industries where carbon intensity is high, there is more herding of analyst evaluations across companies.” Analysts, then, fail to make the differentiations that the two more quantitative metrics do make. Further, analysts may look at one another’s homework and so crowd together in their assessments.

From such considerations, this team concludes that investors who want to incorporate environmental sensitivity into their portfolio allocations should not weigh industries by market cap but should weigh them instead by the dispersion of carbon intensity.

As noted above, Serafeim, a very influential scholar on corporate sustainability and socially responsible investing, is a professor of business administration at Harvard Business School. He is also a partner at State Street Associates. The other State Street participants in this project are Alex Cheema-Fox, Bridget Realmuto LaPerla, David Turkington and Hui (Stacie) Wang. David Turkington is the co-author of a recent MIT Sloan Research Paper on a new method of indexing the business cycle.