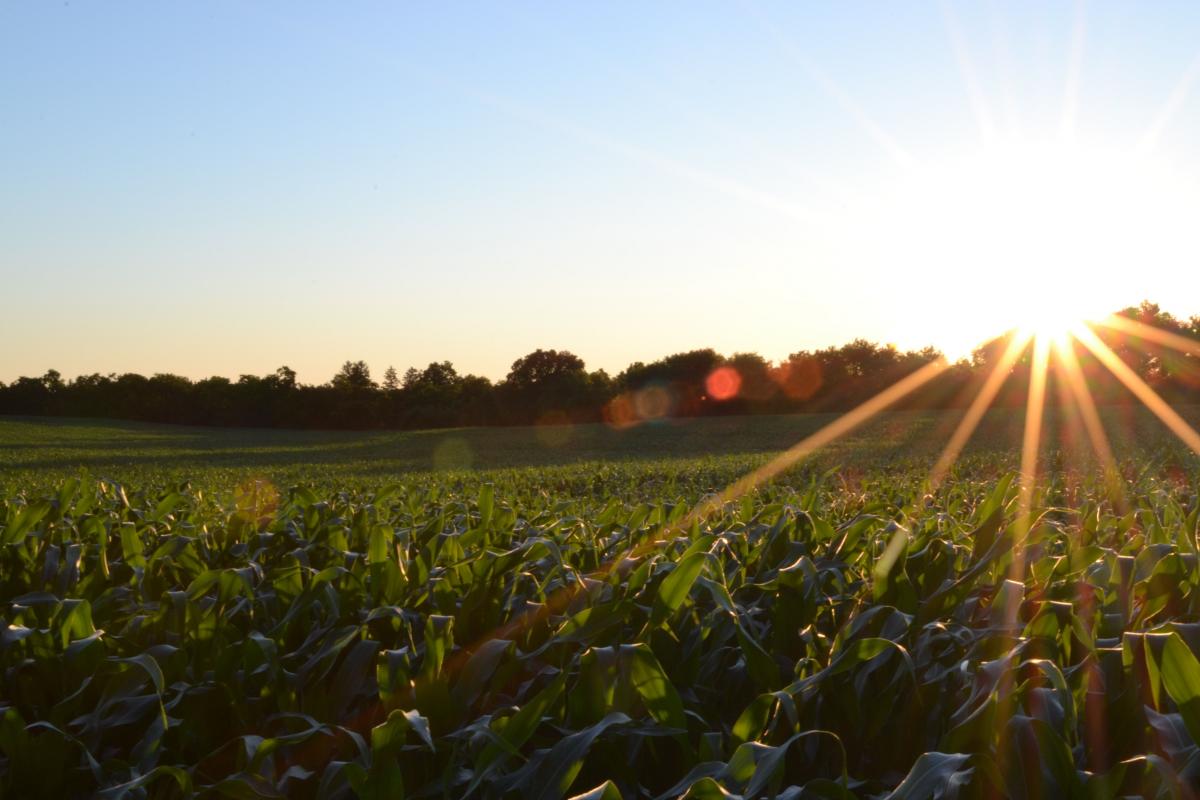 This was originally published in the firm’s Q4 2020 Natural Resource Market Commentary.

Over the last four years, global agriculture has sat on a knife’s edge. Extremely strong grain demand, sourced from the developing world, has been met with extremely favorable global growing conditions resulting in bumper crops. Because of favorable weather, global grain markets have been able to accommodate strong demand with little in the way of upside price pressure. However, we believe this is now changing. A recent story in the January 2, 2021 edition of the Financial Times, which has garnered little in the way of investor interest, portrays global agricultural markets as already seeing the first signs of stress:

Grain inventories have now been drawn down to levels that could easily slip into dangerous zones if weather in the 2021 northern hemispheric growing season becomes even slightly problematic, which we believe it may. The first signs of drought conditions have already emerged in Brazil, the wheat-growing region of the Former Soviet Union, and in the US Midwest. Northeast China’s wheat-growing region is currently suffering extremely cold weather causing severe damage to their winter wheat crop.

As our readers know, we believe global weather patterns have changed. Although not commonly accepted, we believe we are now entering into a period of cooler weather, with far less stable, and more challenging growing conditions. For the last 40 years, global crop growing conditions have been extremely good—an almost unprecedented streak. Not every year in the last 40 has always been perfect, but we have not seen a stretch of adverse crop-growing weather that has extended beyond one growing season. For example, extreme flooding in the Midwest took place in 1993 and 2019 and a severe drought gripped large portions of the Midwest in 2012. However, excellent growing conditions returned the following years.

You have to go back to the infamous “dust-bowl” decade of the 1930s to experience an extended period of challenging growing conditions that lasted for multiple seasons. The 40 years of extremely favorable global growing conditions have combined with improved seed genetics and better farm management techniques to enable the world to supply a global grain market that has seen demand ratchet up from 2% to 3% in the last 20 years. We believe this unprecedented stretch of excellent weather is about to change.

We see mounting evidence that sunspot activity in the 25th sunspot cycle (which has now begun) will be very weak. Although open to debate, we believe the surge in sunspot activity we have experienced over the last 60 years (the Modern Maximum) has helped produce our current warming cycle. The 25th sunspot cycle will be the third cycle exhibiting declining sunspot activity and could very well usher in a lengthy period of much cooler weather. Although climate followers don’t like to admit this, one of the biggest beneficiaries of global warning has been global agriculture. The impacts of warmer weather are many, but the most significant is the lengthening of the northern hemisphere growing season over the last 50 years.

Although long-term weather predictions are difficult, the odds now favor significant disruptive weather occurring with greater regularity, including earlier frost in the fall and later frost in the spring. Also, this is going to be the first time that a declining sunspot cycle happens during a strengthening La Niña cycle. There are a number of weather followers who believe that the combination of these two cycles will result in extreme weather volatility over the next several years, again producing much more challenging grain growing conditions.

In our last letter, we warned that we were entering the annual period of relative quiet in grain markets with little expected in the way of news announcements. How wrong we were. Shortly after writing that, the USDA released their November WASDE report in which they unexpectedly reduced their 2020 US corn yield estimate by 2.6 bushels per acre. The USDA also raised estimated 2020–2021 US corn export demand by a large 325 mm bushels (up 15%). 2020–2021 ending stocks were also slashed 465 mm bushels from the October reports. The very bullish November WASDE report was followed by another extremely bullish report in January. The USDA again reduced corn yield assumptions by a further large 3.8 bushels per acre and reduced their 2020–2021 ending stock estimate by another 150 mm bushels. The January WASDE report marked eight months of nearly consecutive reductions in estimated corn acres planted, harvested, and yields. Originally, the USDA predicted 2020–2021 corn ending stocks of 3.3 bn bushels—a level not seen since the grain glut years of the mid-1980s.

The drop in corn acres planted occurred because of the big COVID-19 pullback in corn prices this spring when $3.00 corn prices discouraged farmers from planting. Acres harvested were reduced an additional 1.5 mm acres after a derecho—a widespread windstorm—knocked down huge swaths of corn in the prime corn growing regions of Iowa back in August. Corn yields were lowered again when the USDA finally recognized the stress impact from extreme hot and humid weather this summer on the corn crop, especially in the Midwest.

Turning to demand, the USDA sharply reduced animal feed and usage demand from its original May estimate of 12.65 bn bushels to 12.03 bn bushels. However, they raised their estimated corn export demand from 2.15 bn bushels to 2.55 bn bushels. Exports offset two-thirds of the weakness in US domestic demand. The net result was a massive reduction in corn ending inventories assumptions—from 3.3 bn bushels back in May to only 1.55 today—the lowest in seven years.

Although not as dramatic, we have seen sizable reductions in the estimates of 2020–2021 soybean ending inventories as well, but for completely different reasons. The May USDA WASDE report projected total soybean acres planted/harvested at 83.5 mm/82.8 mm. Yieldassumptionswere49.8bu/ac, slightly below the record yields of 2016 and 2018.Total soybean crop size was estimated to come in at 4.125 bn bushels. These original estimates were only slightly too optimistic, as acres planted/harvested came in at 83.1/82.4. The soybean crop yield was actually raised up nearly half a bushel, and is now estimated to be 50.2 bu/ac. The soybean crop size is now estimated to come in at 4.14 bn bushel—very close to the original May WASDE estimate.

Given demand and export assumptions, the USDA originally projected 2020–2021 ending soybean inventories to be 405 mm bushes, in line with 20-year averages. However, because of surging Chinese demand, the USDA had to significantly increase export demand. Since their original May WASDE export estimate of 2.05 bn bushels, the USDA has increased export demand by 180 mm bushels. According to the January WASDE report, US soybean ending stocks are now estimated to be only 140 mm bushels. This will be the lowest ending stocks number since the beginning of last decade—when soybean prices approached $18.00 per bushel.

With corn and soybean inventories now significantly reduced, a perfect 2021 planting and growing season is the only way for grain prices to remain stable. Any disruption in 2021 crop growing conditions could put significant upside price pressure on grain prices.

Two years ago, we wrote how China would soon emerge as a significant corn importer. It now looks as if that time is now. In the last several months, China has made several record corn (and ethanol) purchases from the US. Driving China’s short-term demand for corn has been the need to rebuild its hog population. Up to 50% of China’s hog population may have died or been culled in 2019 in response to an African Swine Fever epidemic which started in 2018. Besides rebuilding their hog population, China is also expanding its dairy and poultry industries, both of which are big corn consumers. China’s corn import needs are now set to surge.

In 2010, China began aggressively encouraging its farmers to plant additional corn acres through subsidies. Chinese 2010 domestic corn production stood at approximately 175 mm tonnes. In response to the subsidies, by 2016, China’s corn production had surged to almost 250 tonnes, an increase of over 40%. In response to the surging production, by 2019 Chinese corn inventories surged as well, to 220 mm tones from 50 mm tonnes in 2010. In 2014, the size of China’s corn harvest surpassed domestic demand by 45 million tonnes. Since then, China’s corn demand has surged. In 2014, China was consuming approximately 215 mm tonnes of corn which reached 280 mm tonnes by 2020. Supply on the other hand has begun to contract. Starting in 2016, China stopped subsidizing corn growers, and supply has now rolled over. After peaking at almost 260 mm tonnes, estimates for the 2020 harvest put Chinese corn production at 250 mm tonnes—almost 30 mm tonnes lower than demand. The Chinese have already disclosed that 57 mm tonnes of corn inventory were auctioned off in 2020, and government officials state no further inventory sales are planned until this spring. Given strong demand and tight inventories, Chinese agricultural sources have indicated that substantial corn imports will be necessary to meet demand and to keep prices from rising. Archer Daniel Midlands, a major consumer of corn, has predicted that China will need to import 25 mm tonnes of corn in 2021. In January 2020, Chinese officials scrapped the ethanol mandate first imposed in 2017 citing “food security” concerns. Such an announcement serves as additional proof that grain markets are rapidly tightening in China.

China has never historically been a substantial corn importer. Global corn markets are now facing a huge new source of demand that literally didn’t exist even one year ago, another very bullish development.

The Weather is About to Change

In our Q4 2019 essay, “Agricultural Markets: What Sunspots Mean for Global Growing Conditions,” we wrote about the potential impact of sunspot cycles on global weather patterns. We highlighted how the current warming trend, which began approximately 100 years ago, also happened coincidentally with an unprecedented surge in sunspot activity, now known as the “Modern Maximum.” We noted evidence now suggests we are heading into a long period of declining sunspot activity, which could usher in a period of cooler and much more volatile weather.

The 25th sunspot cycle has started, and all indications point to another weak cycle. For example, the Ames Research Center of NASA has published a paper, “Heliophysics Modeling & Simulation Project,” that attempts to predict the Sun’s sunspot activity levels in this 25th cycle. The paper concluded that the upcoming cycle 25 will be extremely weak, producing a maximum level of sunspots of only 50, as compared to the peak sunspot levels of 120 in cycle 24, peak levels of 150 in cycle 23, and a peak level of 200 in cycle 22. The NASA paper concluded that, the upcoming solar activity levels in cycle 25 would likely be the weakest in the last 200 years. If reduced sunspot activity ultimately results in global cooling, then upcoming weakness in sunspot cycle 25 will confirm a long-term cooling weather trend has begun. 2020 was the second warmest year on record; however, in retrospect, last year might be the peak in this 100-year warming cycle. Historical cooling weather trends have been associated with suboptimal growing conditions.

Although the cooling of the global climate will potentially bring it with extended periods of extremely disruptive weather, one of the major effects will be its impact on the length of the northern hemisphere growing season. As the graph below clearly shows, since 1960, the growing season in the United States (a good proxy for northern hemisphere growing conditions) has increased tremendously.

For example, the first fall severe “killer” frost now happens approximately five days later than it did in 1960. In the spring, the latest killer frost has now been pushed back by nearly a week. The longer growing season has produced multiple positive effects. Besides a longer season to grow, the push back in fall frost allows crops further maturation time in case a crop was planted late due to a wet spring. If we are indeed entering a global cooling phase, not only we will see strings of much more disruptive weather events, but killer frosts will occur with much greater regularity in both the late spring and early fall. The net effects will be a severe dampening of crop yields that have grown relentlessly in the last 60 years.

This was originally published by Goehring & Rozecwajg in the firm’s Q4 2020 Natural Resource Market Commentary. You can download the full commentary here.