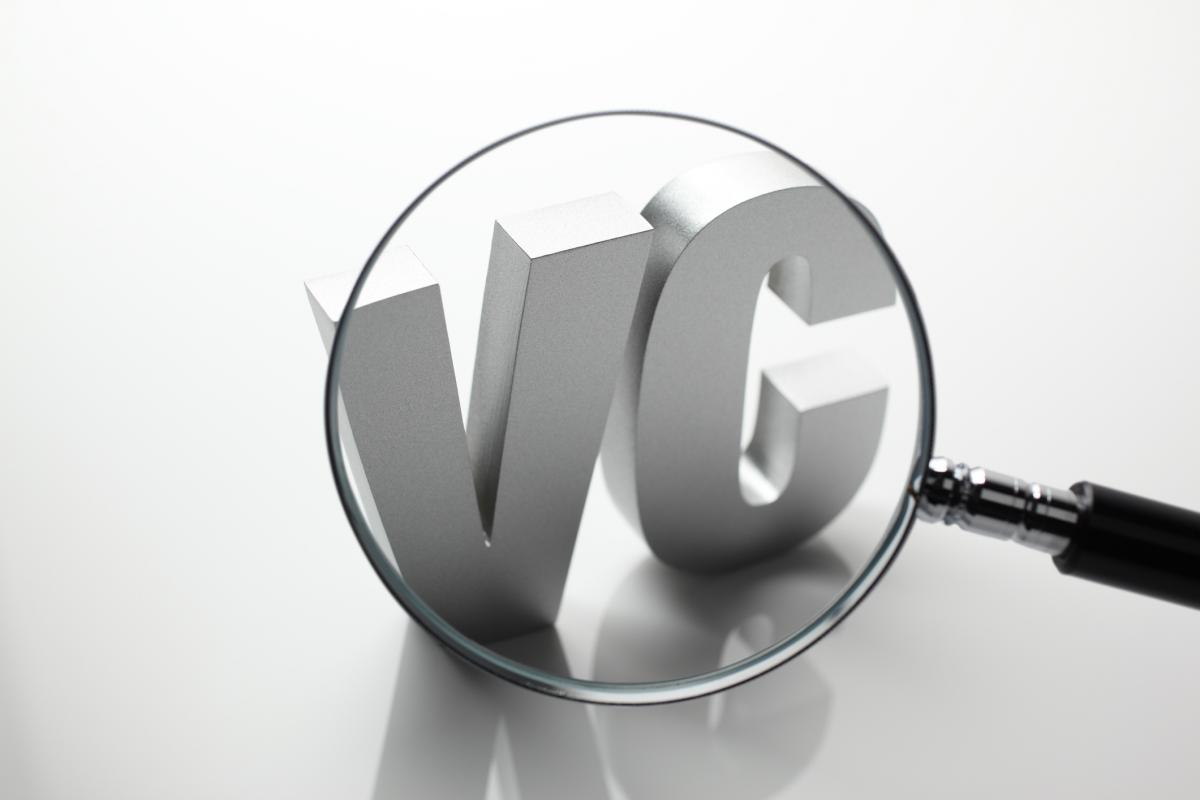 Traditional venture capital firms have never faced more competition, a dynamic that has given rise to hastier and pricier deals that are frequently led by non-venture investors.

Against this backdrop, private equity firms have ramped up their exposure to startups and are participating in more than half of all US venture capital deals by value, up from 36.9% just two years ago. Growth-focused firms Insight Partners, General Atlantic and OrbiMed are among the most active leaders of this recent wave. 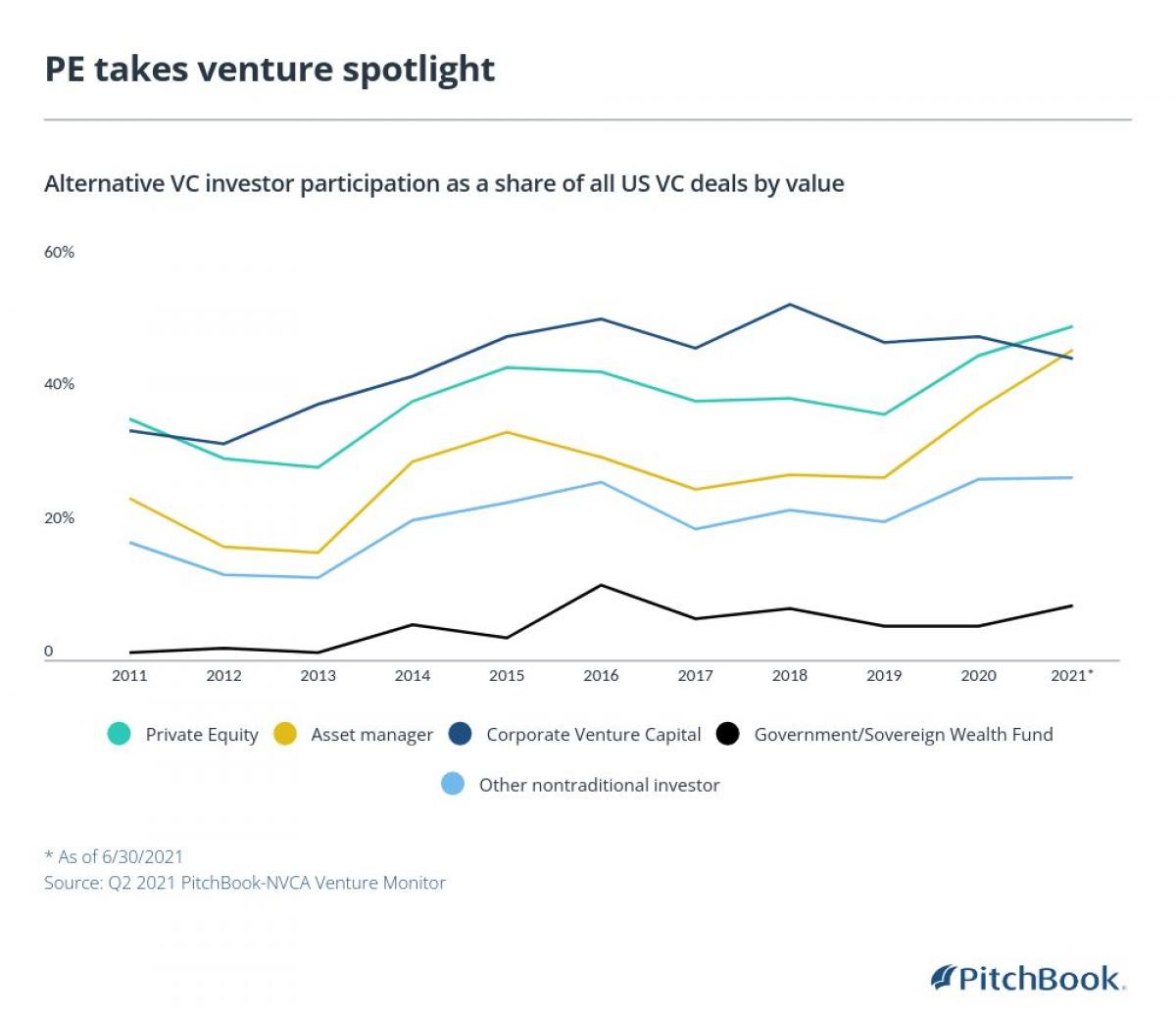 In part, this is the story of a moment in time when venture returns are highly appealing. But it is also the result of long-running market forces that have made VC increasingly attractive to private equity, hedge funds and other nontraditional investors. 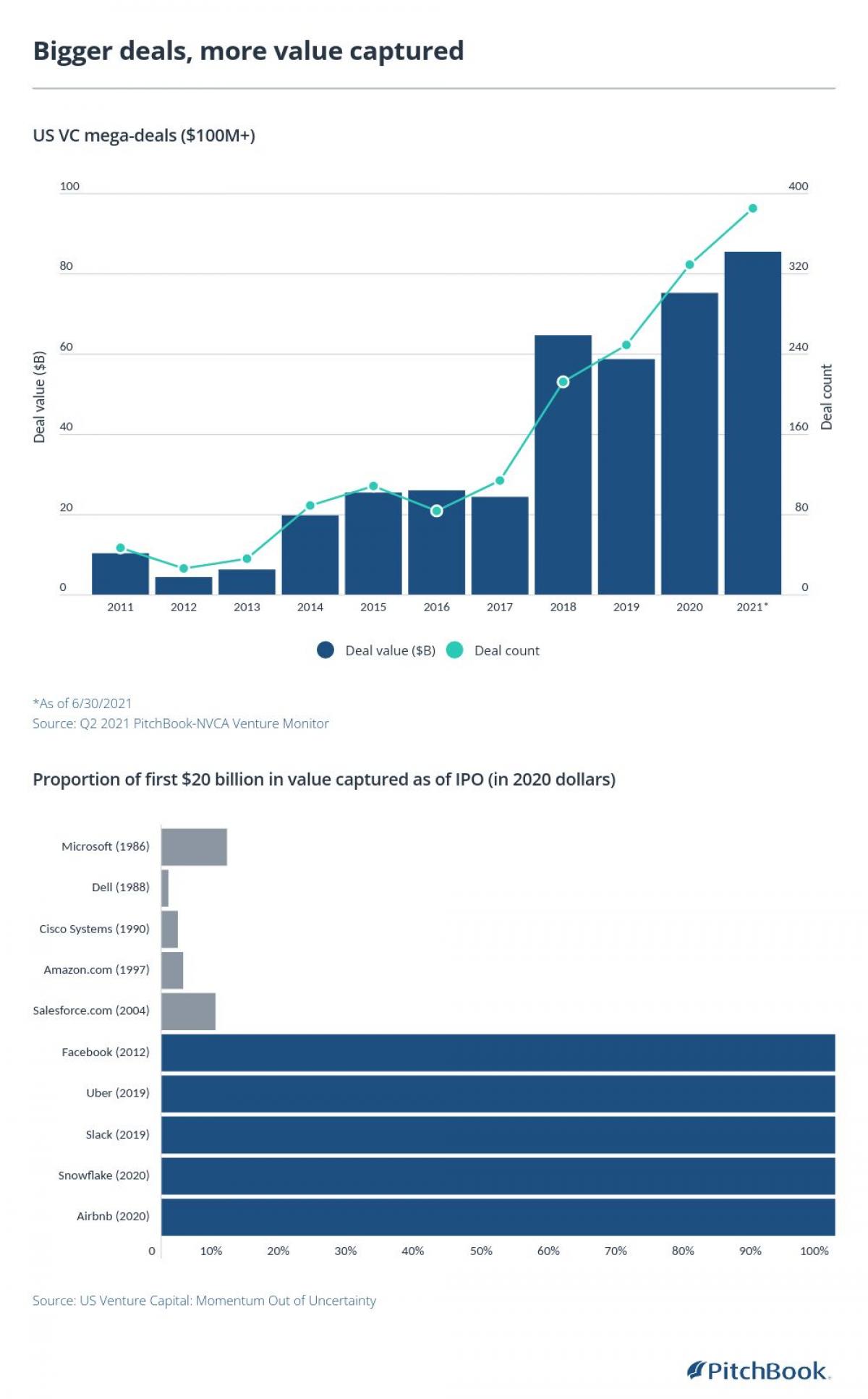 Late-stage venture capital deals now more closely resemble the traditional stomping grounds of PE growth investors. Much of that is thanks to one of the most dominant tech themes of the past decade: startups staying private for longer.

This phenomenon has enabled the widespread proliferation of $100 million-plus rounds, which were a rarity in private markets a decade ago.

VC-backed companies have demanded ever-larger checks, requiring backers with deeper pockets. And those late-stage rounds have become sizable enough to move the needle for funds managed by PE firms, whose assets under management tend to be much larger than their venture counterparts.

While venture firms have stepped up their competitiveness by raising mega-funds, that has not kept competitors at bay.

"Late-stage venture has grown to be such a big ecosystem," said Wylie Fernyhough, a senior analyst at PitchBook. "Private equity firms and other nontraditional investors are stepping in to fill that gap."

These investors have also taken advantage of an opportunity to grab a piece of tomorrow's public companies. Top performing tech companies now create tens of billions of dollars in value for their private backers before they go public. Firms that want exposure to this class of companies have no choice but to dabble in venture capital. 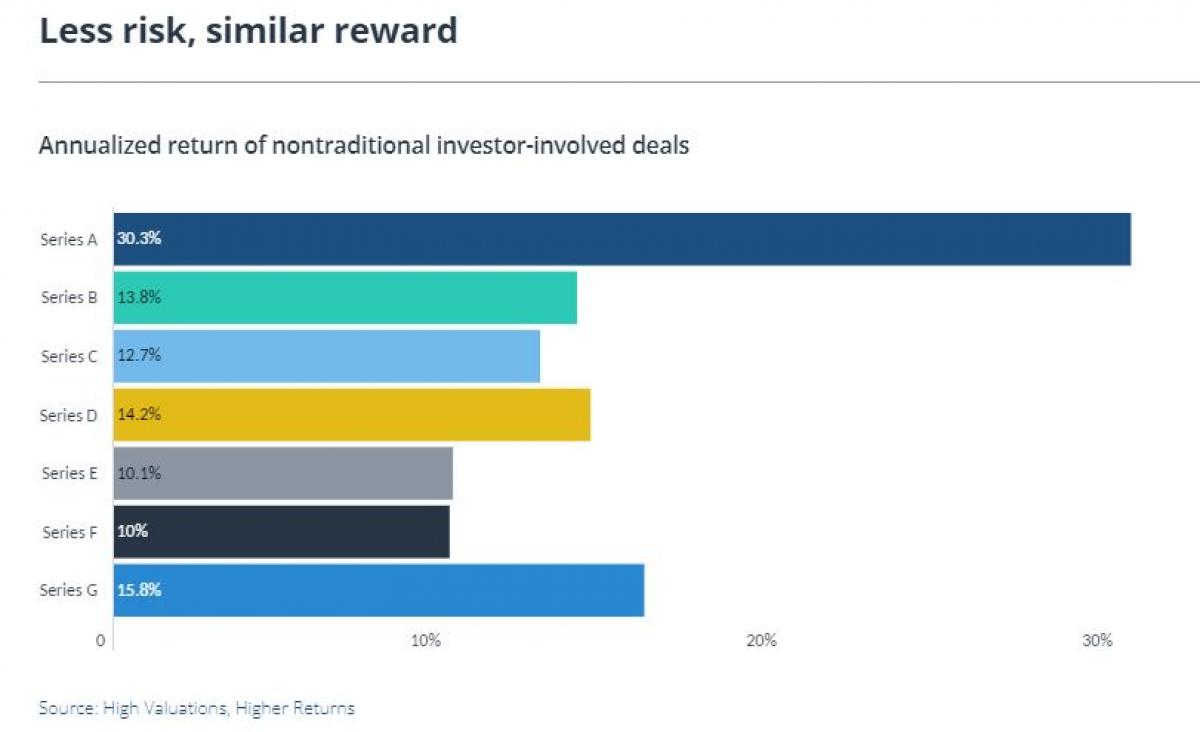 Another advantage of large, late-stage deals is that they come with a significantly lower risk that the company will fail. For private equity investors, which have historically invested in more mature companies, this means that the deals' characteristics are much more to their liking.

"The risk-reward spectrum of late stage venture is firmly in favor of a private equity-style investment rather than traditional venture," said Fernyhough. "Whether it's hedge funds, mutual funds or private equity firms deploying the lion's share of capital, you're seeing this activity because these deals just fundamentally don't look like standard venture investments."

The returns on investment can be hugely lucrative for nontraditional investors, even those that come in at the latest stages of venture. The annualized returns of Series B and later deals that involve these investors are between 10% and 15%, according to a recent PitchBook analyst note.

In some pre-IPO rounds, investors have been able to buy significant stakes that double in less than two years. Those crossover rounds also help investors to secure an allocation of shares in the IPO.

"It's a win-win situation," said Kyle Stanford, a venture capital analyst at PitchBook.

In extreme cases, returns from crossover rounds can be many multiples the original investment. Growth investor Dragoneer and corporate VC firm Salesforce Ventures led a deal for Snowflake in early 2020 at a $12.4 billion valuation, according to a PitchBook estimate. The cloud data company went public later that year and now has a more than $90 billion market capitalization. 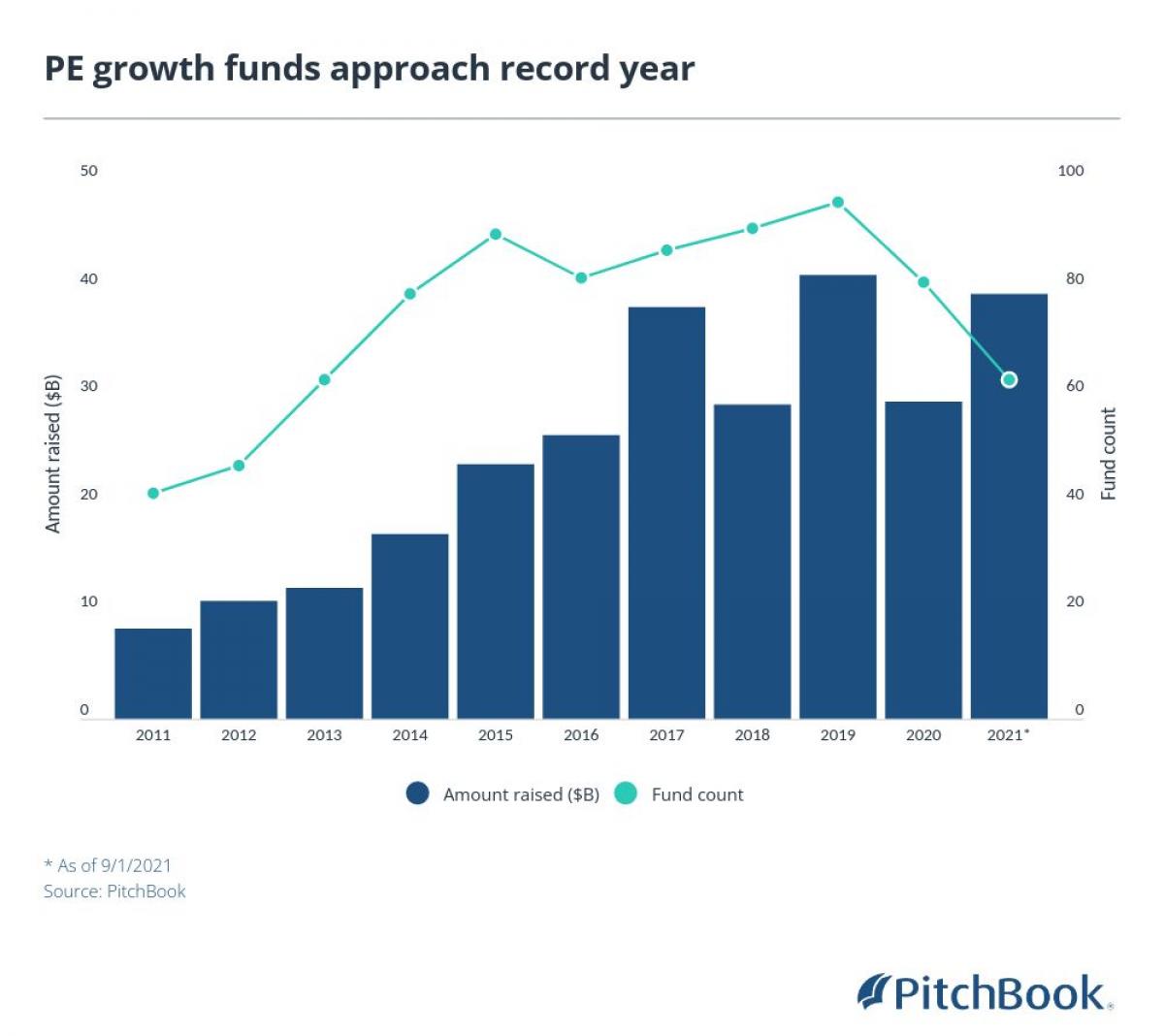 This combination of demand for capital, strong returns, more moderate risk and an opportunity to invest for the long term have created prime conditions for private equity and other growth-oriented investors to pile into venture capital.

There's little evidence of a reversal any time soon: In 2021, fundraising for PE growth and expansion funds is nearing a record, with $39.5 billion raised across 63 funds as of early September, according to PitchBook data.

The original article can be found here:

James Thorne is a senior editor at PitchBook covering venture capital through the lens of data visuals. He received a master’s in business and economics reporting from NYU and previously worked for Reuters, CNBC and GeekWire. 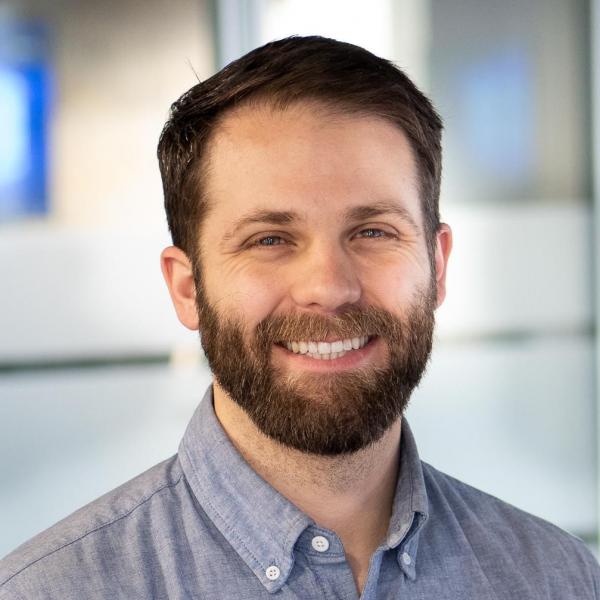 Caption
James Thorne
Be sociable, share this post!
LinkedInTwitterFacebookEmailPrint
Would you like to have your piece featured on the Portfolio For the Future blog? Follow our Blog Submission Guidelines for consideration.
Become a CAIA Charterholder today. Learn more.