India: A Hot Spot for Foreign and Domestic Capital 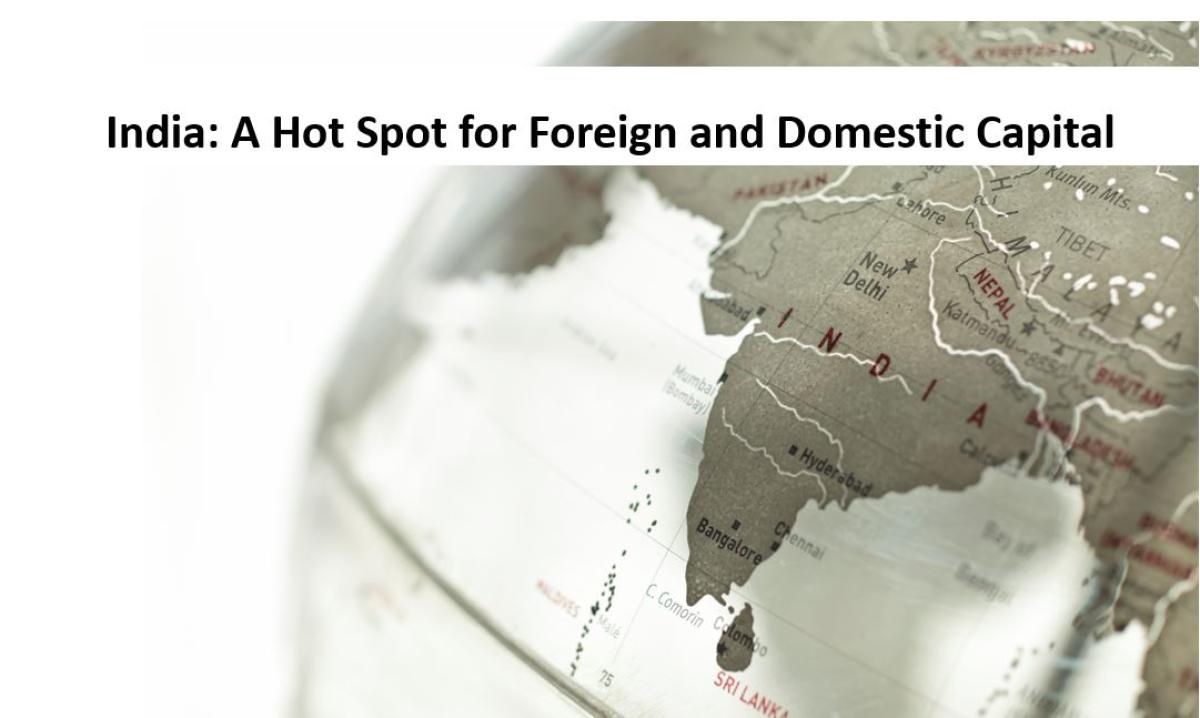 In the wake of the COVID-19 pandemic, India’s economy has continued its growth trajectory. The country’s GDP is expected to reach 9.5% in 2021-22, making it the fastest-growing major economy in the world and the third-largest contributor to global GDP. In the next six years, India is expected to contribute more to global GDP than the United States, Japan, and Germany combined in real purchasing power parity (PPP) terms.

India’s relatively high domestic savings rate is perhaps the most significant statistic to note for those gauging the potential of the domestic investment industry. In 2019-2020, the country’s savings-to-GDP ratio was second highest among top global economies, at 291 basis points (bps) ahead of the median rate of 27.3%.

Looking forward, we expect India to sustain this momentum, especially relative to other major economies on global investors’ radar, like the United States and China. The Indian government’s investment in physical and digital infrastructure - and improved business practices - will likely act as force multipliers for the country’s key growth drivers in the coming decade: a younger population, a growing middle class, and the rise of urbanization across the country.

From increases in deal size, deal activity and fundraising, to improvements in term sheets and benchmarking practices, India’s PEVC investment environment is reaching new levels of sophistication. According to Venture Intelligence, private equity firms (including VC) invested $39.5 billion in India-based companies during 2020, 4.6x (17% CAGR) the capital invested in 2010.

At the end of FY2021, the average private equity fund size was $94 million and the average VC fund size was $35 million. CAIA expects these averages will keep growing as India continues to attract larger, more established fund houses, which currently dominate the country’s PEVC landscape.

Indeed, the top five PE firms by fundraising accounted for 37% of total PE capital raised in the last five years. The top five VC firms accounted for 50% of total VC capital raised. Larger funds especially see India as a prime location for their investment operations given that the country’s large consumer base allows for greater scale and better absorption of big ticket investments. In addition, the remaining funding gaps in sectors like healthcare, finance and infrastructure leave plenty of potential for future investment.

While much of the global investment community was focused on the recent SPAC (special purpose acquisition company) trend during the last couple years, India's focus was on the promise of its unicorns."

India’s VC-to-PE pipeline, as well as ample support for early-stage businesses, are also promising signs of a maturing industry. In the last 25 quarters, new investments (versus follow-on investments) accounted for at least half of VC transactions on average each quarter.

Additionally, an emerging venture debt market now offers investors alternative exposure to India’s startup ecosystem, as well as a helpful pathway for these businesses to advance to their next milestones without losing control. Technology-focused startups especially benefitted from this increase in the availability of venture debt, as they were forced to react to the pandemic.

Finally, given the abundance of capital now available and the changing perceptions of risk in the country, term sheets are now evolving from a previous focus on downside protection to tools that guarantee upside participation. In addition, benchmarking practices for Alternative Investment Funds (AIFs) in India have led to improvements in transparency and thus better terms for investors.

The Ascent of the Indian Unicorn

While much of the global investment community was focused on the recent SPAC (special purpose acquisition company) trend during the last couple years, India’s focus was on the promise of its unicorns - the startups that have, or are on track to achieve, a valuation of $1 billion.

In 2020, India had the third highest number of unicorns, led only by the United States and China. According to Venture Intelligence, by the end of 2020, India was home to 32 unicorns; by mid-August 2021 that number had already jumped to 55. To put that in context, the equity value of these 55 unicorns is nearly as much as the AUM of the India’s entire domestic equity mutual fund industry.

CAIA believes that, at the current pace, India could have more than 100 unicorns by 2025. This is based on the pipeline of startups closing on $500 million+ valuation, the current business environment, private markets activity and the increased pace of growth among these larger privately-held companies.

Looking Toward the Exits

Though COVID-19 forced a lull in exit activity in 2020, 2021 saw the largest harvest ever for PEVC investors in India, with roughly $19 billion in exits in the first half alone. As in 2020, 2019 and 2017, the greatest number of exits came from public market sales. With the $12 billion sale of Flipkart to Walmart in 2018 skewing averages, strategic sales have been the next most popular exit strategy in recent years, followed by secondary sales.

Relatively recent ‘mega-exits’ like the Flipkart-Walmart deal, Carlyle’s partial exit from SBI Cards, Bain Capital and GIC’s exit from GENPACT and the more recent IPO of Zomato - as well as the secondary sales of GlobalLogic and Star Health Insurance - have built confidence around India’s PEVC landscape.

Larger multiple exits (10x +) seemed to be less affected by the pandemic than smaller or quicker turnaround exit deals, which were especially slow in 2020. Nevertheless, previous trends for these smaller exits may indicate a positive trajectory ahead, post-Covid.

Regional and Sector Trends in PEVC

The information technology (IT) and IT enabled services (ITES) sector accounted for roughly three-fifths of aggregate PEVC transactions in India in 2020. Deal sizes in this sector are generally smaller than the cross-industry average.

Banking, financial services and insurance (BFSI) was the second most active sector in 2020. Thanks in part to Carlyle Group’s partial exit from SBI Cards and Payment Services, the sector generated the most exit value. IT, BFSI and healthcare, the third most active sector for PEVC, contribute roughly 25% each to India’s pipeline of potential unicorns.

Seemingly in line with sectoral numbers, we see a split between the regional leaders for deal value and deal volume in the country. Cities in southern India, most notably Bangalore, are known as hubs for the IT and ITES sector, and as a result, have been home to a higher number of PEVC deals in recent years. Nevertheless, in terms of deal value, western India, which includes Mumbai, is in the lead. Approximately 85% of India’s startups funded by an institutional investor are located in Bangalore, Mumbai, or in India’s National Capital Region, which encompasses Delhi. Other upcoming regional ecosystems include Chennai, Pune and Hyderabad.

Jo Murphy has been in Asia for over 20 years, predominantly based in Hong Kong but with two valuable years spent in Singapore. She has held several senior Asia Pacific wide management positions, successfully leading sales, business development, marketing and client relationship management divisions for major institutions; and has both built and managed large and effective regionally located teams.

Jo was expatriated to Hong Kong, with Morgan Stanley, in early 1997 and has worked for several global institutions; covering intermediary, buy and sell side, entrepreneurial and now in a professional education business environment - throughout the Alternative Investment industry. 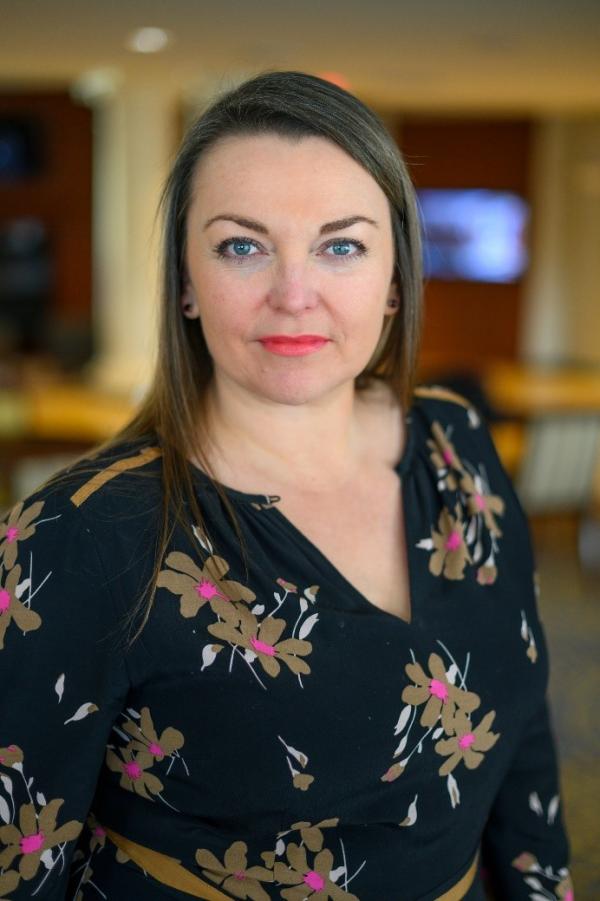 In 2000, Jo joined HSBC Securities Services (previously Bank of Bermuda) as Head of Sales, Asia Pacific (based in Hong Kong) and in 2005 moved on to Head of Sales Asia (ex-Japan) and Product Specialist for all alternative investment products at Deutsche Asset Management (in Singapore).  In 2008 Jo joined Triple A Partners, a privately held group.  In early 2012 Jo joined the Chartered Alternative Investment Analyst (CAIA) Association, the international leader in alternative investment education and provider of the CAIA designation, as Managing Director, Asia Pacific.

Jo enjoys the reputation of being hard-working, capable, committed and commercial; was voted “Asia’s most influential woman in the alternative sector” and also one of “The 25 most influential people in Asian hedge funds” by the industry’s leading Asian Investor magazine.  Jo also was a founding member of the Hong Kong AIMA Chapter, previously held an Executive Committee Member position and now sits on its Education Committee.   Further, she also holds a number of corporate advisory positions, is a Fellow of SUSS (Singapore) as well as an advisory council member of UPACA Gurukul (India).