The Future: Where is the Indian Market Going? 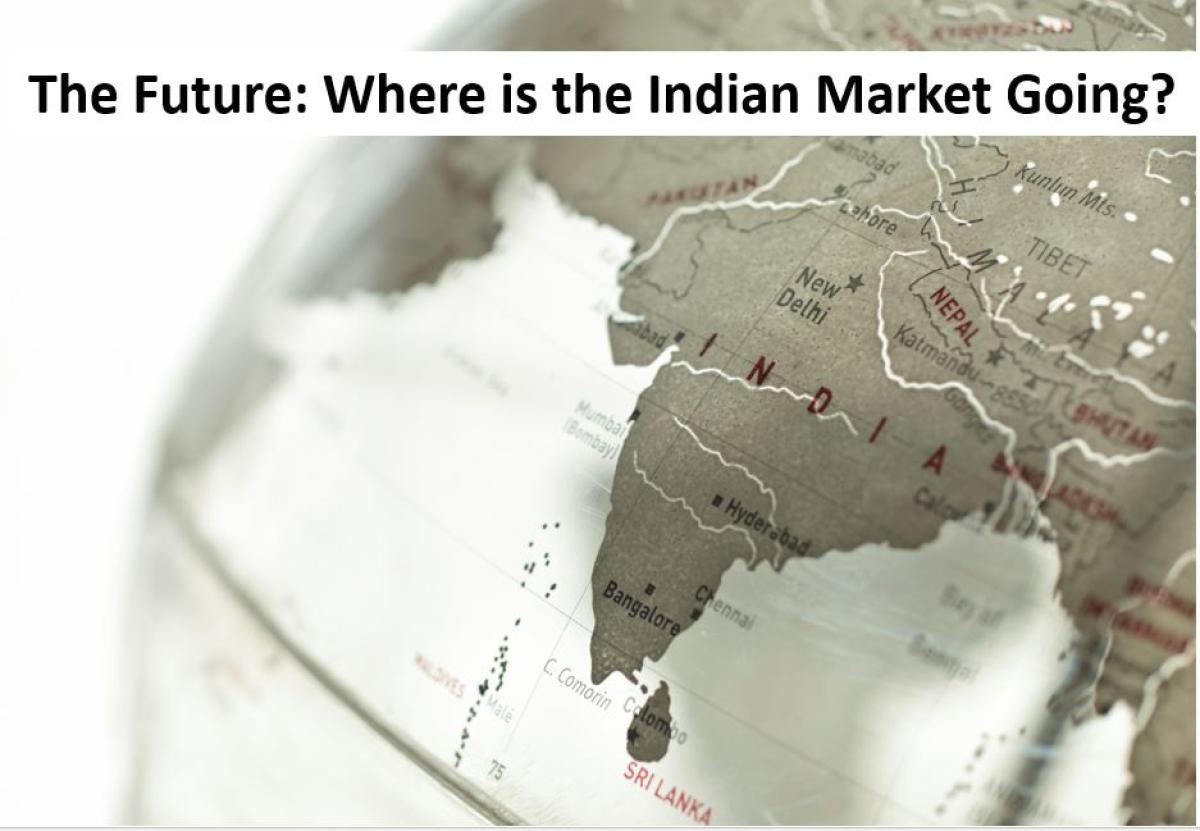 Venture capital and private equity are rapidly growing sources of capital in India. This growth has been spurred by many factors: India’s market size, a combination of new and established entrepreneurs and greater creativity in managing businesses; all of which has fed the enthusiasm of foreign general and limited partners.

A fundamental factor driving the rapid growth in PEVC is simply the gargantuan size of the Indian market - over one billion people. A key investment rationale of GPs like Sequoia is market size. The reason is simple - they have billions of dollars to invest and portfolio companies must grow to become large enough to absorb such capital and provide a risk-adjusted return. One of Sequoia’s ed-tech portfolio companies in India, Byju’s, has nearly 80 million registered users. The startup, in business for nearly a decade, commands a valuation of nearly $20 billion.

The other key factor driving market size is the high potential demand for various products and services that remain unsatisfied. For example, there is a shortage of healthcare, infrastructure, financial services and many other products which provide viable investment opportunities for PEVC.

India is promoting a knowledge-based and digital economy. A driving force of the growth in tech startups is that technology is now readily available to achieve the scale needed to meet this huge demand. The growth of mobile phones and their affordability, supported by the internet, are creating new sources of demand not only from urban areas but from rural areas and the vast hinterland of India’s geography.

In the field of E-commerce, delivery agents are now widespread, providing the convenience of home deliveries. A good example is the 10-year-old Indian startup , Zomato, which, aided by its mobile phone app and delivery agents, has made more than a billion food deliveries to customers across the Indian landscape. Following its July 2021, IPO Zomato is now valued like a “decacorn” at nearly $12 billion. Zomato employs more than 250,000 delivery riders, giving them much needed income. The seed round domestic venture capital investors - InfoEdge- multiple of invested capital (MOIC) exceeded 1050x. InfoEdge financed the first four rounds solo. Other investor rounds later included Jack Ma’s Ant Financial, Tiger Global and other major names.

Success begets success and such returns are now attracting even more entrepreneurs and venture capitalists into India.

According to a paper published by the Asian Development Bank (ADB) Institute in Tokyo in 2020, India has an estimated 26,000 startups, making it the third-largest startup ecosystem in the world, recording consolidated inflows of over $36 billion in the past 3 years. Credit for much of the excitement must go to the Government of India and its institutions like InvestIndia, based in New Delhi.

Government policies which have caused a large influx of venture capital and private equity include: (a) subsidies for the establishment of startup accelerators across the country; ( b) establishing fund-of-funds such as that of SIDBI; and (c) listing reforms introduced by the SEBI.

SEBI has made it easier for entrepreneurs to exit their ventures, approving a reduction of the lock-in period on the 20% minimum entrepreneur shareholding, from three years to 18 months and on other pre-IPO shares to six months, except in situations of project financing.

The government has also committed that it will not resort to retrospective taxation. These policy reforms have substantially improved the investment environment for both domestic and international PE investors.

Government efforts have been complemented by venture capital funds like Sequoia setting up an incubator named Surge in New Delhi. Accel Partners has also set up their accelerator in Bengaluru.

New-age entrepreneurs have flourished in India’s digital economy, given their access to low-cost digital tools. These aggressive and creative entrepreneurs come from a variety of backgrounds, including engineering. Most are starting off alongside co-founders with complementary skills. They are typically in their late twenties to early thirties. They have embarked on innovative and disruptive business models, backed by seed capital and venture capital. These firms are often loss-making in pure balance sheet terms, but have grown rapidly in terms of the number of customers and improving economies of scale. Some of these new-age entrepreneurs are becoming serial entrepreneurs, moving from one successful venture to the next.

The wide variety of deals taking place bode well for the future of PEVC . Seven types of deals are noteworthy in the Indian PEVC marketplace.

1.           Growth investments aiming to capitalise on the rising consumer in India;

2.           Buyouts are attracting more capital from the likes of Blackstone, TPG and KKR. Both young and mature entrepreneurs are willing to exit;

4.           At least two SPAC deals have been closed including the $8 billion RenewPower, a Goldman Sachs portfolio company producing and selling renewable energy. Caisse de Depot et Placement du Quebec (CDPQ) did a buyout deal when it acquired the majority of the shares of Azure Power, another late-stage startup, retail energy company;

5.           Real estate vehicles like REITs and direct real estate investments. Examples are the Blackstone-backed REIT and a direct investment by a US pension fund CalPERS, a greenfield real estate development in Gurgaon.

7.           Venture Debt funds are in operation but the industry is at a nascent stage in India, though growing. The major player in this space is Singapore’s Temasek, having acquired the India operations of Silicon Valley Bank.

In the distressed space, further reforms are needed in the Insolvency and Bankruptcy Code, so that the whole investment process can be completed with finality in a set period of time. The Government has taken a favourable attitude towards distressed investing, primarily because jobs are protected if a distressed company can continue as a going concern, providing much-needed employment.

The bulk of the capital flowing into PE funds (around 85%) is sourced from LPs in the US, Canada, Europe and sovereign wealth funds like the Abu Dhabi Investment Authority, Qatar Investment Authority, Temasek and the Government of Singapore Investment Corporation. The challenge facing India is to develop its domestic LP community. The potential of domestic LPs is as yet untapped in any meaningful way.

Some steps have been taken in this regard. For example, domestic insurance companies have begun investing in SEBI-registered AIFs. Potential investors that need to grow their skill sets include the EPFO and the National Pension Scheme. In the long run, more capital flows should come from these domestic institutions.

Angel investors and associations have sprung up in many cities. This bodes well for the flow of angel capital into AIFs. An example is the IAN Venture Capital Fund established by the Indian Angel Network.

Besides the usual venture-specific factors, a number of critical risk factors are present in the Indian marketplace, with which fund managers are learning to cope. Two key risks in particular merit consideration: governance and ESG factors. Private equity funds are addressing these concerns in their portfolio companies at the due diligence stage, by identifying gaps and preparing a corrective action plan which is closely monitored. Where the concerns cannot be addressed, investors will walk away from the deals. On the governance front, director independence is being given more weight.

Considering the prospects mentioned above, the progress already achieved and case studies of successful private equity and venture capital funds, the outlook for such investments is positive.  The strengths of the Indian economy and the quality of its young founders is durable. The market has become mature to a large extent, though there is scope for further development. Annual capital flows in private equity and venture capital in India should rise from the current 2021 run rate of $48 billion to much higher levels in the years to come. 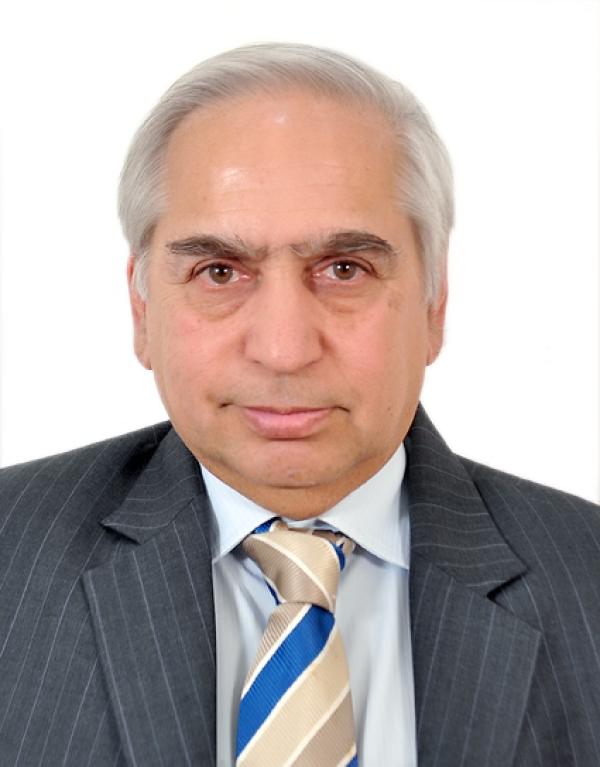 He managed a portfolio of 30 private equity and other funds as a limited partner, a direct investor and an investor in general partnerships. Arvind has engaged globally with the world's largest limited partners including sovereign wealth funds, pension funds and insurance companies. He has invested in, or raised capital from, many countries.

His training in investments, M&A and credit analysis was at the Harvard Business School, Citi, Goldman Sachs and the US SEC. He is the Chairman of Private Equity Pro Partners and an adviser to a cross-border hedge fund. He is a CFA Charterholder and FRM, GARP. He lends a hand to the Laksh Foundation.